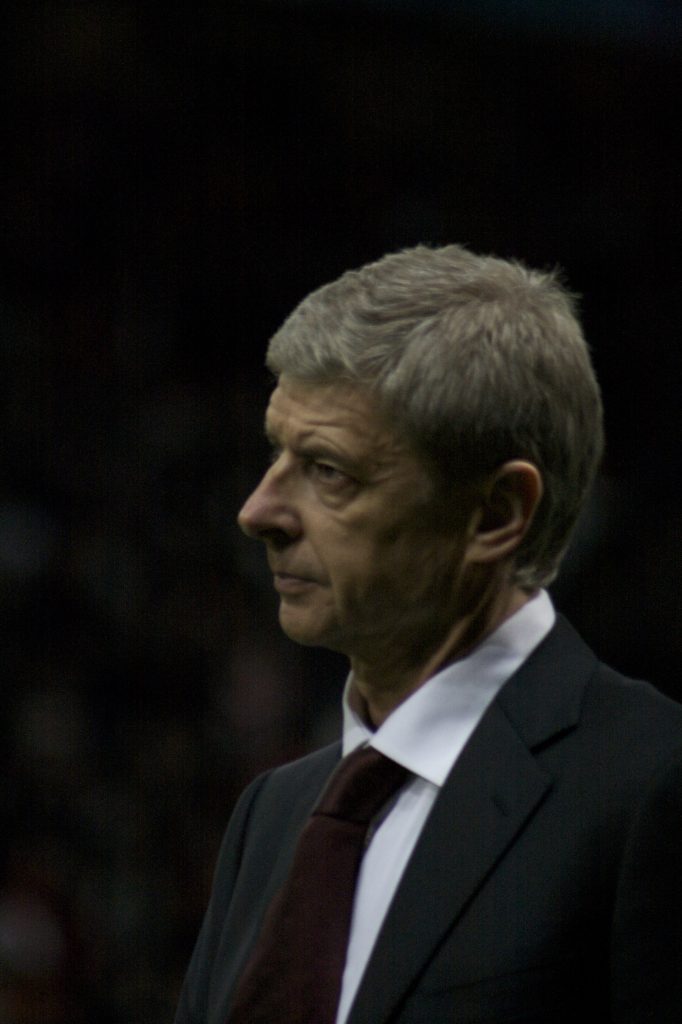 On Friday morning, Arsenal fans across the land woke up to the unexpected announcement of Arsène Wenger’s decision to step down as Arsenal manager, effective at the end of this season.

This is not the moment to reflect on a toxic season where the dissatisfaction of fans seems to have reached an all-time low. It has been sad to see Wenger’s great achievements at the club overshadowed by fan protests and widespread condemnation by pundits over the last few years.

The last few Premier League games and the remainder of the Europa League campaign must surely generate a positive farewell to Arsenal’s greatest manager since Herbert Chapman, and supporters of London’s biggest club must now be magnanimous towards the man who has become devil incarnate at the club in many people’s eyes.

Arsène Wenger has come to be synonymous with Arsenal, the most famous of footballing figureheads but has increasingly become a man who has stood still, whilst his peers and disciples have flocked past him into pastures new. But whilst Wenger has become this stale figure in a club losing ground to its five major rivals, it must not be forgotten how revolutionary he was upon his introduction to English football. It is ironic that the man who had the greatest effect on the English game in the modern era would become a bastion of footballing conservatism and gross leadership errors in the later years. Similarly, a charismatic and professorial Frenchman who offered a fresh alternative to British lumpenproletariat attitudes in the nineties would eventually appear dogmatic and out-of-touch.

It is to Wenger’s great credit that the vast majority of his former players in the media have been hesitant to criticise Wenger in light of recent disappointments. They still discuss Wenger as the man who coached Arsenal to two Doubles and an unprecedented unbeaten season in 2003/04.

Another great reflection of his legacy is in the language used by his players when discussing him. Kolo Touré, Robin van Persie, Cesc Fàbregas and later Jack Wilshere have all spoken of Wenger as a father figure and the crucial influence in their careers. Wenger has never lost his man-management skills which have hugely contributed to the development of some of the finest players seen in the English game.

Wenger’s recent Arsenal teams have perennially been criticised for being defensively weak with a soft core, something that perhaps best explains Arsenal’s dire away record this season – 12th best in the league – as teams have had played aggressively against one of England’s top teams. Any fan remembering Arsenal of the late nineties and early noughties will recall an aggressive side who combined sublime technique with brute physicality – best embodied by Martin Keown and Tony Adams – in stark contrast to the current state of affairs.

Despite recent disillusionment with my team, my continued commitment to supporting Arsenal has been founded on the class espoused by the club in contrast to the antics of its rivals, whilst attempting to play a positive brand of football that has actually been successful in the last four years. Arsène Wenger was at the heart of this transformation; he turned the club from the curmudgeonly “boring, boring Arsenal” under George Graham and Bruce Rioch to a stylish and appealing club with a global reputation for success and setting the standards in English football.

Throughout protests and protestations by Arsenal fans at recent pitfalls – myself included in these disappointments – the club we hope can succeed in the future is the same club that Wenger has transformed and for whom the end is nigh, and this should not be forgotten.

Whilst Arsenal’s barren trophy spell between 2005 and 2014 was considered a failure, it is also true that Liverpool and Tottenham would have loved to have failed in the same way, with annual Champions League competition and the best football in the country at that time. Clearly times have changed with the current strength of these two clubs, but that barren period for Arsenal was still a whole lot better than the turmoil of their badly-run rivals.

Gary Neville’s comments about Wenger’s imminent departure were insightful. He has been one of Wenger’s greatest critics in recent times in his role at Sky, but candidly shared his great respect for the Frenchman – an individual Neville stated – who changed the way in which Manchester United would play after the domestic dominance of Arsenal in the 1998 Double-winning side. Arsène Wenger was the only manager to challenge Sir Alex Ferguson in English football over a prolonged period of time – a challenge immortalised by the symbolic clinching of the title at Old Trafford in 2002.

As a fan whose earliest memories of supporting Arsenal are of their brave but unsuccessful Champions League campaign in 2006, it’s difficult to envisage those gloriously successful days of Arsenal’s modern history, having followed the club through their decade-long decline to the sixth-best team in England. Perhaps this is why there is such a divide between those who have continually supported Wenger in these hard times and for those who have called for his head. For the younger generations, the great teams Wenger produced have not shaped their experience of Arsenal and therefore do not offset the agony of Arsenal’s league and Champions League performances of late.

But as Ivan Gazidis said in his press conference, this is not the time to lament recent failures or analyse their roots – rather, to celebrate a flawed and enigmatic individual who transformed the English game and the North London club whom he undoubtedly still loves.

One of the saddest images of Wenger’s later years is of Stoke City fans mocking his wild gesticulations on the touchline in the Potteries. Perhaps it is fitting that the narrow-minded Stoke City look set to accompany Wenger in departing England’s top flight at the end of this season, having had very little impact in their ugly decade at the top, unlike the man who had grand visions for the beautiful game.