One of the most debated and intriguing topics of the US Democratic Presidential Primaries is healthcare. The current frontrunners for the Democratic nomination, former Vice President Joe Biden and Senator Bernie Sanders, clash on the topic. While Biden seeks an expansion of the Affordable Care Act, commonly referred to as Obamacare, Senator Sanders is a staunch advocate for Medicare for All, a complete overhaul of the current privatisation of the healthcare system.

So, what is Medicare?

A program around in a concrete way since 1965, Medicare is a tax-payer funded and “government-run health insurance program that covers all Americans 65 and older.” [1] According to a Kaiser Family Foundation report from 2018, around 14% of all Americans are covered by Medicare, and another 20% by Medicaid [2], “a federal and state-run program that “serves low income people of every age.” [3] That leaves 66% of the population, 49% covered by an employer, 6% covered by private and privately accessed insurance, 9% uninsured, and 1% covered by the military.

Where do Sanders and Biden Clash?

While Sanders advocates a progressive, “‘all or nothing’ stance” toward Medicare for All, Biden is reticent to embrace large of a reform.[4]

Sanders’ policy would move Americans who access healthcare through their employer or privately, or are uninsured, to the federal-government-funded Medicare program. His plan would “provide fairly comprehensive coverage, as Medicare does now, all with no copays, premiums or deductibles. It would include inpatient and outpatient hospital care, emergency services, preventative services, most prescription drugs, as well as dental and vision coverage. His 2019 plan also covers long-term or nursing home care. The only potential for out-of-pocket fees would be for some prescription drugs and certain elective procedures.” [5]

Biden falls into the body of Democrats who oppose Medicare for All, but seek an expansion of the Affordable Care Act (the ACA). [6] In his Presidential platform, Biden declares that he will expand the ACA in three ways. First, giving Americans a choice between private insurance or the “purchase [of] a public health insurance option like Medicare.” Next, he aims to reduce the overall cost of the healthcare system for individuals, again through the provision of Medicare-like public programs, tax credits for middle-class families, and more active antitrust measures against key players in the healthcare market. Finally, Biden declares that he will “put a stop to runaway drug prices and the profiteering of the drug industry.” [7] 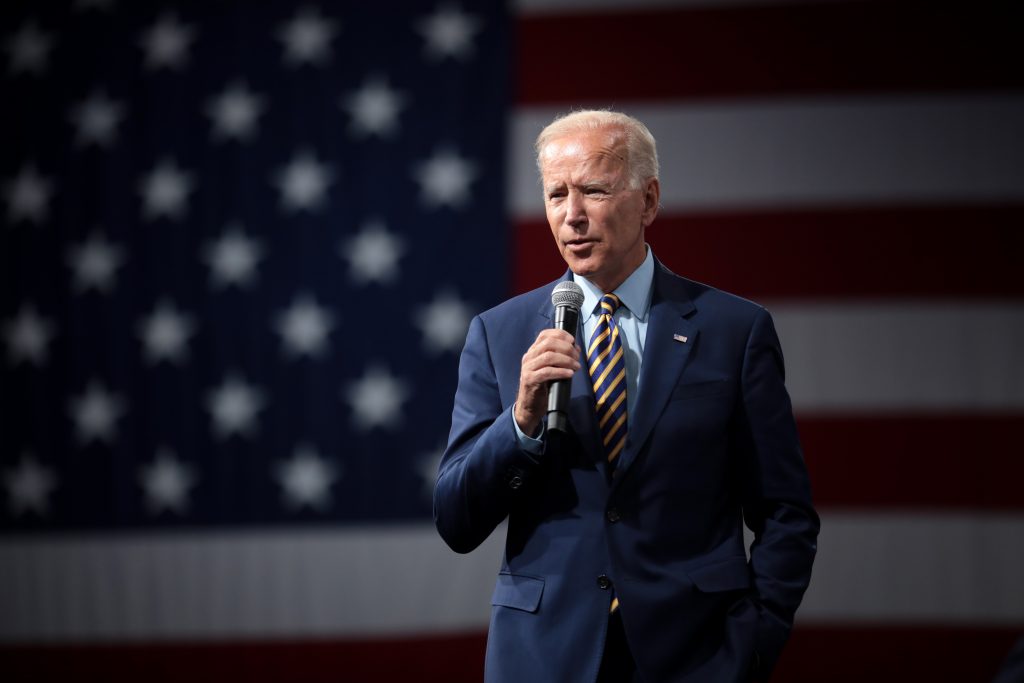 Support for Biden’s hybrid-style healthcare reform can be summed up in the words of Emily Gee, health economist for the Center for American Progress. She states that “the benefit of the public option is twofold: it provides an immediate, lower-cost choice for people who lack good options for private insurance, and it injects competition into insurance markets.” [8]

Biden’s platform leaves room for private insurance in what has been dubbed the “Golden Age of growth” for the Health Insurance industry, in terms of both sales and profit [9]

But, should profit maximisation actually be the goal?

It’s A Question of How We Measure Success

It would seem that the only real difference between the platforms of Sanders and Biden are that the latter wishes to retain a certain level of privatisation in the industry. The two democrats actually seek to achieve similar aims in terms of healthcare reform. So, the question seems to be: should the healthcare system remain an industry defined in terms of sales and profit maximisation, or should healthcare be made a truly public service, provided for the good of the people and measured in terms of their well-being?

In This Could Be Our Future: A Manifesto for a More Generous World, author Yancey Strickler, a co-founder of Kickstarter, argues that our measurement of success – within the world of politics and capitalist society as a whole – is what justifies ongoing reticence toward reforming the healthcare system in the US.

Strickler explains that we have ‘hidden defaults’ as a society, essentially “unseen influences on our behavior” (2019, 18). One of the greatest defaults we are plagued by is that of financial maximization. Around the capitalist world and especially in the US, the default toward financial maximisation tells us that “in any decision, the rational choice to the one that makes the most money,” and though this may not be a conscious thought process, the nature of a hidden default is that it doesn’t have to be in order to influence our decisions (Strickler, 2019, 22).

Can Biden’s reluctance to abandon private healthcare be seen as an example of our default toward financial maximisation? Biden’s critique of Sanders’ plan is that the cost of the tax increase required by Medicare for All is enough to scrap the initiative outright. Sanders’ response is that the tax increases will be outweighed by the lower cost of healthcare overall. [10]

In the United States, health spending per person is “2.5 times the average for the OECD.” [11] For reference, only 3 countries in the OECD do not offer universal healthcare – the US, Poland, and Greece. The other 33 embrace a universal and comprehensive system that actually costs less per person than the current system in the US. Even if the goal is to save money, the US is failing. [12]

But again, that raises the question of if that should be the goal at all? Money, profit, savings – what does this have to do with the health of a population?

Sanders argues that Medicare for All is the “only way to address deeper problems in the healthcare system, from medical bankruptcies to high maternal mortality rates, especially among poor and minority women.” [13] It would seem that Sanders grasps what Biden won’t: healthcare as a private industry in any capacity seeks success in the wrong places. The fact that Biden can justify the continuation of a private “health care system that causes 62 percent of personal bankruptcies,” is telling of his hidden default toward financial maximisation for the industry at the expense of the American public (Strickler, 2019, 22). Furthermore, the position that healthcare should be a privatised industry in any capacity – a region of the economy in which profit can be made off people’s sickness or fear – is something that Biden won’t abandon completely. The measure of success for Biden’s ACA reform and opposition to Medicare is profit – if it was truly well being of the people, it would not require the continuation of privatised healthcare.

While Sanders’ initiative is bold, progressive, and would require a certain level of financial sacrifice in its early days, he brings attention to the idea that the true wellbeing of the people is worth more than the cost of transitioning to Medicare for All and valuable beyond compare to the continuation of the exploitative and profit-hungry privatised healthcare system in the United States. The measurement of success should not be monetary in the world of healthcare, a notion that Bernie understands but Biden won’t accept. 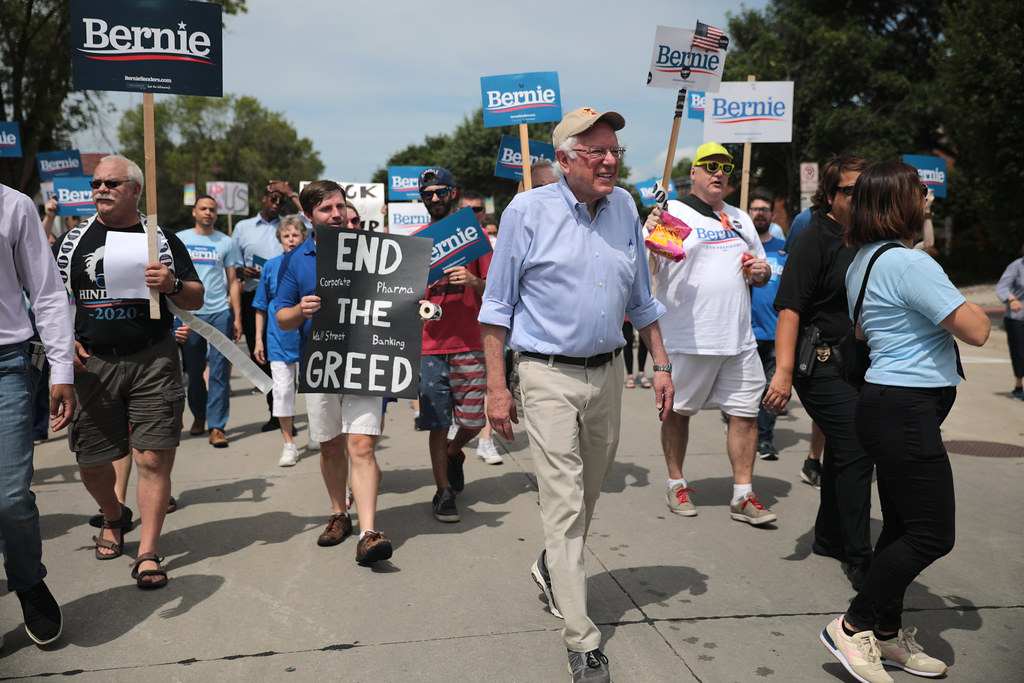