Environment Week Series 2015: An Eco-internship in the Arctic

Mariama Dryak in Environment on 13 November, 2015. 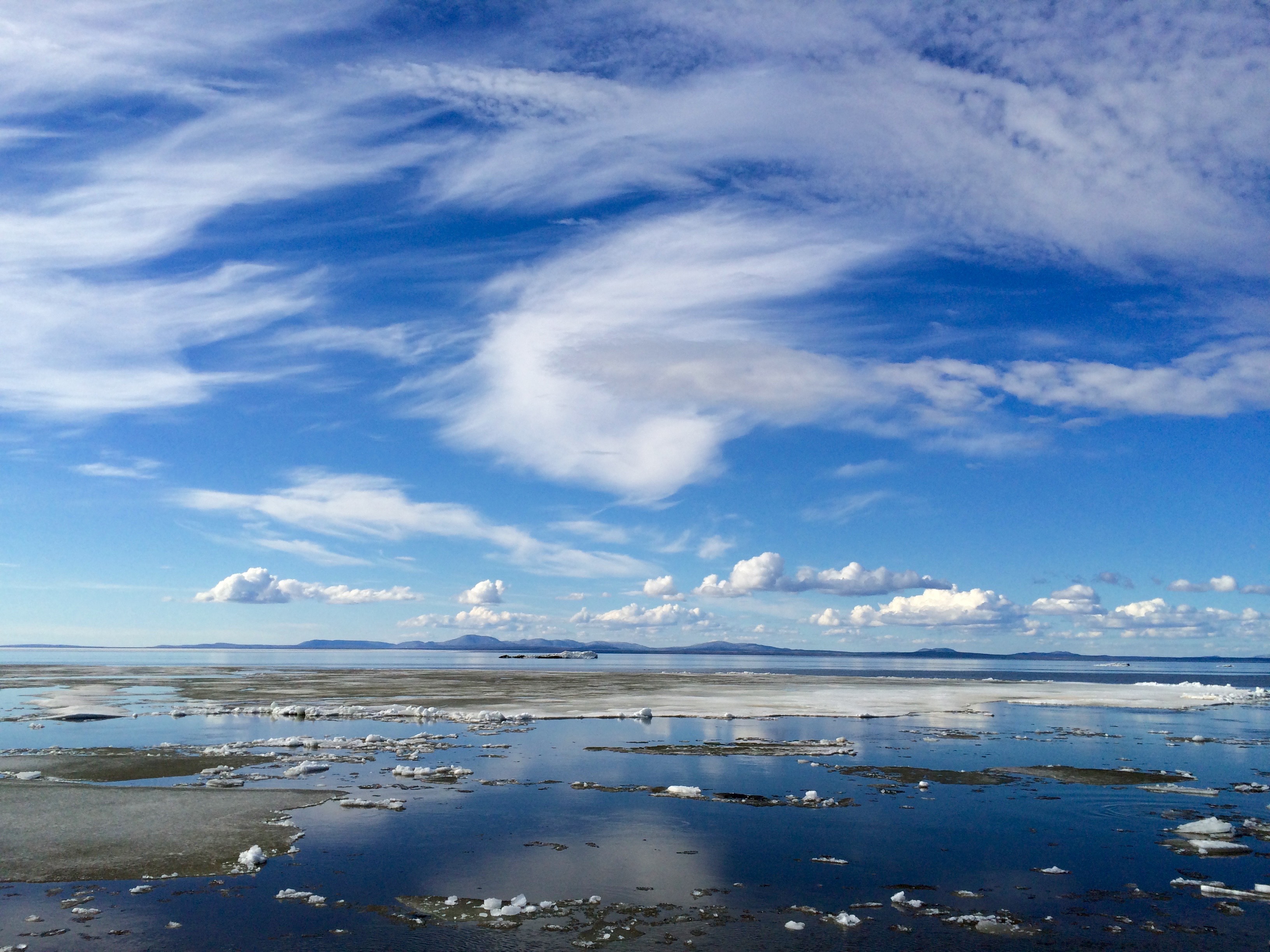 Kotzebu, Alaska, is home to many people and animals – all feeling the effects of climate change.

Approximately a year and a half ago I was getting restless with my plans for the summer and my heart was filled with wanderlust. Where did I really want to go? Alaska. What did I really want to do? Archaeology and something to do with the environment. So, naturally, I typed into Google ‘2015 Alaska archaeology internships’ and clicked enter. One of the results that ensued changed my life forever. Right there, beneath the search box, I found an internship currently taking place that called for an adventurous individual. This individual had to be up for backcountry camping and wilderness submersion in order to carry out archaeology surveys along the northwest Alaskan coasts. These surveys were to take place to assess how climate change has impacted cultural resources in the northwest Alaskan region. I immediately located the contact information of the supervisor and emailed him straight away. Nine months later, despite having not gotten a response to my email, I stumbled upon the application again. I applied.

And then there I was, 33 miles north of the Arctic Circle, in Kotzebue, AK at the headquarters of the Western Arctic National Parklands (WEAR) doing just that—assessing the effects of climate change on cultural resources along the northwest coasts of Alaska. WEAR encompasses over 11 million acres of the most remote parklands in the United States, this land covers four different national conservation entities, including Bering Land Bridge National Preserve (BELA), Cape Krusenstern National Monument (CAKR), Noatak National Preserve (NOAT) and Kobuk Valley National Park (KOVA). Kotzebue itself is very remote, being only accessible via air, with a population of approximately 3200 people. Access to the parks is similarly limited to flights in and out of the park boundaries.

The aim of the project to which I was assigned was to assess the degree to which the cultural resources in northwest Alaska were being impacted by climate change and then to inform the public of our findings. These aims were met through a combination of project segments. When out in the field, surveys of coastal terrain were conducted to assess the condition of both known and new cultural resources that are in danger of loss due to climate change induced events (such as receding coast, erosion, storm surges, etc.). These surveys take place in the backcountry, where backpacking and camping are necessary. Whilst in the office, data entry, transcribing journals and updating photos logs are routine post-fieldwork activities. In addition to these responsibilities, my position is tasked with assembling a media project on climate change’s impacts on cultural resources in Alaska. For this project I have interviewed people from various scientific disciplines (anthropology, archaeology, biology, etc.) as well as some native citizens, to obtain their perspectives on this issue in the arctic. This completed project now acts as an informative video for the public to better understand the magnification of the effects of climate change on the environment in northwest Alaska and the final product of these films can be found here: http://www.nps.gov/media/video/view.htm?id=443961AF-1DD8-B71C-07CEEDEFBF16137C

One of the most memorable and significant events that I experienced within my position, took place on one of our backpacking trips along the coast of the Good Hope Bay in BELA. We had set off earlier in the morning and had been hiking east along the coast for a couple hours, surveying for cultural resources, when we came upon an actively eroding tundra bluff. At various points along this bluff we discovered archaeological and paleontological artifacts—the loss of which would have been unfortunate—but what resounded with me most was the rapidly melting permafrost. Upon closer inspection of the bluffs one could actually see a thick 2–3 foot ice lens rapidly being lost before your eyes. It appeared to be melting at such a rapid rate that you could hear a stream of water trickling down onto the beach, and see the large extent of saturation of the soil layer immediately below the layer of ice. Although I had been educated to know that melting permafrost was a major cause of the coastline loss, it shocked me to see it so vividly portrayed right there before me. The archaeological evidence was recorded using GPS, and Trimble points were taken. This current coastline was recorded using GPS and was later discovered to have suffered a 2–7 meter coastline loss since its last measurement in 2003. We continued on our hike for another couple kilometers until we reached a river too wide to cross, after which we backpacked our gear back to camp, cooked dinner and turned in for the day. A routine such as this was repeated daily out in the field, however sometimes testpits would be dug to sample a site for cultural material.

Whilst in Kotzebue, I had the opportunity to participate in various activities actively practiced by local natives. Qatnut is a bi-annual festival that takes place over the Fourth of July weekend where people from surrounding villages gather to compete in ‘Eskimo games’, participate in Inupiaq dances and showcase the native arts and crafts of the area to the community. During these festivities, I was able to witness the events of the festival and try various traditional Inupiaq foods not normally available to a non-native individual including beluga whale (muktuk), seal meat and fish eggs. Additionally, due to the population’s major dependence on subsistence activities, I have been able to experience processing salmon for consumption (all the way from gathering the salmon from fishnets, to gutting the fish, followed by preparing, cooking and eating them) and to gather blueberries on the tundra in the autumn when the berries are most ripe. These activities have been very constructive not only in teaching me to appreciate the time it takes to prepare and process foods independent of grocery stores and modern conveniences, but also in realizing how much more difficult the changing climate in the arctic is making the process of collecting these foods. Due to warming temperatures, game migration routes are changing. As a result of the loss of multi-year sea ice in the arctic more and more animals, on which many native people depend on for survival, are struggling to find appropriate habitats for rearing their young.

These are just a select few of many, many issues facing peoples in the arctic today. For a more extensive explanation of the changes being experienced in the arctic as a result of climate change, please do check out the aforementioned videos. It is sometimes difficult to grasp why we, who are so removed from all of these issues, should care about these rapidly changing environments located miles and miles away from where we reside today. However, these changes in the northernmost areas of our planet, will most definitely affect other areas of the globe through sea level rise due to sea ice melt and ecosystem loss—resulting in widespread effects felt globally.

The arctic offers us a look at a sample of the changes that the rest of the world could experience in the future, maybe not in the exact form and circumstance, but changes nevertheless. Due to the fact that it is seeing such widespread climatic transitions, the rest of the world needs to care and react to these issues right now. The arctic is the miners’ canary of climate change and if we don’t do anything to stem the tide, the ecosystems of the rest of the world will soon be devastated next.