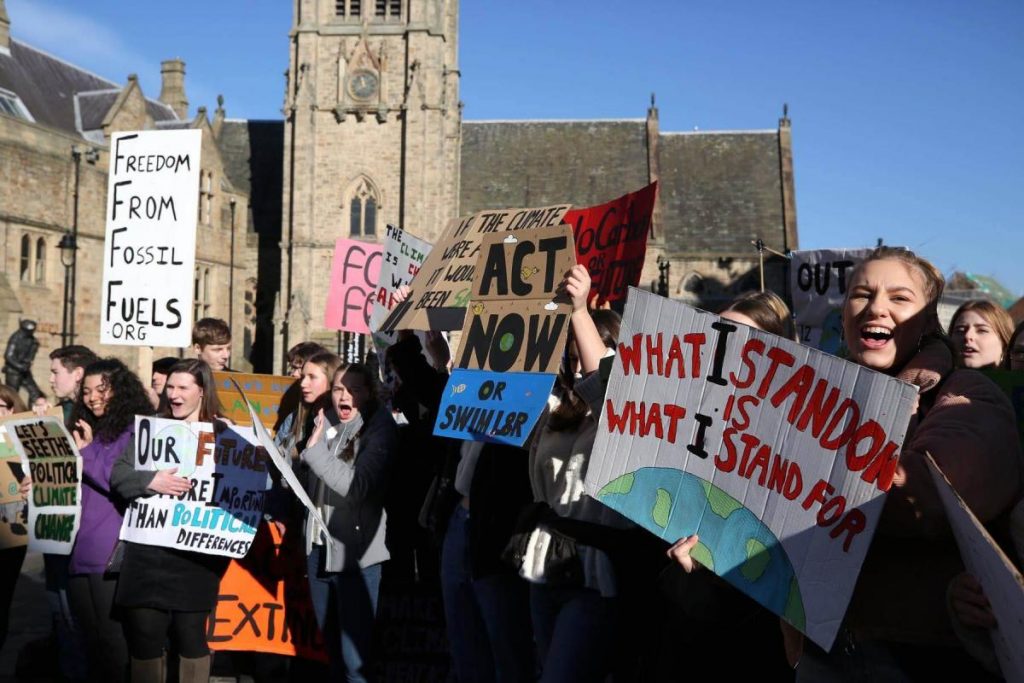 On the 15th February 2019 (last Friday), the eyes of the UK were focused on climate change. Specifically, eyes were on school children being more passionate, mature and diligent about one of the world’s biggest issues than the elites in Davos will ever be. School strikes on climate change have spread to at least 270 towns and cities in countries across the world, including Australia, Belgium, Switzerland, Germany, the US, Canada, Japan and the UK.

More than 10,000 young people in at least 60 towns and cities in the UK joined the protest, and for the first time since the most recent UN support the media was saturated with headlines on Climate Change.

The response of a select few politicians demonstrates exactly why the protests took place. Former primary school teacher and Conservative MP William Wragg told the Sunday Express “I would not encourage a walk out, it’s far more fruitful to learn about climate change in school”, despite the fact climate change is not an inherent part of the UK school curriculum. Toby Young, former director of the New Schools Network “Calling this strike is ridiculous. What are they going to do? Down pencils? This is just truanting” 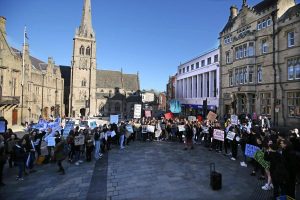 November 2018; thousands of Australian children struck school in defiance of the prime minister to protest for greater action on climate change. Organisers estimated around 15,000 left their classrooms in 30 locations across the country, including Melbourne, Brisbane and Perth, carrying signs reading “procrastinating is our job not yours” and “I’ve seen smarter Cabinets at Ikea”. There were similar protests in Canberra and Hobart also.

10th January 2019: 3000 young people took to the streets of Brussels, calling for climate action outside the the European Parliament. A week later on 17 January, 12,500 came out (part of the crowd shown in pictures below). On 24 January, over 32,000 took part, with another 5000 coming out in other Belgian cities.

Youth Strike 4 Climate organisers say strikes took place in 60 towns and cities across the country from Cornwall to the Scottish Highlands, in the face of “an alarming lack of Government leadership” on climate change.

This eruption in protests on Climate Change has been inspired by one girl; Greta Thernberg. 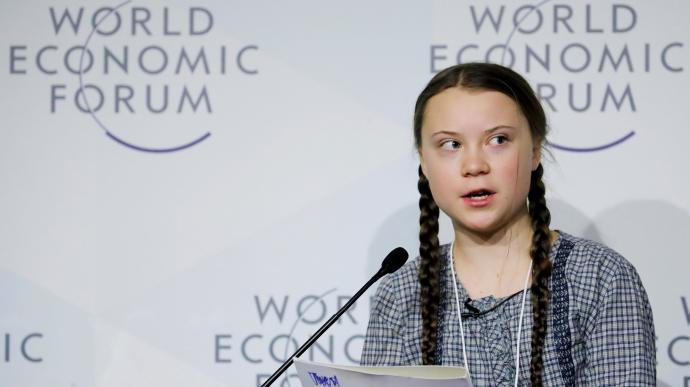 Greta began a solo climate protest by striking from school in Sweden in August. She refused to go to school until Sweden’s general election on the 9th September 2018, and as a result school strikes have spread to at least 270 towns and cities in countries across the world. Her determination is fierce, as Sweden is seemingly one of the leaders in tackling climate change; however it still has one of the biggest carbon footprints in the world. 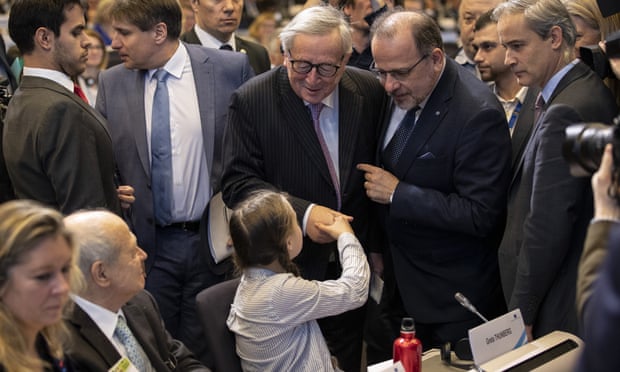 “Everyone believes that we can solve the crisis without effort, without sacrifice”, says Greta. “I don’t care if I get into trouble at school. I believe that one person can make a difference… it proves you are never too small to make a difference”.

Her strike will end when Sweden begins cutting its carbon emissions by a dramatic 15% a year.

Credit: “We Don’t Have Time”

She rightly accused the UN of behaving like irresponsible children, it quite frankly speaks volumes that a 16 year old girl had more insight than a room full of the world’s supposed elites in international diplomacy.

She made her most infamous mark on the world at the World Economic Forum in Davos. 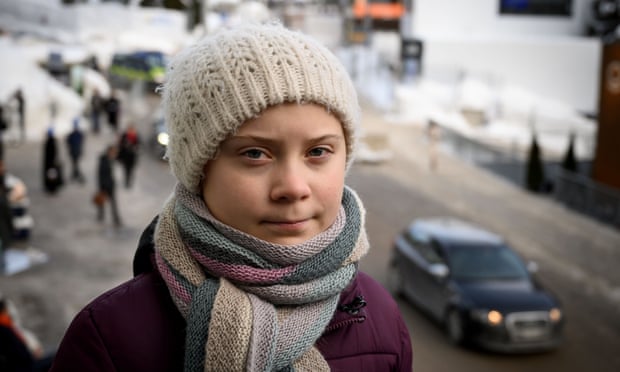 “My brain works a bit different and so I see things in black and white. Either we start a chain reaction with events beyond our control, or we don’t. Either we stop the emissions or we don’t. There are no grey areas when it comes to survival”

Jennifer Morgan, says she’s disappointed that Davos hasn’t provided the “moral, business and political” leadership needed to fight global warming. “Why isn’t the Davos elite responding with the scale and pace required? Short-term business interests and making a greater profit, whatever the cost to others… We have no time to waste“.

The World Bank CEO Kristalina Georgieva begs that we “think of the children on climate change”, “when you think about climate, get a photo of your children and grandchildren in front of you.”

Finally, Christine Lagarde the Managing Director and Chairwoman of the International Monetary Fund says that “If we don’t make the minimum global effort… rising temperatures will wipe out whole segments of economies, not to mention the dramatic human damage it will cause”.

What do we take from all of this? Greta Thernberg has become the inspiration and leader of the most important political message in the world. The climate protests rightly swept through the UK last Friday and they will continue to do so. Climate change affects our generation, and as the Davos Elite continue to take private jets to various conferences which achieve nothing but prestige, Climate Change increases in severity every single day. In the words of Greta, we need to panic.

Greta Thernberg ‘I want you to panic’- source: The Guardian