This is a Climate Election, not a General Election.

On the 12th December, the climate crisis needs to be in the forefront of voters’ minds as they check the ballot box.

The Committee for Climate Change released its annual progress report on the 9th July 2019, which detailed how the UK government has been performing over the past year on climate change targets. The independent writes that the “government has implemented only one of the 25 recommendations that the Committee made in its previous report.”

It has not gone unnoticed that the Conservatives have made a concerted effort to use climate change as a ploy to win over the electorate; do not be swayed. The recent fracking ban is only temporary and has numerous loopholes. The Tories are planning to invest in Argentina’s oil shale industry using a £1bn export finance commitment intended to support green energy.

The UK has made some progress on climate change, the 2008 Climate Change act was a breakthrough internationally; but this is the bare minimum and should not be positively compared to the atrocity that is the US approach to the climate crisis. The Committee on Climate Change explicitly writes that “UK action to curb greenhouse gas emissions is lagging far behind what is needed, even to meet previous, less stringent, emissions targets”.

The Tories are Climate Change Deniers

There is copious evidence that the Tories have continuously strayed away from climate change policy. They actively fuel climate change denial. Foreign Secretary Jeremy Hunt’s largest donation was £25,000 on May 22nd this year from First Corporate Shipping. Investigating this further, First Corporate Shipping is the trading name of Bristol Port, which is co-owned by Tory donors Terence Mordaunt and Sir David Ord. Maudaunt is a director of the Global Warming Policy Forum, the advocacy arm of the climate sceptic Global Warming Policy Foundation; which gives a platform to climate science deniers.

Mordaunt himself said that “our knowledge of global warming is very imperfect and that if it is happening, it is happening far slower than most experts and climate models have predicted”.

Johnson described concerns about climate change as a “primitive fear” that is “without foundation”; he has literally written his own article about this. 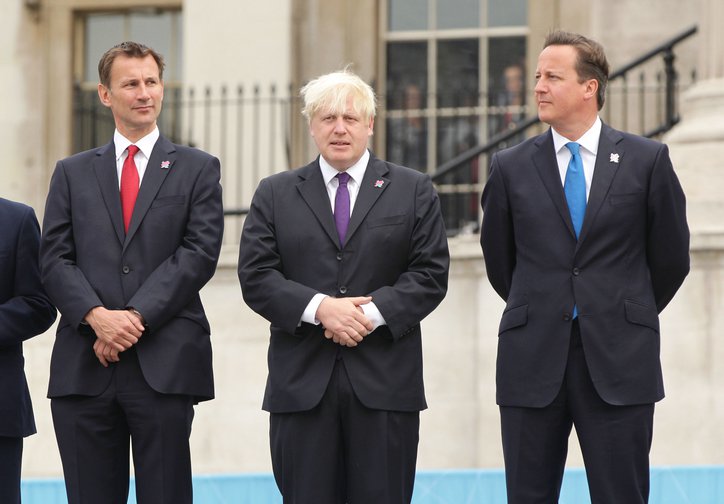 Philip Hammond publicly argued that the risks of rapid decarbonisation would pose a danger to economic growth.

The UK has to reach net zero carbon by 2050. From a leaked letter to Theresa May, Hammond made false claims that zero carbon is not possible and would take one trillion pounds. As James Dyke writes, structural changes are needed. It is unanimous in the energy sector, from academics and climate scientists alike that structural changes in the socio-economic system, as apart from green capitalist fixes, are needed to avoid a climate catastrophe. I highly recommend looking up the ‘De-Growth’ movement.

All major newspapers have written about major issues being neglected due to the Brexit deadlock.

Climate Change, the NHS and social care, failing public transport, housing, chronic homelessness and rising knife crime have been neglected; this is what makes this election so crucial.

This a three party election, and it is one of the most important elections in British history. Below is an infographic from The Guardian on the three leaders’ climate change voting record; it speaks volumes. 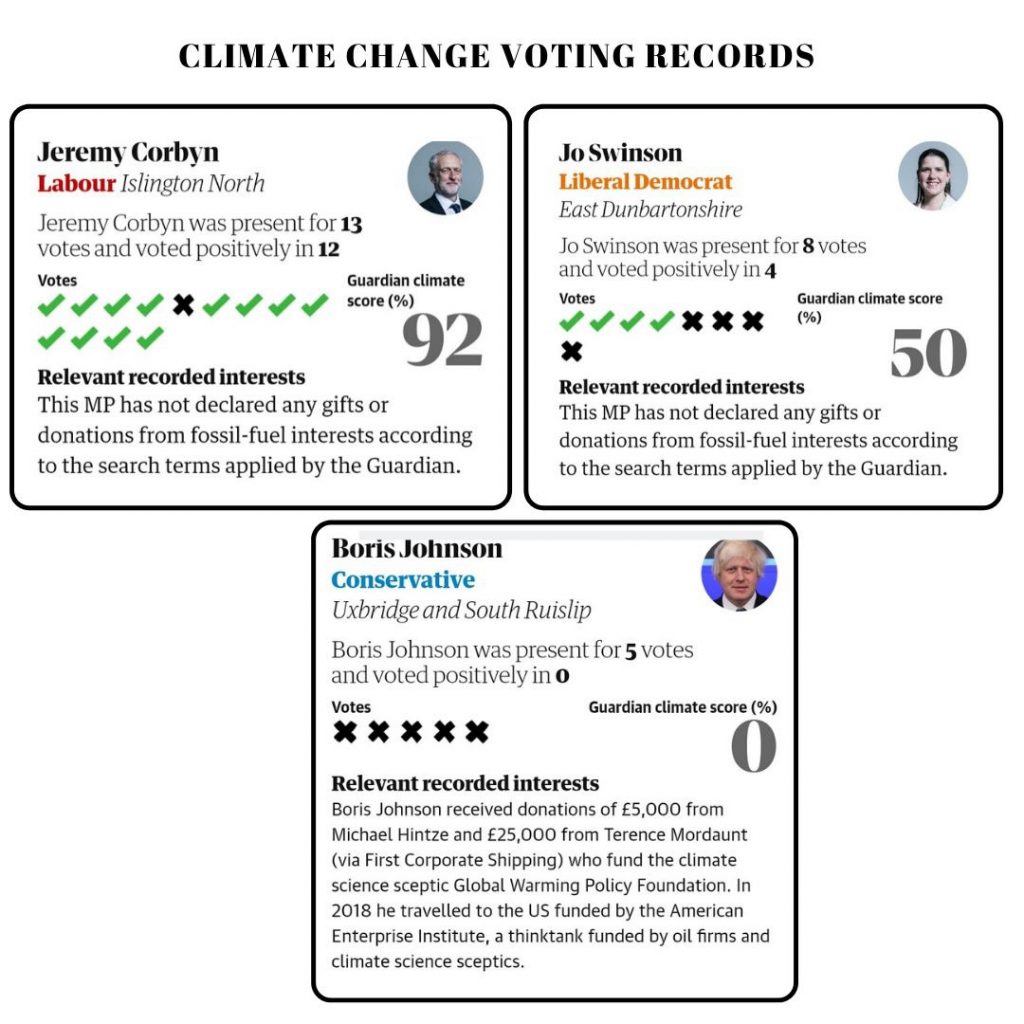 Yet again, 11,000 climate scientists have come together to emphasise the fact that most countries’ approach to climate change are ‘totally inadequate’.

My first article for The Bubble was in October 2018 titled ‘It’s Too Late’; it is now more than a year later, and nothing substantial has been done by the UK Government or International Climate Change community to tackle the climate crisis.

When you vote on December the 12th, climate change needs to be at the forefront of your mind.