Why We’re Setting Up Benefit 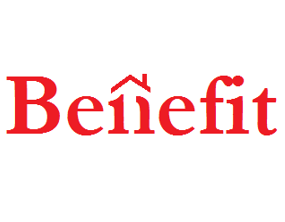 Benefit is aiming to create a micro-welfare state.

The precipice of May’s election for us was the Bedroom Tax. We saw it as a referendum on that one policy above all others.

In the event that the election result would see a continuation of the Bedroom Tax, I had discussed with my friend and co-founder of what would then be called Benefit, about setting up a charity devoted to helping those hit by the Bedroom Tax in our local area of Walthamstow and Chingford. We knew as the Exit Poll came through that the plan would go ahead.

In 2012, the Welfare Reform had in it an ‘under-occupancy penalty’, which would come to be known as the Bedroom Tax, which dictates that any Housing Benefit recipient possessing a ‘spare room’ would see reductions in the housing benefit they were entitled to. Two problems arose: a) there are fewer houses – let alone affordable ones – being built than ever, so occupants have nowhere else to downsize to, and b) tens of thousands of disabled people who use spare rooms for equipment would be hit. Worse still, this accompanies spiralling rents with little action on the private renting sector. The best way to bring down the Housing Benefit bill would be to build more homes. But that simply won’t happen under this government. Instead, they use a stick method and slash at housing benefit that goes directly to private landlords anyway.

We have now seen in the recent Summer Budget even more of this stick method by way of cuts to Housing Benefit and other welfare, most significantly the imposition of the Welfare Cap. Such legislation is projected to push hundreds of thousands of people into poverty, and of these people many are in rented accommodation that eats away at as much as a half of their income. The fear is that thousands will be made homeless as a result.

These people have been left behind by an ideological withdrawal of the welfare state. We, as a society, have to fill in the gaps. This is, of course, what David Cameron meant as the ‘Big Society’; that the charity sector would take over from the state, and we cannot let them off the hook for de-politicizing poverty: this is why any charity set up must have a campaigning wing, and is why this article may feel somewhat political. Benefit will also act as a campaign group to pressure change to policy, specifically on cuts to welfare, where those helped out can share their stories if they so wish, which can be used to increase awareness and grow the cause. Increasing awareness is also important because there is a great misconception about benefits, no doubt helped by far more powerful people than ourselves like tabloids and the folk behind ‘Benefits Street’, that must be challenged if we are to delegitimise and prevent welfare cuts in the long run.

But our primary plan after the election was not to stand idly by as thousands suffered. That’s why we’re setting up Benefit, to create a micro-welfare state.

Since the Budget, we decided that Benefit would be extended to anyone hit by cuts to benefits that go toward rent, alongside the people hit by Bedroom Tax that originally inspired its conception. It would start out localised but would hopefully branch out as we recruit help and financing. It would do so by printing posters and, basically, plastering them everywhere that would be helpful, such as at Job Centres. They would advertise the funds available via the charity.

Benefit works with donations. It then uses donations for events and fundraising which go wholly to non-repayable funds given to stricken renters struggling to keep up with housing costs; renters that can provide confirmation from the Department for Work and Pensions (DWP) that they have seen a reduction in their benefit claims can then request a payment.

It is in the early stages of being set up, so must get all the help it needs before the first funds are given out.

If you wish to donate, please visit benefitcharity.org. And if you are part of a campus campaign or society that can help fundraise or get involved, even better. We’d be utterly grateful.