Aux Barricades, Encore: An Update on the Strikes in France

One year on from the “Gilets Jaunes” protests, France has returned to its politically uprisen state. On the 5th of December, a wave of strikes – affecting public transport, education, healthcare, and other public sectors – began. According to the BBC, more than 800,000 people nationwide participated on Thursday, causing massive disruption: around 90% of high-speed trains within France were cancelled, nearly 30% of domestic flights were grounded, the Eurostar linking London and Paris ran only half of its services, and schools across the country were shut. This strike has made its presence immediately known. 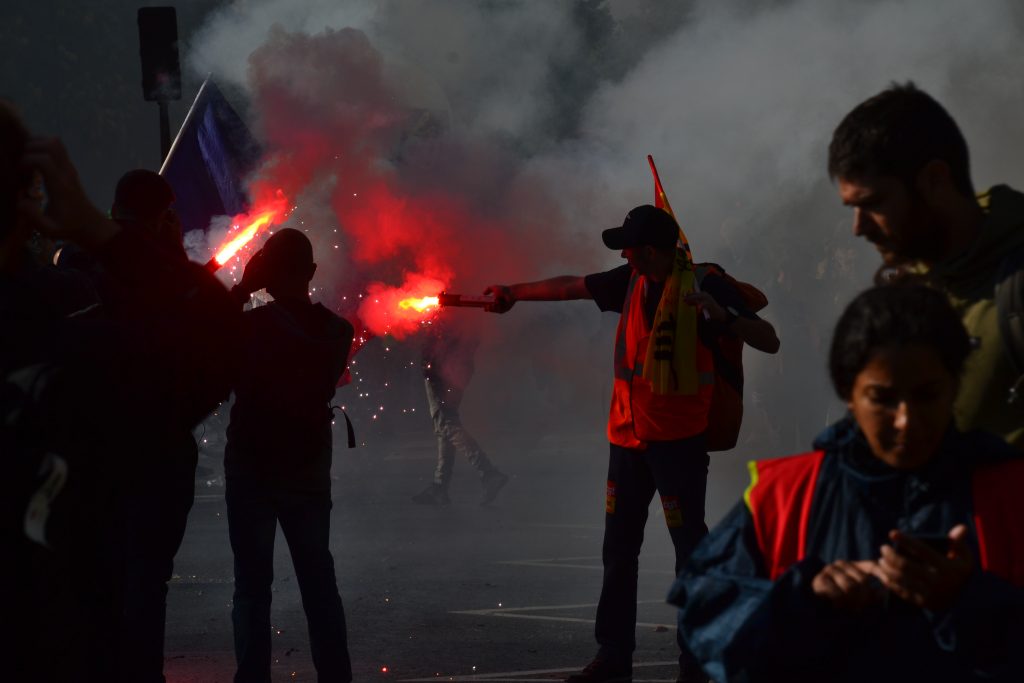 Image by Jeanne Menjoulet. Available on Flickr under Creative Commons 2.0.

Why are people striking?

Macron has proposed a reform that would consolidate the country’s now 42 different pension schemes into one universal system. This raises concern from workers fearing that this universal system will raise the retirement age whilst also diminishing the payout once retired – essentially forcing people to work longer for a more financially insecure future. [1]

This is not the first time President Macron has been hit with national uprisings in the wake of proposed reform. In 2018, the “Gilets Jaunes” movement took to the streets over an increase in fuel taxes that was seen to help the rich and harm the poorest of the country. [2]

Throughout the course of his presidency, Macron has made a stringent effort to shrink the welfare state, “slashing unemployment benefits and [making] it easier for companies to fire workers, while keeping a tight lid on the cost of public services.”  [3] As reported by the Guardian’s Cole Stangler, over the course of Macron’s presidential term his reforms seem to be linked by “the notion that France must be made more attractive for business” [4]. Stangler mentions that “much of France’s commercial elite now share a sense that their country is economically backwards,” citing frustration with pro-worker policies and an overemphasis on public spending that hurts the private sector [5]. Macron’s proposed reforms have attempted to break down these barriers to free enterprise and level France with its economically competitive neighbours – the UK and Germany.

It is, in part, Macron’s “pro-business” reputation that is agitating this current strike. The Guardian reports that “76% of French people back pensions reform, but 64% do not trust the government to pull it off” [6]. The general public fears that Macron wishes to only cut costs from the public sector as opposed to delivering a universal, fair, and comprehensive pension reform that would truly benefit the workers. There is a very real fear that Macron will shrink the retirement safety net and not truly reform it. 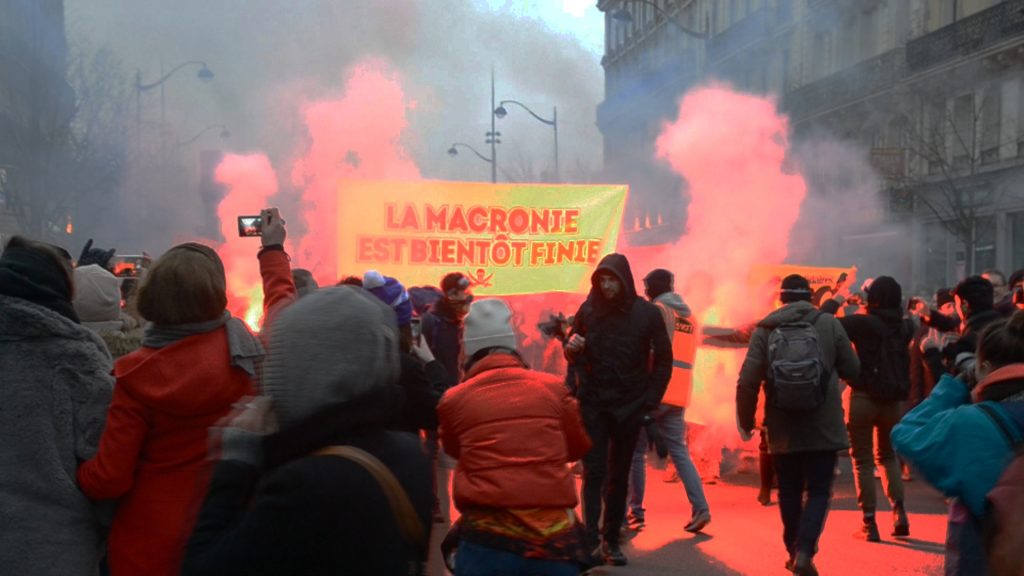 Image by Jeanne Menjoulet. Available on Flickr under Creative Commons 2.0.

The president’s pro-business reputation and track record in diminishing the public sector are making it seem like he is not the man to reform the French pension scheme. The country has “one of the best retirement systems in the world” and the public do not want to see and experience the system’s contraction. [7]

There is a clash in France between the workers and the business elites. While workers cherish the public sector, the private sector is upset that France is hindered by in a way that other, more economically prosperous countries, are not. The question underlying these strikes is whether the future of France is one that is overtly friendly to international business and domestic enterprise growth or one that holds dear one of the most successful welfare states in the world. Cole Stangler writes, “On paper, the UK and US might be more economically competitive than France, but at what cost? Can anyone truly say that neoliberal reforms have made them better countries to live in?” [8]

These strikes are expected to last for weeks, meaning both domestic and EU-wide disruption. According to Associated Press, “The government has opened talks with unions, business associations and professional organizations” [9]. But these conversations may not be enough. Many union leaders have said they will strike until Macron abandons the idea altogether, and with public support for the strike at nearly 70%, that isn’t an unlikely possibility. [10]