A Gendered Pandemic: Why Women in the Workforce Have Been Hit by COVID-19

This pandemic has brought to light what many have known for decades: in times of economic crisis, women in and out the workforce are hit hard.  Job losses from COVID-19 have affected women more than men, a reality that captures various issues of gender inequality in the global economy. Questions of unpaid housework, care and responsibilities at home, as well as what sectors female employees populate are all relevant to the discussion of gendered pandemic politics.

In a report published in July of 2020, McKinsey calculated that while women make up 39% of all those employed globally, they “account for 54% of overall job losses,” meaning that “women’s jobs are 1.8 times more vulnerable to this crisis than men’s jobs.” 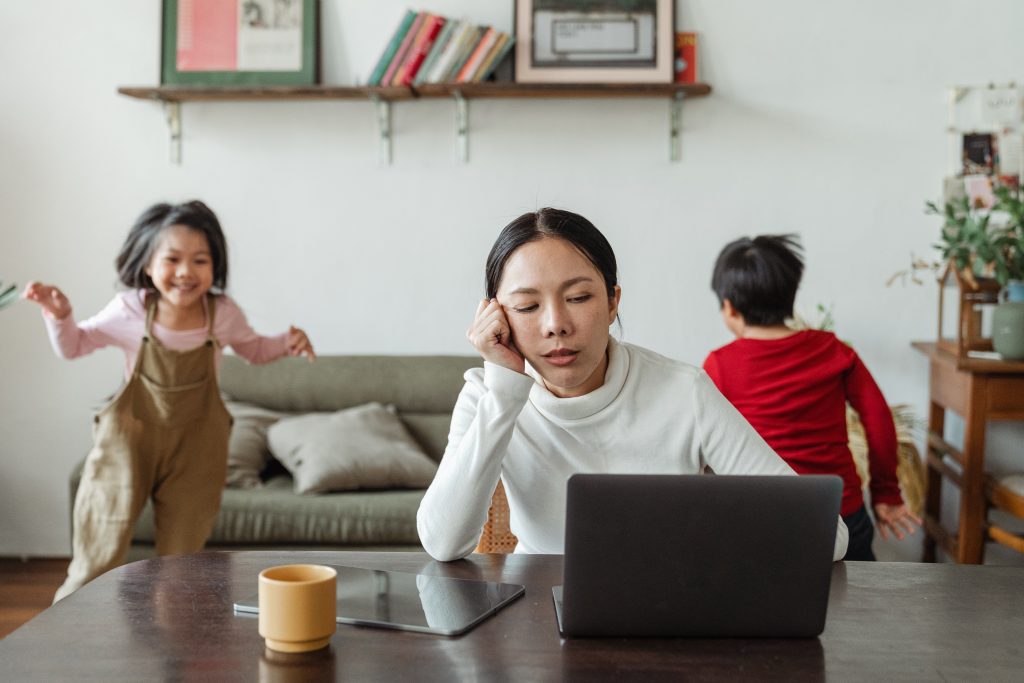 Image by Ketut Subiyanto. Available on Pexels under Creative Commons 2.0.

There are a few ways to explain this phenomenon. Firstly, “the nature of work remains significantly gender-specific: women and men tend to cluster in different occupations in both mature and emerging economies.” Women tend to populate sectors like hospitality and education – so-called ‘social’ or ‘face-to-face’ reliant work – more than men, meaning that they are more likely to lose employment. The result of these gendered industry realities is that “female jobs are 19 percent more at risk than male ones simply because women are disproportionately represented in sectors negatively affected by the COVID-19 crisis.” The logical follow-up from this reality is to ask why women are so over-represented in these fields? Is this representation itself a manifestation of gender disparity in the workforce?

The answer is, yes. Studies have consistently found that there exists  “a positive influence of gender diversity on firm performance,” meaning that  “more gender diverse corporations are more likely to display high returns, while those at the bottom of the diversity scale are clearly lagging in terms of performance.” Hence, it is not that women are not beneficial to industries like finance or science research, but rather that there exist “socially constructed barriers” for women that become more apparent when they are attempting to “integrate into a previously homogenous (male-dominated) group.” Women face a variety of challenges in trying to enter male-dominated industries, including but limited to, “societal expectations and beliefs about women’s leadership abilities,” lack of mentoring or role models, fewer career development opportunities, sexual harassment, and “pervasive stereotypes, such as that of the ‘caring mother’ or office housekeeper.” In this way, women in the workforce have been affected more by COVID-19 not just because of their over-representation in face-to-face industries, but because of the gender norms that have tunnelled them into these industries.

Over-representation in these social industries is one reason we’ve seen women more affected by job losses in the pandemic, another being the distinct societal stereotype of women as carers. The World Economic Forum explains that “Caregiving is an under-resourced, unpaid activity that falls disproportionately on women and girls worldwide. Those who care for a family member or loved one face an array of challenges as they juggle paid work, unpaid caregiving responsibilities, and their own personal needs and health – both of which are too often sacrificed.” The pandemic has shed a light on just how much this burden plays into a women’s ability to achieve and progress in the workforce. In a policy brief, The United Nations Entity for Gender Equality and the Empowerment of Women (UN Women) explains that majority of the work that goes into “ maintaining the health and well-being of children, older persons and other family members” is provided by women, as is “particularly time-consuming and cumbersome.” With schools and childcare alternatives disappearing during the pandemic, women in the now work-at-home-force are finding it challenging to balance their professional and personal responsibilities. This reality has seen many women “forced to cut back on their working hours or take a leave of absence. This impacts their ability to equally participate in the workplace.” As well, as this pandemic progresses and hopefully subsides, the fall in female productivity and representation in the workforce will only serve to increase pre-existing gender disparities and inequalities globally. Especially in those fields like finance, with already minimal female representation, this pandemic could knock women further down on the corporate ladder and farther away from equal representation. A McKinsey Report sums this up well, explaining that “the share of women in unpaid-care work has a high and negative correlation with female labour-force participation rates and a moderately negative correlation with women’s chances of participating in professional and technical jobs or of assuming leadership positions.”

As this pandemic continues, women continue to shoulder much of the unpaid housework and caregiving responsibilities, which, long-term, could negatively impact progress made on increasing female representation in male-dominated industries. If this reveals anything, it is that having women in male-dominated industries is not enough – there must be a greater understanding of the societal norms that surround women in the workforce and how, in times of crisis like this, women are faced with greater challenges than men at their same level.