The Television Editors in Editor's Picks Television on 11 December, 2020.

Even though Christmas may be different this year and holiday plans will have changed, TV at Christmas is always reliable. As the Christmas period is fast-approaching, there is nothing better than to get yourself into the festive spirit by watching your favourite television characters enjoy Christmas. Here at The Bubble, the Television Editors have compiled a list of the best Christmas episodes which will help transport you into Christmas normalcy.

The season 2 Christmas episode of Community, titled ‘Abed’s Uncontrollable Christmas‘, follows Abed and the gang seek to find the true meaning of Christmas after Abed’s (Danny Pudi) holiday traditions are changed. The rest of the study group are rightfully concerned about Abed’s mental well-being, with his mind and thought processes being showed to the audience through a stop-motion vision, cleverly intersecting with the gang’s real-life experiences. It is revealed that Abed is experiencing this vision as a coping-mechanism with the revelation that his mother cannot join him for Christmas. Community’s Christmas episode is apt for 2020, as many of us will find our traditional plans to have changed due to the lockdown restrictions. 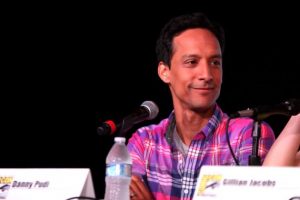 The meaning of the episode is something that we can all take on board this Christmas, as the episode concludes with the message that Christmas means something different to everyone. The study group then aims to help Abed through his subsequent break in tradition, helping him find a new meaning in Christmas. ‘Abed’s Uncontrollable Christmas’ is perfect viewing for this year and is full of great laughs as well as a wholesome resolution.

‘Christmas Party‘ circulates around the office playing Secret Santa, which quickly turns into a game of Yankee Swap because of office boss Michael Scott (Steve Carell). Tension becomes heightened as the sentimental gift Jim (John Krasinski) buys for his love interest, receptionist Pam (Jenna Fischer), quickly gets swapped by Pam for the chance to win the iPod that Michael bought for Ryan (B.J. Novak). This Christmas episode is full of laughs and awkward moments during the game of Yankee Swap, and the resolution of Pam and Jim at the end of the episode with Pam swapping back for Jim’s original gift adds to their continuous love story throughout the series. 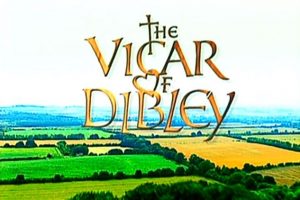 Following her Christmas Day Sermon, Geraldine (Dawn French) finds her newfound popularity hard to cope with as she reluctantly agrees to attend three Christmas dinners. The episode follows Geraldine go from house to house, facing copious amounts of food at each house she attends. When she finally completes her challenge, Owen, who has spent every Christmas alone since 1971, seeks the Vicar’s company in sharing a fourth Christmas dinner together! ‘The Christmas Lunch Incident‘ is amazingly humorous and is the perfect episode to get yourself in the joyous spirit of Christmas.  (And even when you’re finished with that, there remains the iconic ‘Winter’ episode featuring a surprisingly realistic nativity, and ‘The Vicar in White’ where a certain someone gets her much-deserved happy ending!)

On Christmas Day of 2011, this first Christmas special aired to over twelve million UK viewers. It was a pivotal moment in the life of a television drama which had captured the hearts of so many globally. The episode had everything, from dramatic courtroom revelations to vindictive blackmail, and from misguided interference to heart-warming moments of tenderness. Here is a taste of what to expect:

It is Christmas 1919 and, as Mr Bates languishes in his prison cell for the untimely demise of his wife, the Crawley family play host to several guests. These include Lord Grantham’s sister, Rosamund (Samantha Bond), and her shifty new love interest, as well as Mary’s loathsome fiancé, Sir Richard Carlisle (Iain Glen). Downstairs, Thomas (Robert James-Collier) concocts an ill-fated plot to win favour, and the arrival of a Ouija board sets the staff in a spin. After Carlisle’s selfish motivations are uncovered, the enduring will-they-won’t-they storyline between Matthew and Mary finds a beautiful resolution, ostensibly with the blessing of dearly departed Lavinia. Violet, played so perfectly by Dame Maggie Smith, really outdoes herself in this episode. In response to Carlisle’s indignation at the family playing parlour games in which the player must appear ridiculous, she states ‘Sir Richard, life is a game in which the player must appear ridiculous’. The episode ends in snow and romance, making it just the perfect festive treat. 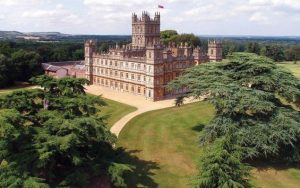 There are few shows which bring as much cheer, warmth, and unbridled laughter as Miranda. So an iconic Christmas episode featuring Miranda with all her friends and family is truly a match made in heaven.

Tired of her mother’s rigorously timetabled Christmases and constant matchmaking attempts (even with dishy Dr Gail) Miranda decides to host the perfect Christmas with Stevie, Gary, Tilly, and Clive. Though initially the lack of any rules or expectations seems liberating, the day descends into disorganised chaos which rather sets Penny’s perfectly-formed Christmas into an increasingly favourable light. This episode features some of the Miranda’s most memorable scenes, such as the accent confusion during a phone call to rearrange delivery of her Christmas presents, Penny’s remake of ‘Good Kind Wenceslas’, and the oft-repeated concern of Miranda’s father: ‘black ice – absolute death trap’.

Doctor Who Season 4 Episode 1 ‘Voyage of the Damned’

The headline cast for this 2005 Christmas Special was of course David Tennant as the tenth Doctor, and pop superstar Kylie Minogue guest starring as waitress Astrid Peth. There are, of course many Christmas specials to choose from. This one actually remains the episode with the highest viewing figures since the revival of Doctor Who. On its original air date, it was watched by over thirteen million viewers, making it a real Christmas event. 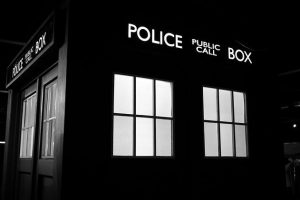 The TARDIS. Image by Giles Turnbull available on flickr.

The TARDIS collides with an interstellar cruise ship, modelled on the RMS Titanic, which is supposedly orbiting Earth to witness a human Christmas. The Doctor boards the ship to learn more and befriends Astrid while the ship journeys to London. However, the Londoners flee in fear since their previous Christmases have involved extra-terrestrial attacks. It transpires that former cruise line owner, alien Max Capricorn, is desperate for vengeance after being voted out of his company. He has set the spaceship to collide with Earth in order to frame the board of directors for killing all the humans. As is the way, the future of our existence lies in the hands of the Doctor and this temporary, intriguing companion. With eerie angel-like androids, a bittersweet ending, and a real dose of Doctor Who nostalgia – what’s not to love?