Outside the Bubble: Juffage (+ Mononoké + Lake Michigan) at The Basement 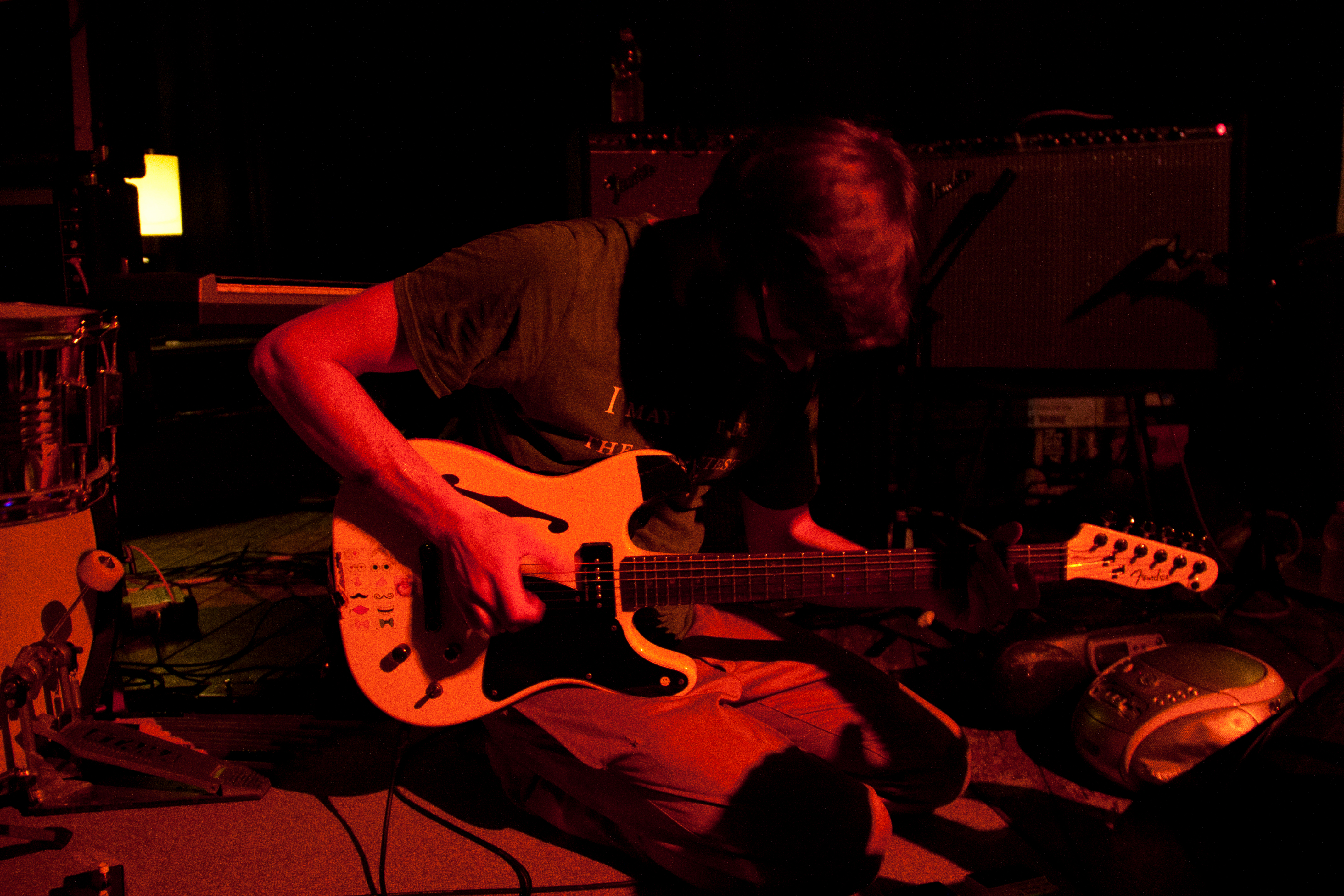 Juffage with his Guitar

A friend of a friend was playing, so I headed on down…

Being cheap I made sure I sorted myself out a press pass for the night, unfortunately this hadn’t been told to the girl on the door: “We’ve got no one on the guest list tonight, £5 please” she informed me. A presentation of an email on my cracked phone screen and two minutes of umm-ing and ah-ing later, she begrudgingly stamped my hand and let me in. My thriftiness for the night seemingly ended there, my purchasing of a pint of Blue Moon earned me just 40 pence change in return for a fiver; the Yorkshireman inside me died a little.

Basement is set of stairs (and then another) below York’s Picturehouse Cinema, the City Screen. The venue itself is a small black painted room with a ceiling only just high enough to accommodate my head. Along the outside are several cabaret club style candlelit tables and chairs, in the middle is a bench (not too dissimilar to the one I was privileged enough to be able to sit on once I reached year 6 in primary school), up front is a stage and a fireplace-like structure under which the drums are housed. Cosy….

First up is the aforementioned friend-once-removed. A solo act, going by the name Lake Michigan, he plays broody, introspective guitar songs;I like him. His main strength lies in his lyrics, well thought out and often witty, with a vocal delivery that makes them utterly believable. He often changes his voice from deep murmurs to bursts of higher pitches, giving off the effect of duetting with himself. The guitars don’t move very much, but still remain effective, and the song structures are all quite similar, although I do like the style. Every song ends with a double show of appreciation “thank you, cheers”, a quirk he might not be aware of, but I at least found it silently amusing. The set proves to be a fantastic opening act, my favourite performance of the evening in fact, and quite a contrast to the act that followed.

Mononoké are next. They play math rock, a genre described by their guitarist as “using rhythm in the same way that pop songs use melodies”. All the way through their set I have this going through my mind, it’s a whole new way to play music and, for me, a whole new way to listen to it. Unfortunately I don’t think their rhythms sequence together that well, and with only three members, all instrumentalists, the music feels like it is missing something, perhaps a singer or a friendly keyboardist, to give some light relief from all the excessiveness. The drummer is very slick, the only member that actually manages to keep me engaged, the bass is a bit lost in the mix, and the guitarist is very into aggressively strumming the same chord repeatedly, or ‘guitar-wanking’ as I like to call it. The highlight of their set proves to be a pun name for one of their songs, “Nigel Fa-RAGE”, which to be fair is pretty funny.

Top of the bill we have Juffage, hailing from Chicago but now living in Leeds (the football team’s great, and the city’s pretty nice, but seriously?!). He enters bear footed, wearing a casual pair of shorts and a cool T-Shirt (featuring a dinosaur if I remember correctly). A great user of the loop pedal, he manages to create the fullness of a band with just a voice and a guitar. Half of his songs are focused on guitar harmonics and pretty melodies; very Fleet Foxes, very Grizzly Bear, and largely very enjoyable. The other half is more violent, more abrasive and, to be honest, not as effective. The clash of these two styles is a common feature of the evening. He spends a lot of time tuning, during which he converses casually with the audience, discussing quips with my friend’s American cousin who is also present, the small venue allows this great feel of intimacy to flourish. At one point he simply asks “anyone got any questions?”. The guitarist from Mononoké is in the audience now, “what was the last book you read that really made you think?” he replies. A lovely literature based anecdote later and we’re back into the music.

In a strange series of events Juffage starts to walk out into the audience playing his guitar, stopping only when he realises his guitar amp cord isn’t quite long enough to reach past the first row. He then comes over and sits down right next to me on the bench; unfortunately he took this moment to show he too has a deep down love for guitar-wanking, much to my delight….

Going on a song over the 11pm curfew, his set is a bit too long, but within it lays a big bunch of quality moments (as well as a small pile of stinkers). For me, his job has to be to learn what works and what doesn’t, and if he manages that then he could prove to be a truly brilliant live experience.