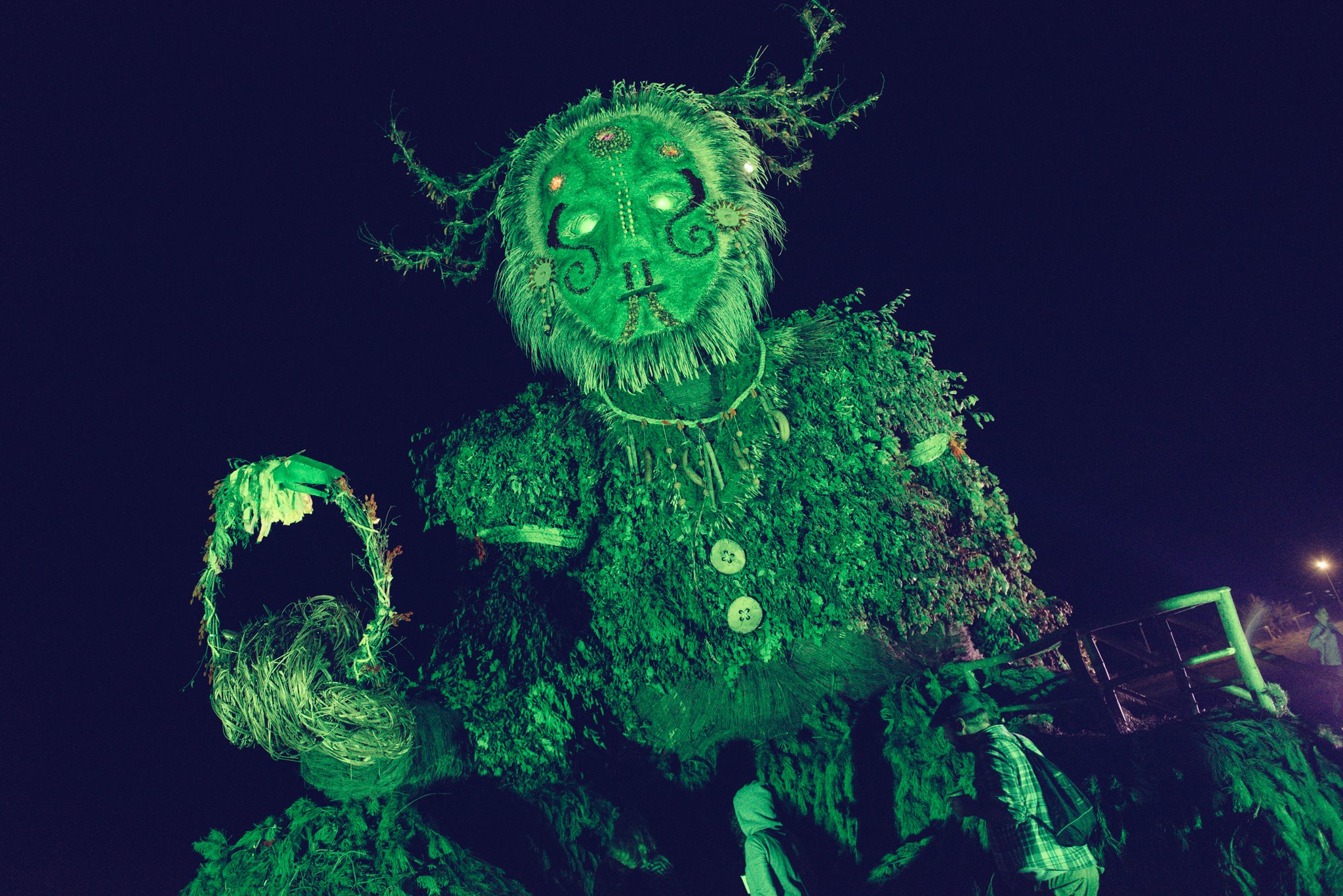 My eye initially attracted by the odd jewel dotted across the lineup, I arrived at Glanusk Park, Wales for Green Man festival with a slightly different festival experience in mind. The weekend certainly delivered, and in many more and varied ways than anticipated. Only a handful of the bands seen did not frame their sets with something along the lines of ‘This really is a special festival’ (my favourite being Julian Koster of Neutral Milk Hotel’s “Yeah. I think it’s my favourite.”), and for once I found myself actually believing them. At Green Man I felt a sense of thought and effort, as though the festival were itself crafted, an art form, that I have never experienced elsewhere. The sense of community and mutual interest is undeniable, put down (by me at least) to a combination of the caliber of the bands and the communal activities on offer – from pedal powered phone charging to yoga and meditation, of which I took advantage, despite my usually hesitant nature. I felt comfortable here. A settled first Thursday evening took the form of a chilled out film viewing at the Cinedrome, my initial pick of a hundred types of cider and ale on offer in hand. It was going to be a good weekend.

Onto Friday. My morning was spent exploring Einstein’s Garden, an area of what is advertised as scientific discovery and interactive learning (actually more of a children’s playpen, but amusing all the same), where I watched an interactive talk on the sun and its “secrets”, followed by nursery-rhyme band Poco-Poco who indulge in woodland animal related acoustic-pop, teamed with actions and audience interaction. It was, well, interesting, and an apt representative of the spirit of this ‘garden’ as a whole, across the weekend – oddly and amusingly the ideal location for nursing both young children and your hangover.

Highlights of my Friday musical viewing included Sun Kil Moon, who I watched from the hill atop the Mountain (main) stage having heard them from a distance and being instantly drawn in their direction – in fact, I even missed a band that I had planned to see in their favour. Friday was also the day that I stumbled upon the Chai Wallahs stage, a stage dedicated to showcasing various world-music acts and serving a variety of both hot and cold, alcoholic and non-alcoholic beverages, where first we saw the Bristol Afrobeat Project, easy for even the rhythmically inept to dance to, followed by an array of other musical acts of genres from all over the globe whenever else a spare moment was found (my personal favourite being Broken Brass Ensemble on the Saturday, a surprisingly interactive and riotous brass band from Leeuwarden, who had the crowd quite literally on their knees). The day of music lapsed into evening with Daughter playing in the foreground of the beautiful Welsh sunset, followed by Beirut. Each of these bands I eagerly awaited and each met expectation, Beirut perhaps, and impressively, even exceeding it.

The majority of the next two days were of musical exploration, with, naturally, an interlude of yoga, knowing few bands on the lineup well until the Sunday evening headliners. Highlights include the ambient Farao, East India Youth, Samaris and Vancouver Sleep Clinic, and for the more acoustically attuned The Gentle Good, who recently released a concept album based on a Chinese myth and written and sung in Welsh, much recommended.

Drawing towards evening-time Sunday, I settled down from about five o’clock pm at the main stage for a treat of four artists in succession. Anna Calvi, as cool and yet intense as ever, domineered the stage during the difficult end-of-afternoon timeslot, topped (though only marginally) by First Aid Kit who had a clear doting following in attendance, bashing out hits such as ‘The Lion’s Roar’ and ‘Stay Gold’ to a bewitched and adoring crowd. Neutral Milk Hotel were something else, however, and all I really have to say on that subject is that it started to rain during ‘Aeroplane Over The Sea’, and that I doubt I was alone in leaving with an odd combination of unity and discomfort. I concluded my festival experience sat under my preferred of the many tree-art installations until five am, the same album blaring from my phone speakers until technology overcame itself and my battery ran dry. Green Man is really something special.