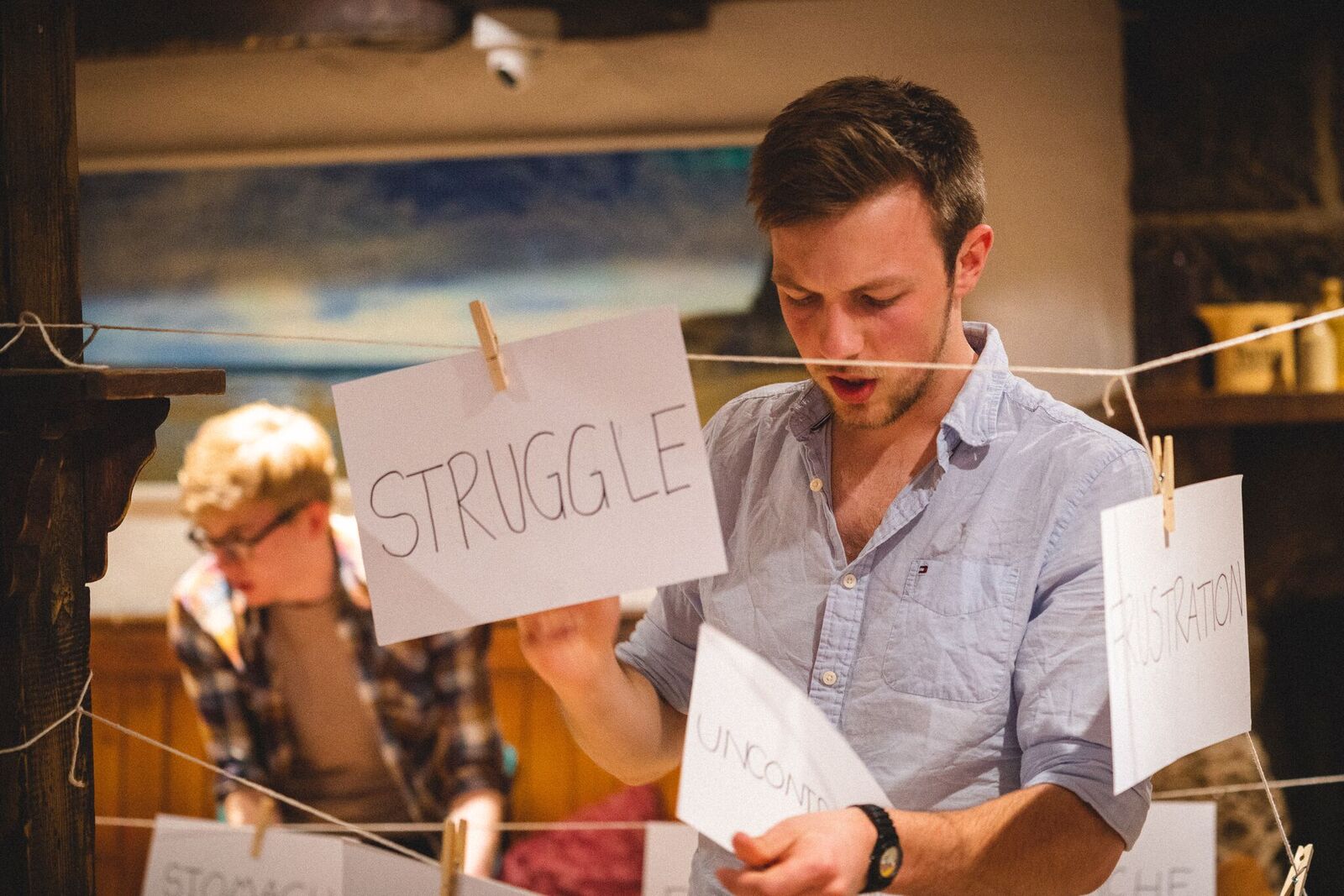 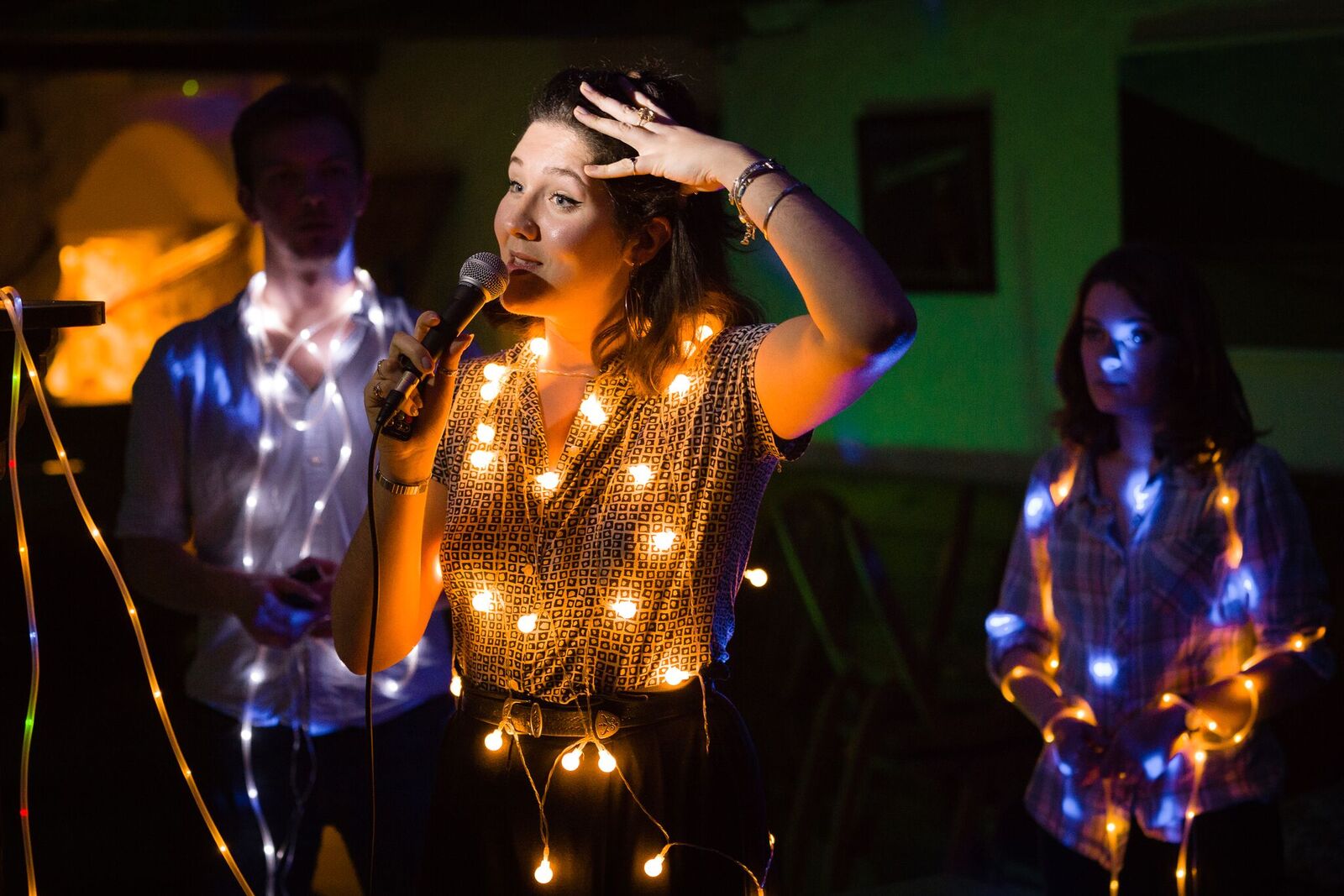 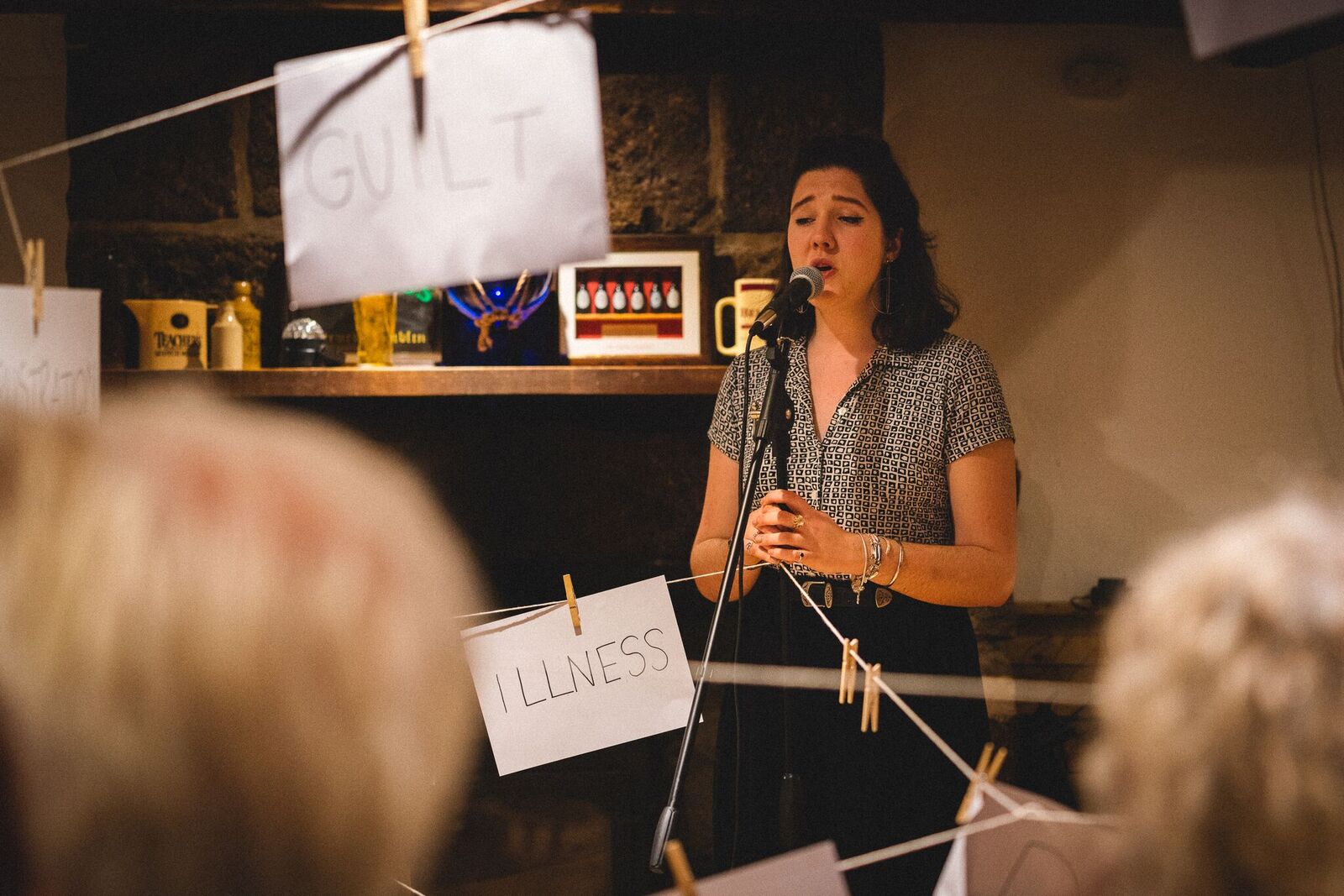 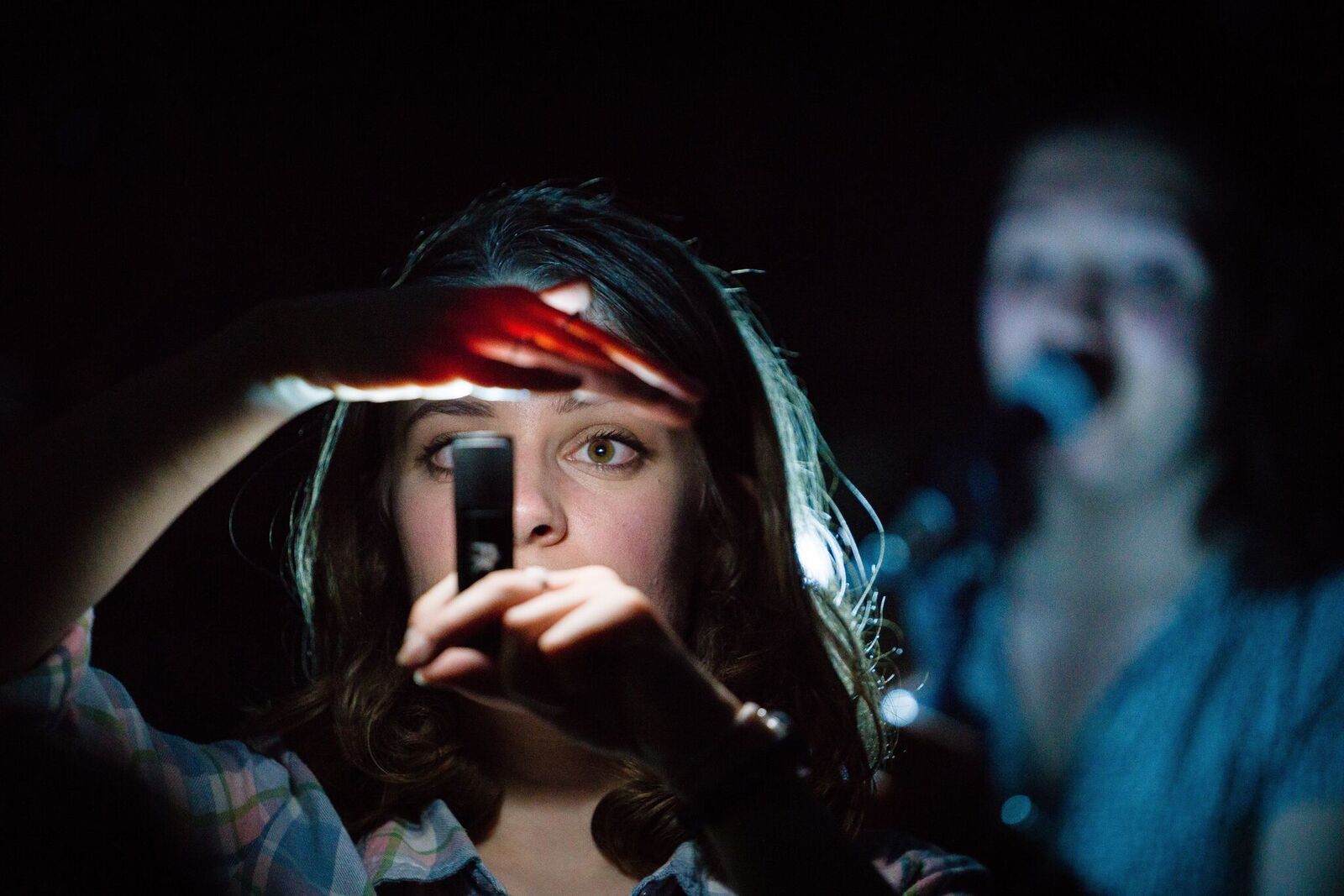 There are times when I wonder how drama really helps the world. After all, having the opportunity to watch a drama production is a luxury. There are times when I wonder what the practical results of the Arts are – do they tangibly help people? Can they save lives? Do they improve anything? And the answer to these, I think, is that they do. And ‘A Pint Sized Conversation’ is a clear example of the impact drama that can have.

Made up of three actors, Dylan Frankland, Rosa Day-Jones and Tobias Grace, the production intimately follows each individual’s experiences of mental health, and sets out illuminating messages in the process.

I initially watched the show for my own enjoyment. But I chose to come back and write about it because it is relevant to all of us. That’s what makes this production so special: it makes a difference to us all.

‘A Pint Sized Conversation’ began as a final year module. The task was to create a piece that wouldn’t be performed in a theatre space. The group knew that they wanted to create a political work, something socially relevant. After trying other ideas, the group finally settled on creating a performance about mental health.

After deciding that they wanted to open up conversation about mental health and mental illness, the group considered their performance setting. They settled on using pub space. A pub is the perfect place for a conversation. And this group just want to chat.

The performance has been developing constantly since its initial briefing, gaining members and sharing different stories. Crucially though, every person has a different story to tell about mental illness, and their experiences of supporting someone else is just as imperative.

It is a production born out of frustration. 75% of young people with a mental health problem are not receiving treatment. People with a cold can have a day off work, but people with depression are told to ‘get over it.’ In Cambridge, to see a mental health specialist, you have to have attempted suicide twice. And we still find it difficult to talk about our mental health.

On this, ‘A Pint Sized Conversation’ make an interesting point:

‘We all have mental health but people don’t like to talk about it. Because the term mental health has become synonymous with mental illness.’

The comment demonstrates the stigma surrounding what is fundamentally common to all of us.

The group use their experiences of mental illness as the recurring narrative. Their monologues are the emotional heart of the piece. Each of their stories are authentic, intricate, and intensely personal: they tell of their sister, friend, cousin, step-dad. And what Dylan, Rosa and Toby all found was that they did not know what to do to help. Whilst Dylan and Rosa tell their stories as a monologue, Toby told his story in the form of a conversation. Toby’s story is more ad lib. He was initially unsure on what part of his story to focus on, but in rehearsal had told his story in answers to questions. He transferred this form for the performance. I suppose the fact that each performer chooses a different style demonstrates that our experiences, and the way we express them, are so personal and subjective. And that’s another thing I like about the performance: the group are not afraid of sharing all. They lead by example, showing how important conversation is.

And they also show that it is OK, and totally normal, to not understand someone else’s mental illness. Expressing their frustrations, guilt and confusion at feeling unable to help their loved one, is perhaps the most important message I took away from the show. The point that Rosa Day-Jones makes is crucial: sometimes we can be at a loss of what else to say, only being able to say, ‘I’m Here’. And that’s OK too.

The fundamental truths do not end here. Even upon entering the room, the stage is covered with a web of string. This network is used as a metaphor for the tangled and complex nature of mental health as something that’s often difficult to navigate and comprehend. The group powerfully convey the innumerable symptoms of mental illness by talking simultaneously about the signs, gradually growing in volume as they do so, whilst hanging the words on the lines of string. Throughout the performance, the lines serve as a recurring motif. It develops into something more uplifting when the coloured wool replace the string, symbolising how we are all connected.

One of the most impressive aspects of ‘A Pint Sized Conversation’ is the group’s ability to simultaneously combine fact, emotion and entertainment. There is a haunting rendition of Pharrell Williams’ Happy, whilst facts about mental health fill the gaps. Meanwhile, the sounds of a train are superbly created by the actors’ voices and use of household objects (I initially thought it was a recording), in order to convey yet another powerful message. The role of the brain in our emotions is also explored. This could potentially have been difficult to convey effectively. Yet the group’s physical representation of it, through use of voice and fairy lights, is excellent. They explain complex scientific processes clearly, and make it entertaining in the process. This is yet another aspect of our mental health that could be easy to overlook, but the performance clarifies the process excellently.

The whole production has no pretentiousness about it. It is authentic, intricate, and intensely personal, and possesses an uplifting quality at the same time. A highly important performance on a topic that we will all experience in some capacity.