Part two of the novel is narrated by Antoinette’s husband, and describes how he marries Antoinette for her money due to his position as the second son in an age of primogeniture. However, the marriage quickly falls apart as the husband comes to see Antoinette as tainted with the suggestion that her father had affairs with his slaves and fathered children, and comes to doubt her mental state. Antoinette’s desperate attempts to win back her husband’s favour result in her using ‘obeah’ given by her old nanny Christophine, but this fails. The scene where Christophine confronts her husband for his treatment of Antoinette echoes with questions of identity reflected through language – both that of Christophine and of the husband himself.

Christophine is not a native of Jamaica, instead coming from Martinique, and Russel[1] has remarked that this leaves a distinct impact upon the language Rhys chooses her to use, as she is able to move between formal English and both Martinican and Caribbean Creoles. This alone evidences Christophine as a revealing the complexities of colonialism and its impact on identity, yet some critics have chosen to read her character as ‘tangential to this narrative’[2], claiming that as Wide Sargasso Sea is viewed from the perspective of white imperialists, Christophine can remain nothing but a ‘domesticated other’[3]. Her exit from the confrontation with the husband with the phrase ‘read and write I don’t know. Other things I know.’ (WSS, p. 133) Is seen in this light to be her exit from the narrative because she simply does not belong there – she is the ‘limits of the texts discourse’[4]. This view could be supported by the nature of this final phrase, with the defiant use of native patois in the blunt monosyllables which separates herself from the husbands standard English and extended vocabulary even when he is at his most angered (‘I would give my eyes never to see this abominable place’[5]), showing that she does not belong to what is currently his narrative. However, I agree instead with the views of Parry, whom counters this interpretation and states that Christophine represents ‘counter discourse’[6]; her exit, instead of confirming her as a figure that cannot belong in the text, shows her to be effectively ‘challenging imperialisms’ authorised system of knowledge’[7]; not only her patois ‘challenge’ to the husbands standard English exemplifies this, but so does her ambiguous statement of what she ‘know’. Christophine’s impact upon the narrative will echo in the husband’s psyche and continue to impact throughout the narrative, even intertextually: her reply to the husband’s assurance he would ‘give his eyes’ is met with ‘that’s the first damn truth you speak’ (WSS, p. 132); readers of Jane Eyre will know Rochester comes to be blinded. 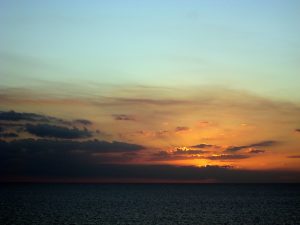 Indeed, we see the power of Christophine in her engagement with the husband earlier in the scene, where her own questions become his parenthetical answers: ‘”so that you can leave her alone”. (Leave her alone). “not telling her why”. (why?). “no more love, eh?”. (no more love).’ (WSS, p. 127).  This reveals the subversive power of the colonised over the conqueror; the husbands’ thoughts, which have so far in his narrative been represented as paramount due to the first person, here become less important than the dialogue of Christophine, and the use of parenthesis continues from this point in his narrative onwards, showing the lasting impact this has upon him. Russel also notes that this is narrative disruption caused by the obeah of Christophine, which continues intertextually until Rochester’s blinding in Jane Eyre.

Moreover, it is only Christophine whom disrupts the narration at this pivotal point in the novel, but also Antoinette: ‘(… I came to you. Oh Christophine. O Pheena, Pheena, help me.)’ (WSS, p. 127). Both Russel and Winterhalter view this intrusion not to be Antoinette’s own voice but rather one Rochester wishes her to have; he is desperately attempting to try and regain his control over what he considers his subordinates, which is both his wife and Christophine as colonised ‘other’.  This interpretation is supported as Antoinette never calls Christophine ‘Pheena’, and this nickname correlates with Rochester’s desire to ‘rename’ Antoinette to control her, thus this input becoming an attempt to control Christophine. Although some critics use this as an example to add to Antoinette’s sense of loss of identity, lost even in the narrative: ‘Antoinette’s voice does not belong here, but not belonging is a condition that has defined her voice from the beginning’[8], it would seem that this is perhaps the more obvious reading which ignores that earlier parenthetical insights into the husbands narrative are not direct injections of Christophine’s thought but rather the husbands attempts to rephrase and control them – perhaps, due to their direct repetition of Christophine, seemingly unsuccessfully. This inference would explain why Rochester feels the need to eventually take complete possession of Antoinette and remove them from the island to England, allowing him to attempt to ‘re-write’ her in the narrative completely, removing any emotion from her in his description of her as a ‘doll’ (WSS, p. 140) and a ‘ghost’ (WSS, p. 140) in the carriage that leaves the island.

The final return to Antoinette’s narration in part three of the novel we see the impact that the control of her husband has had upon her: she now sees herself as this doll, trapped in ‘cardboard walls’ (WSS, p. 148) that she ‘never will believe’ (WSS, p. 150) is England. As at the start of the novel, we see Antoinette is unable to identify with the idea of a nation, though here instead of race it is the country itself she cannot reconcile with. The burning of Thornfield she incites at the end of the novel is shown to clearly cycle back to the original burning of Coulibri which brought loss of identity, as we see her claim that ‘Tia was there’ (WSS, p. 155). The cyclical nature of the novel mimics and highlights the use of language within the narrative, showing Antoinette to never truly find an identity, stuck between black and white, and with the destruction of both Caloubri and Thornfield (and her doubts that this is in fact England). This sense of being stuck within liminal space echoes through the other characters, with Christophine disrupting the colonial narrative of Antoinette’s husband, who struggles to maintain his position as patriarchal master of both Antoinette and Imperial England.

Furthermore, the novel itself functions in this same space; being intertextual it could be seen, as Olaussen states, that the whole novel ‘is an exercise in cultural imperialism’[9], bound to the destiny decided by Charlotte Bronte. However, by giving Bronte the ‘intertextual slip’[10] and ending just before Antoinette’s death, the narrative leaves the chance of an alternate ending – though this relinquishing of intertextual bounds leaves the novel stuck, like its characters, in a state of uncertainty. 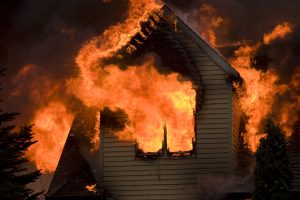 In conclusion, we see that language and the nature of the narrative is used within the novel to reveal the inability to truly identify with a nation for Antoinette, but moreover the multiplicity implicit within this narrative structure is, to me, used in order to reveal the inability to define an identity with a nation, due in part to the multi-faceted nature of identity (e.g. Antoinette’s sense of identity is also tied up within his patriarchal power over Antoinette) but also because language itself is mutable – although tied to methods of colonial control, this can just as easily be subverted, as Christophine does. That the novel itself is unable to come to a textual conclusion and instead functions within the same liminal space as language and Antoinette’s identity serves as the ultimate reminder that Antoinette is never truly able to find a connection to nationhood.

[1] Kieth A Russel, “Now Every Word She Said Was Echoed, Echoed Loudly in My Head”: Christophine’s Language and Refractive Space in Jean Rhys’s “Wide Sargasso Sea”, Journal of Narrative Theory, 37, (2007)