Katie Ashmore-Marsh in Literature on 17 November, 2018.

Although Halloween has already passed us by, as the nights draw longer and the evenings colder, I’d like to consider one of the spookiest novels that I have ever read. 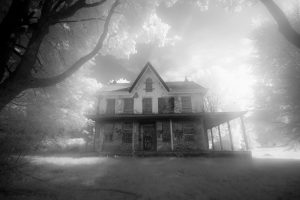 Many of you may, like me, will have recently binge-watched Netflix’s loose adaptation of Shirley Jackson’s ‘The Haunting of Hill House’. Although the series covered some of the expected cornerstones of horror – the breakdown of a family unit, a good old-fashioned haunted house, and plenty of jump scares – I couldn’t help thinking that there was something about it that wasn’t quite right. And, no, I’m not talking about the multiple appearances of ghosts in the corner of your eye on the TV screen. It wasn’t until I read Nussbaum’s review in the ‘New Yorker’ what I felt was missing in the adaptation finally clicked: ‘raw feminine perversity’[1].

Fear of femininity (and especially emerging feminine sexuality and ‘hysteria’) is, I would argue, ingrained into what is designed to scare us. Think of the Gothic elements in ‘Wuthering Heights’ surrounding Catherine, to much more modern movie references; ‘Carrie’ and her disastrous prom night and Thomasin proclaiming that ‘I am that very witch’ in 2015’s ‘The VVitch’. Indeed, this is more obvious in these examples of modern horror, the feminine associated less with a dichotomy of whore and virgin and towards what Creed calls ‘the significant subgenre in which the feminine is portrayed… as monster’[2]. 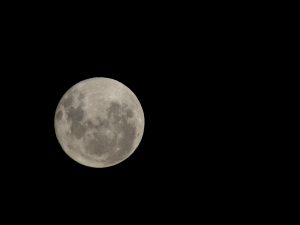 The scariest novel I have ever read is not Shirley Jackson’s ‘The Haunting of Hill House’ but rather her second novel, ‘Hangsaman’. Precisely what makes this terrifying is ‘feminine perversity’. The novel begins seemingly as a bildungsroman: our protagonist Natalie moves away from home to a liberal-arts college and gains a sense of independence and with it, sexuality. So far, so expected. But, furthering what we see in ‘Carrie’ and ‘The VVitch’, this sexuality is in turns traumatic, disturbed, repressed.

The novel begins with what is heavily implied to be Natalie’s rape by a guest at her families’ cocktail party. In a passage that begins the novels breakdown of language, she tries to deal with the trauma by chanting ‘nothing happened, nothing that I remember happened… nothing happened, nothing happened, nothing happened, nothing happened’. At college, we see letters from her father which, although comic in tone, carry incestuous undertones – he addresses her as a damsel in distress, and she in turn calls him her ‘Knight’. Although overwhelmingly lonely in her college experience, Natalie develops an intense friendship with another girl named Tony, and the novel hints at a repressed lesbian encounter. She and Tony sleep in the same bed and sneak off to the showers ‘where they bathed together’ whilst the ‘hall is full of the sound of sleep’.

This representation of a troubled and perhaps repressed sexuality is mimicked in the form of the novel. As we see Natalie perhaps unable to cope with the traumatic experiences she has been through and an understanding of her own sexuality the novel also breaks down. Within the free indirect discourse is increasingly difficult to tell the difference between Natalie’s thoughts and Natalie’s speech. Later in the novel, we are unable to properly distinguish between the thoughts of Natalie and those of Tony as they describe their combined imaginary world. Natalie and Tony’s friendship ends with Tony’s disappearance and a gap of narrative time which we cannot properly account for: it is unclear whether the events that immediately proceed it are those of minds losing grips with reality or something more sinister – murder, or perhaps even the paranormal. 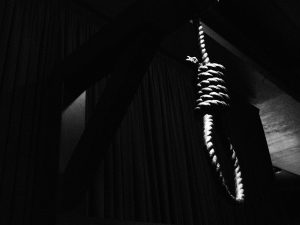 What kept me awake at night was something of the combination of narrative technique and Jackson’s unsettlingly real account of feminine experience, with feminine sexuality ‘portrayed… as monster’. This is what, for the most part, Netflix’s ‘The Haunting of Hill House’ seems unable to properly capture. There are glimpses: for example, the wonderful portrayal of the mother, Olivia, which manages to blend terror and sensitivity with a charisma that ‘resists the story’s attempts to simplify matters’[3]. Yet Olivia’s daughters are rendered into a familiar ‘whore or virgin’, ‘heroine or victim’ representation of the feminine, boxing in the true horror which Jackson has been able to access.