What links ‘Jane Eyre’ and ‘Heart of Darkness’?: A Bakhtinian Reading (part one)

The conclusions of Jane Eyre and Heart of Darkness are similar despite the differences in context and content within these novels. The similarity lies within the conclusions similar power to draw attention to the complexity of the narrative of the texts, although this occurs in different fashions.

The disruption of this narrative also serves to disturb the expected linear and temporal ‘chronotope’ of the novels themselves. This is a concept devised by the theorist Bakhtin to describe how a novel can appear to function on both temporal and spatial planes: as we read a novel progressively, it would appear to be a temporal object, but when one thinks of a novel once finished, it instead operates as an entire spatial structure. Bakhtin writes that ‘in the literary artistic chronotope, spatial and temporal indicators are fused into one carefully thought-out, concrete whole. Time, as it were, thickens, takes on flesh, becomes artistically visible; likewise, space becomes charged and responsive to the movements of time, plot and history. This intersection of axes and fusion of indicators characterises the artistic chronotope’[1]. The chronotope of a novel depends upon this interaction of shape and time, and Bakhtin states that there are specific models of chronotopes that most novels fit within, such as the bildungsroman. This essay will argue that both of these novels have a disturbed chronotope due to unexpected conclusions, leaving the reader perhaps uncomfortably aware with the fallibility of narratives and words themselves. 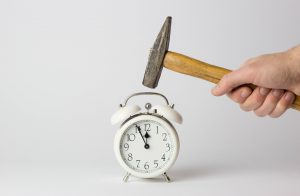 The chronotopes of the novels in question should be considered in more depth in order to fully understand how the conclusions of each novel disturb this. Bakhtin describes chronotope types not as genres but as ‘ways of describing the narrative frame of a particular work’[2]. It has been noted by critics that both novels are able to be defined by multiple chronotopes. Jane Eyre can fit the chronotope of the ‘autobiography… the orphan or foundling novel… the gothic novel…  the governess novel… domestic realism’[3]  and also ‘the profile of the bildungsroman… the idyllic chronotope… a colonial chronotope’[4]; likewise, Heart of Darkness can be seen as an ‘imperial romance, colonial adventure story, seaman’s yarn, a parable, a cautionary tale’[5] . Beaty states that for Jane Eyre, this is because the novel itself is a ‘specifically novelistic utterance at a specific time in the history of the proleptically Darwinian genre called the novel’[6]; Beaty sees the novel as being a turning point between the two eras of the ‘rebellious Romantic and aristocratic Regency world into the bourgeois Victorian world’[7], with the combination of chronotopes allowing the novel to function for both time periods. Heart of Darkness could likewise be seen in the same fashion – an early example of modernist fiction, it bridged the gap between the modernist and Victorian periods of literature.

However, this explanation does not take into account that, although both novels do contain multiple chronotopes, their endings reject most of these chronotopes. For example, Jane Eyre may remain true in some aspects to the bildungsroman chronotope of linear narrative, and the ‘idyllic’ chronotope of romance, characterised by cyclic time in her eventual return to Thornfield. Likewise, Heart of Darkness remains on some level a ‘seaman’s yarn’ – the entire tale Marlow’s description of his travels – and depending upon how one reads the figure of Kurtz, with his exclamation of ‘the horror! The horror!’[8] either offering ‘redemptive value’[9] or simply as an acknowledgement of the potential for evil of mankind, this could be seen as either ‘parable’ or ‘cautionary tale’. However, the expected climax of some of the chronotopes assigned to the novel through reading its earliest sections – namely the ‘imperial romance’ and ‘colonial adventure story’ are broken by the expected climax to be meeting with Kurtz, being instead almost an anti-climax with the discovery of his madness.   Renfrew suggests, like Beaty, that the chronotope reflects the context of Jane Eyre (and similarly this applies to Heart of Darkness) but by mimicking the ‘breakdown and reconstruction of the society’[10]  instead of acting as an historical bridge between time periods and conventions of literature. This is due to some of the potential chrontopes in each novel being pushed to the ‘invisible margins of the narrative’[11]. This mixing of chronotopes without truly adhering to any one of them in their conclusion means that the novels do reflect a ‘breakdown’, though in contrast to Renfrew’s suggestion, this is not that of societies. Instead, I agree with Dale that this suggests rather the fallibility of narrative itself, showing how expected chronotopes can be disturbed leaving the reader with the idea of the unfamiliar and the unknowable: ‘leaving the ending to the reader might strike us as a… deconstructive challenge to the proposition that we have any right to expect… [this] aesthetic suspension is very unstable. In the continued absence of an acceptable alternate structure of experience it becomes worse than despair’[12]. To further this, the ending of the novels finalises this disruption in chronotope types by removing a chance of identification with any one of them through a change in their narrator. 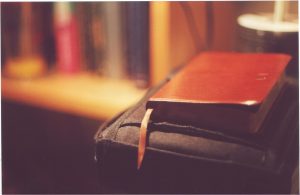 Heart of Darkness ends by returning to its enveloped structure; the closing statement about how the Thames ‘seemed to lead into the heart of an immense darkness’[13] is stated not by our primary narrator who began this discussion of the ‘dark places of earth’[14] but by a peripheral one, and although there is connection in the phrases used, this only serves to heighten this separation by reminding the reader of the cyclical, enveloped structure of the novel. This alarming shift in narrative voice perhaps doubly removes the reader from the expected chronotope of the novel through the use of intertextuality: not only do we end with a quote from St John River’s last letter, but it is a quote from Revelations 22:20 ‘Amen; even so come, Lord Jesus!’. On the other hand, although alienation from the reader’s expectations may be the immediate impact of these narratives, some critics do say otherwise. For example, Dale sees that Jane Eyre concludes the novel with a sense of completion, being ‘resolved in faith’[15] building on the bildungsroman chronotope and showing Jane’s shift from a girl who claimed that the ‘psalms are not interesting’[16] to a devoted Christian whom ends her own narrative with the last book of the book of books. However, Beaty has shown that the retrospectively narrating Jane chose to end her time at both Lowood and Thornfield by repeating psalm 22: ‘I came into deep waters; the floods overflowed me’. This means that it is evident to the reader before the end of the narrative that the narrator is a reformed Christian, and pushing the bildungsroman (at least under the concept of growing into a devout believer) to the side of the narrative.

[5] I owe this reference to Dr Garrat

[10] Alistair Renfrew, Mikhail Bakhtin, Abingdon: Routledge, 2015), p. 120 – both novels occurred at ‘turning points’ within society; Jane Eyre at the time of the industrial revolution and Joseph Conrad under the rise of modernity