Getting Under Their Skin: History, Fiction and Art 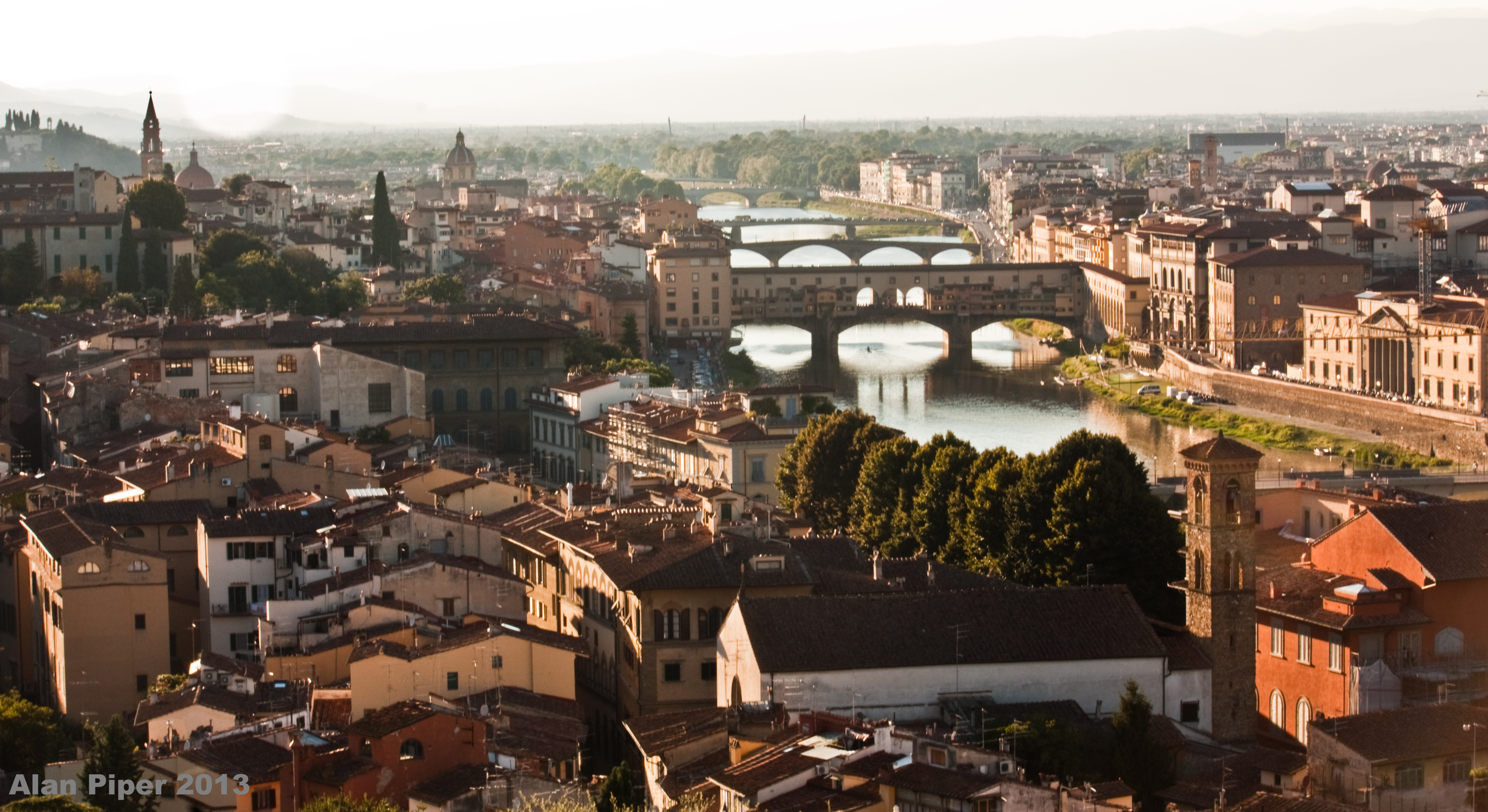 She found herself lost, not in dark woods, but in the city of Florence.

Sarah Dunant, a novelist, broadcaster, and critic, recently gave a talk at Durham University entitled ‘Getting Under Their Skin: History, Fiction and Art’. She was already well known for her crime novels, having received the Silver Dagger Award for her Hannah Wolfe series. Dunant’s real literary breakthrough however, has come with the publication of her historical novels, inspired by the Italian renaissance. Her most recent novel is Blood and Beauty, where she delves into the history of the infamous Borgia family, bringing them to life on the page. However, the main focus of Dunant’s lecture was on her acclaimed trilogy, compromising The Birth of Venus, In the Company of the Courtesan, and Sacred Hearts. These novels follow respectively the lives of a Florentine Noblewoman, a Venetian Courtesan, and the Sisters of Santa Caterina. Dunant’s novels owe much to her persistence in research and her determination to foreground these women who have been largely ignored in history. Dunant explained that she felt restricted by the crime genre, with its stereotypical ‘whodunnit’ plot, and the need for everything to be resolved by the end of the novel. By delving into the past, and studying real and often marginalised figures, she felt able to focus much more on character. Explaining the title of her lecture, Dunant compared novelists to portrait painters, arguing that both had the ability to look beneath the surface: “character is not just what you see, but what is going on underneath; the inner workings of the mind.” 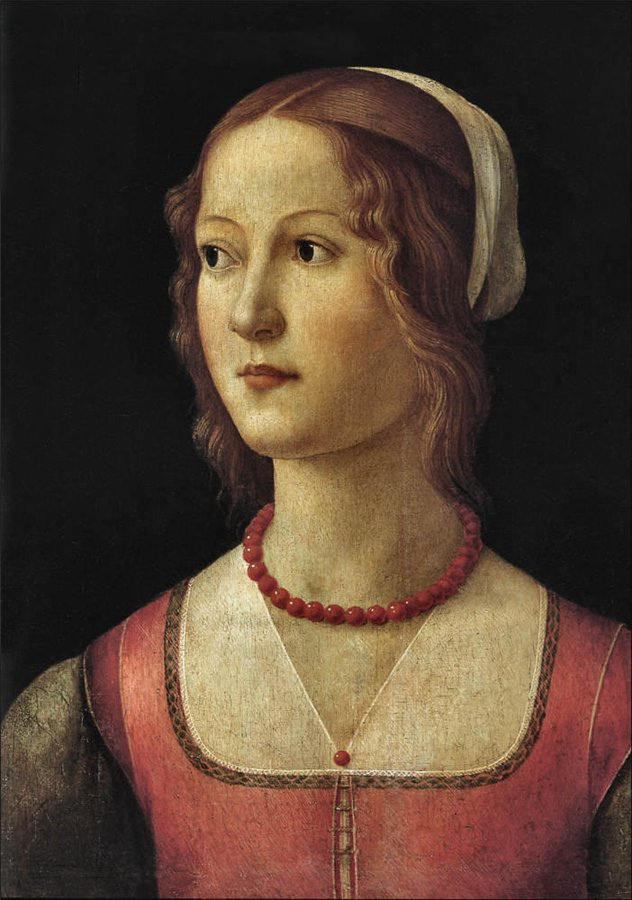 A portrait by Ghirlandaio.

Dunant’s journey into both history and character had a somewhat personal importance, as she confessed that she had reached a point in her life where she found herself somewhat lost, quoting Dante’s Inferno: ‘Midway on our life’s journey, I found myself / In dark woods, the right road lost.’ Her saving grace in this instance was that she found herself lost, not in dark woods, but in the city of Florence. Exploring the city she found the extraordinary effects of a fifteenth century revolution in art, where suddenly paintings became populated by real human figures, with expression and character. However, the more she explored, the more she discovered a common theme; whilst male figures displayed the influence of this revolution, female figures remained coy, modest, and in no way individually characterised. Determined to find out more, Dunant began extensive research into the history and art of this era, and managed to unearth ‘Ritratto di Giovane Donna’ by Ghirlandaio. In this portrait, Dunant had found the protagonist of her first historical novel, The Birth of Venus, a young girl called Alessandra Cecchi. In this novel she explores the social constructs which would have bound the young girl of the painting; although she displays a natural talent for art, it was considered an unsuitable career for a girl. A forbidden romance inevitably grows, as the novel captures both Alessandra’s own conflict in love, and the contemporary political turmoil present in Florence.

The second novel in the trilogy, In the Company of the Courtesan, was again inspired by a painting, this time by Tiziano Vecelli, known more commonly as Titian. The subject is ‘Danaë’, often referred to as ‘The Venus of Urbino’, a symbol of the courtesan culture which began in Rome and soon spread to Venice, the setting of Dunant’s second novel. She explained that for the most part, Venice is a place constructed in our minds, the epitome of crumbling decadence. Yet during the 1500s, Venice was the economic centre of the Western world, and hand in hand with this went the power of the oligarchy, and the rise of the courtesan culture to satisfy the needs of high class, wealthy, bachelors. Dunant explained that she didn’t want the figure of the courtesan to be the protagonist of her novel, claiming that we would have “admired her, but not liked her, and not understood the social structure around her.” Instead, Dunant turned to examine other marginalised figures of the time, and found, in the distant background of yet another painting, the figure of a dwarf. As seen in the character of Nano in Ben Jonson’s Volpone, it was common to keep a dwarf for entertainment. This practice gave Dunant her perspective; a marginalised figure, yet one who was still male and therefore partially party to the inherently masculine society. Courtesans often had dwarf companions to entertain clients, and thus in Dunant’s novel, the courtesan Fiammetta is accompanied by the dwarf Bucino, through whose eyes the story is told. This allowed Dunant to explore all aspects of Fiammetta’s character, being smart and desirable to attract clients yet vulnerable at the same time, without the narrative appearing to be overtly feminist. 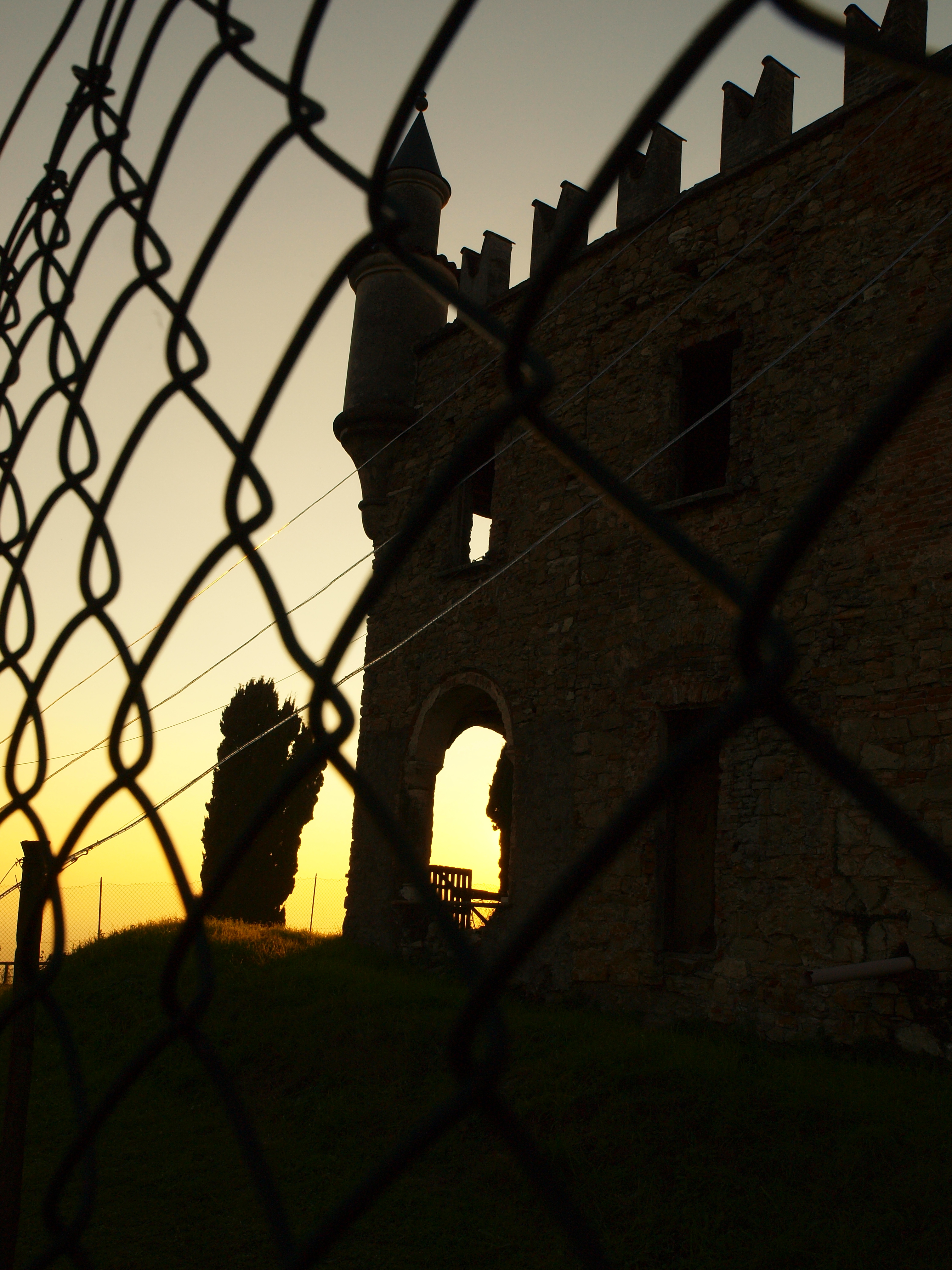 Convents could be seen as places of incarceration.

The final novel in the trilogy Sacred Hearts, is centred around a convent. These places of worship were home to a large population of noble women, who were unable to marry due to disfigurement, ailment, or simply lack of wealth. Families would have to provide a dowry if they married off their daughters, and thus for some it was simply not an option; entering the convent was one of the few practices deemed socially acceptable for young women. On the one hand, Dunant argued that these were places of incarceration and isolation. Girls came in when they hit puberty, and were married to Christ for the rest of their lives, confined in a strict regime of prayer. However, through the figure of her protagonist Serafina, Dunant explores the true life of these nuns, both the positive and negative aspects. Her characters are very much women of their time, and it is important to bear in mind that within the walls of the convent, nuns often had the ability to express themselves creatively, composing music, illustrating manuscripts, and acting and writing drama. Outside these walls, the alternatives were few and far between; wives had little freedom and the dangers of childbearing to deal with, whilst in England at the same time, Shakespeare’s female characters were played by men. In Sacred Hearts, Dunant focuses on the single male figure who was prominent in the lives of these nuns; Christ was the only man in the convent, and a constant presence.

To round off her lecture, Dunant explained that whilst her novels are historical, they exist purely as fiction. Despite her extensive research, Dunant argues that the role of the novelist is key, especially when there is little or no historical evidence available. Her own imagination can be forefronted in order to better understand the lives of these Renaissance women, even if it is mostly speculation. Dunant’s recent success is due in part to a remarkable renaissance of historical novels; it is no coincidence that the 2013 Man Booker Prize was won by Eleanor Catton for her historical novel The Luminaries. Dunant concluded by claiming that bringing the women of the Italian Renaissance to the forefront has been the most fertile and rewarding period of her literary career.