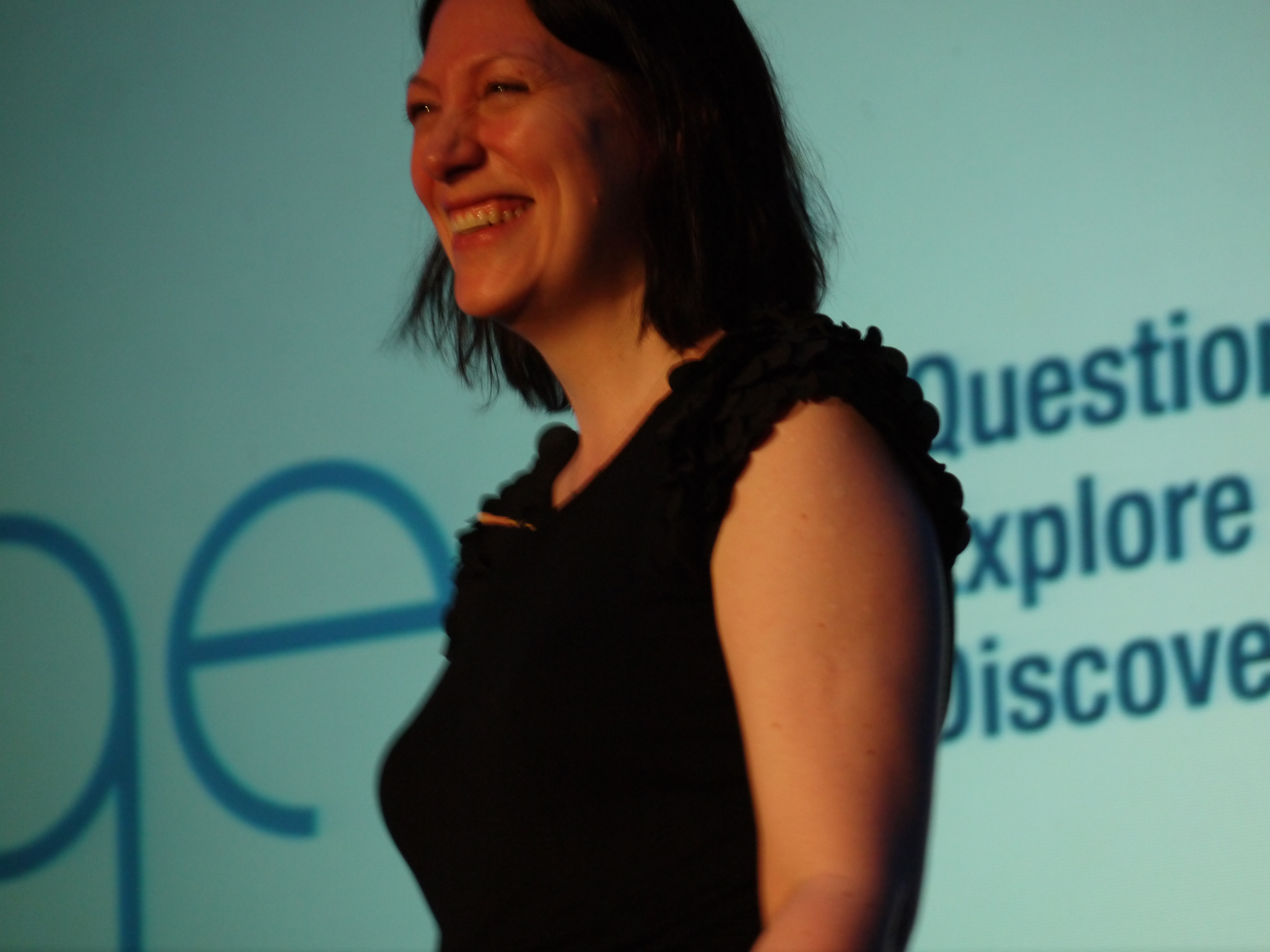 Natalie Haynes – comedian, presenter, critic, journalist, classicist, teacher, and most recently novelist – gave a talk on her debut novel, The Amber Fury, as part of Durham Book Festival 2014. Professor Simon James, Durham University’s own Head of English, gave a formal introduction, claiming that if the Renaissance was “so great because it was the rediscovery of classical texts”, then Natalie could surely only be called “a Renaissance woman”. Natalie appeared on stage laughing – setting the tone for the rest of the evening – sharing with us that she actually went to university with Professor James, and the whole situation felt awkwardly formal to her.

Having gone along to the talk not really knowing what to expect, I was in for an unexpected treat. Natalie’s background as a stand-up comedian meant she gave a fast-paced, fascinating talk, which had the audience in fits of laughter. Not something you might expect given the fact we were hearing about the likes of Medea, who kills her own children to spite her husband, and Oedipus, who blinds himself because he can’t bear to see the sight of his dead mother/ wife (don’t ask, it’s complicated).

Natalie gave a brief introduction to tragedy, laced with explosive energy. Thespis was technically the first person to invent it, although he was a solo performer so it would have been more of a recitation. Drama as we know it was further developed by Aeschylus who added a second character, allowing for conversation and conflict. The earliest of his plays that we have is The Persians, which was unusual because it was set in very recent history (the war had only happened ten years before). His other plays are set in historical vagueness; Oedipus for the Greeks would have been roughly the equivalent of Robin Hood for us. The Persians was also strange in that it told the story of the other side, i.e. it was not from the Greek point of view. Perhaps even more striking, for a modern day audience looking back, was the characterisation of the women left behind after the war. This was a common theme in Greek plays however. Male playwrights often imagined extraordinary women, a tradition which produced the likes of Medea and Antigone.

Euripides’ Medea came third out of three plays in a competition, but within a year was the most re-played tragedy of the time. Women, ironically, would have been unable to see the earliest productions. Natalie picked out two particular key monologues. One heroises women, when Medea delivers her infamous line: ‘I would rather stand three times with a shield in battle than give birth once.’ To quote Natalie, “Medea wasn’t messing around”, life expectancy was around 35, and childbirth was a significant cause of death in women. The second monologue is when Medea is deliberating whether or not to kill her children – it will cause her immense pain to do so, but she needs to get revenge on Jason. Medea kills her rival using poison – the female weapon – but for her children uses a sword – the masculine weapon. Take from that what you will. Natalie praised the Diana Rigg performance of Medea, dismissing productions where Medea is shown to be mad at the end. This excuses her actions, whereas she is supposed to be coldly calculating, and completely in control of her mental faculties. Natalie explained that the Gods endorse her behaviour by allowing her to exit the stage in the chariot of her grandfather Helios, the sun.

Next, we heard a brief summary of The Amber Fury, whilst Natalie tried not to give any of the story away. The protagonist, Alex, undergoes tragedy and then becomes a teacher, educating students thrown out of other schools for bad behaviour. Sophocles’ Oedipus Rex is the first thing they come across in the classroom, which they don’t know they hate already. To quote Natalie: “if you’re trying to win over recalcitrant teenagers, deviant sex and killing parents is the way to go.” She argued that Oedipus is relatable to any audience given its focus on determinism and questions of free will.

Oedipus Rex is technically the most correct tragedy, fitting Aristotle’s unity of time and place, with Sophocles adding a third character on to the stage. Aristotle listed the key parts of a tragedy in his Poetics, and Oedipus “nails every one in the correct order”, rather than forgoing plot for great spectacle like some modern day blockbusters. Natalie pithily remarked that some modern day films would benefit from having five dollars of the costume budget spent on the script instead. Oedipus begins in media res, with much of the action taking place before the story begins, a technique which Natalie uses in The Amber Fury. Oedipus’ fatal flaw – “a normal characteristic taken to extreme”, a common feature of Greek tragedy – is his quickness. Because he is mentally much quicker than other people he is able to solve the infamous riddle (“I mean really, how could someone come up with the answer ‘man’?”), and later curses the killer (i.e. himself, unknowingly). The audience – well aware of what is going on – is constantly on the edge of their seats, and to quote Natalie it is “incredibly stressful to watch”. Jocasta (Oedipus’ mother/ wife) hangs herself, which is actually especially eloquent, since this was the method of suicide for virgins, so she effectively negates her marriage and children. Oedipus blinds himself and only then can truly see. Being blinded by grief flaws Natalie’s own character Alex. Oedipus is the first great whodunnit with a twist; the villain was the person trying to solve the crime.

Natalie herself first read Greek tragedy aged 16, recognising the extreme emotional responses and the feeling that the deck is stacked against you, which I’m sure most of us can remember from our teenage years. She claimed that no one should read Romeo and Juliet after the age of 14. At that age, their actions seem reasonable and rational, after this age it becomes unbelievable; to quote Natalie, “dying for love? Just find a new one!” Reading Medea aged 16 she thought to herself, “Medea is right”, and she admitted that some aspect of her still believes this. Having fallen in love with classics at this age, she pays tribute with The Amber Fury written in the format of a Greek tragedy, with separate acts and a prologue. Her previous book, The Ancient Guide to Modern Life, advocated classics in all forms, although Natalie warned us against Troy or Wrath of the Titans. In this novel, Natalie attempted to show that classics maybe isn’t always the answer, as it does have tragic elements. However, like Euripides’ vastly underplayed Alcestis, the novel does have a sort of happy ending. The Amber Fury is in essence “a modern day Greek Tragedy inspired by Ancient Greek Tragedy”, and if Natalie’s writing style is anything like her lecturing style, then I can’t advocate it enough.