In the aftermath of the controversial Leaving Neverland documentary, which outlined two men’s experiences of child sexual abuse by Michael Jackson airing last week on Channel 4, the legacy of the man who sat as a god of musical talent appears tarnished. Radio stations worldwide have pulled his music from playlists, preferring to observe the situation and not make a public statement on the accusations; to be honest, they cannot as of yet make any other decision: airing Jackson’s tracks might be viewed as a statement of support, and, as in other cases of historic child sexual abuse, there is now a waiting game to see if any more accounts are aired.

Whether the testimonies of James Safechuck and Wade Robson are true or not, I can never hear his music or view his shows without making the psychological link between Michael Jackson and child sex abuse. Songs such as ‘Bad’ and ‘Smooth Criminal’, both referenced in the documentary as elements of the visage that Jackson constructed around his two victims, carry overt sexual overtones in their style and lyrics – it’s difficult not to make that jump, in the aftermath of the documentary, from his music to his alleged actions. This does not mean that one should deny the impact and influence Jackson had on popularising RnB and Motown worldwide, on supporting artists from across genres and cultures, and in his impressive charity work; but the perception of Jackson as an example of a ‘good man’ now must be re-evaluated. 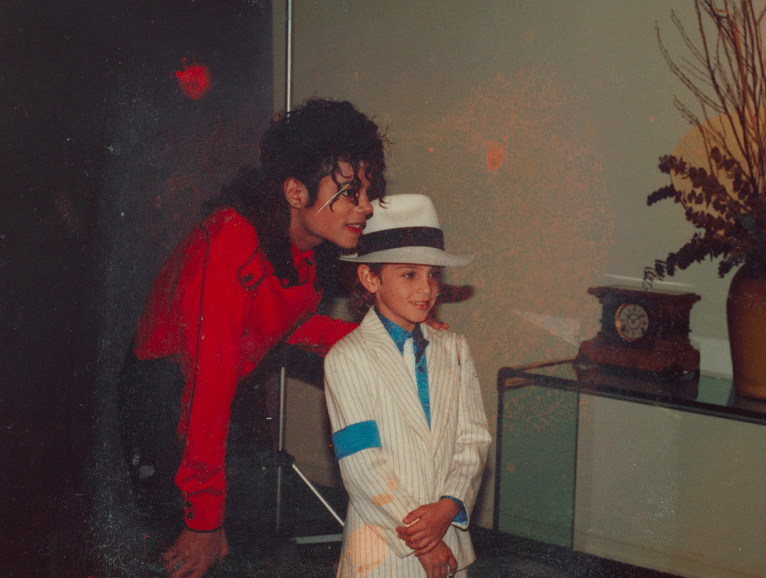 The response to the documentary has been cataclysmic. Ardent Jackson fans, crushed by the fresh round of allegations (indeed the second time that Robson’s account has made major headlines), have been inflamed in response, with a magnitude of personal blogs, reviews, videos, and online and visual campaigns declaring the innocence of Jackson since they view the allegations aimed at the ‘King of Pop’ as untrustworthy. This has caused sales and streams of his tracks to rise (according to Nielsen Music’s data, combined song and album sales increased by 10%, and his video and audio streams jumped 6%), with fans adamant for Michael’s music not to be muted – or perhaps some re-evaluating the message they received from the music, much as I myself have.  Whether his tracks should be pulled from streaming sites, like Spotify, is a different question to whether radio stations decide not to play him, due to the different business models. Streaming sites have playlists just as radio stations do, and they may decide not to feature him in any sponsored by the site themselves (e.g. the popular Spotify playlists which aim at a type of mood). But, to remove him completely from the service is taking away people’s right and ability to stream a particular artist – if a person is able to listen to Michael’s music in complete bliss despite the allegations and appreciate the artistry that has gone into its creation – could damage severely a company’s public image and appear as a definitive statement on the worth of an artist’s music in the face of allegations, or a statement stating that he is guilty of these indecent acts – it is not for media, especially those not connected to the case itself, to decide the guilt of a man, but rather courts of law. 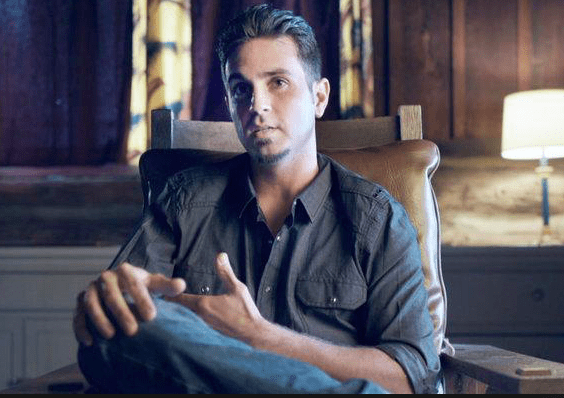 “I want to be able to speak the truth as loud as I had to speak the lie for so long.” – Wade Robson. Image Credit: nytimes

This brings me to my final point. The documentary had to be aired for these men to tell their accounts of their childhood – it is a story of woeful parenting, of crushed personalities, of the supreme power that one godlike man could hold over the minds of so many children – after US law courts threw out their cases, for excuses such as the Neverland Estate not being liable for Michael Jackson’s actions – thus they need to be advised on who they can prosecute – and the prosecution being assembled too late after the singer’s death – ticker-tape has prevented justice. The American courts of justice therefore failed their job to provide space for the victims to have their voice heard – and in light of the documentary, the courts must consider the accounts themselves in isolation, and go over every detailed piece of evidence and testimony in order to decide whether these accounts should be believed. There is more pressure on them to produce a final ruling, but they must not be rushed in their decision – nonetheless, we also desire a decisive answer. For now, the documentary demonstrates how much rigid the safety systems are now than in the 80s and 90s – it would contravene so many modern child protection laws for a child to be allowed to sleep in a grown man’s bedroom, and this means that the allegations can receive some support. It also creates concerns over the extents of ‘star power’ and reinforces that parents should not neglect their children – indeed a crucial part of the potential blame lies with the parents of James Safechuck and Wade Robson, who gave opportunity for indecent acts to occur. Until a proper, decisive court ruling on these child abuse testimonies, the documentary appears as a one-sided account of sexual abuse, of survivors telling their stories with no other response – but judgement of the validity and trustworthiness of these testimonies should be suspended until proper justice has been served. Trial by media cannot suffice. Michael Jackson cannot appear to me innocent until proven guilty, as in my eyes the evidence presented in the documentary creates a strong image of Jackson as a paedophile. But I have to suspend my final, definitive judgement on his guilt until the testimonies of James Safechuck and Wade Robson have been processed in court.