The Abolition of the Death Penalty: 50 Years On 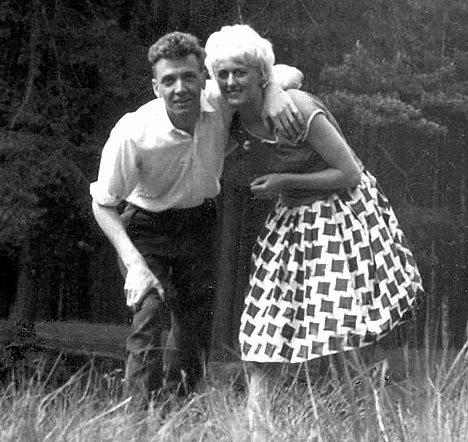 Just before 8.00am on 13 August 1964, Peter Allen and Gwynne Evans were led from their cells in Liverpool and Manchester to the gallows. Following unsuccessful appeals, they were executed for the murder of John West at his home in Cumbria, in April the same year. Neither Allen nor Evans, or those who witnessed their final moments, would have realised that the events of that Thursday morning would become part of British judicial history. They were the last death sentences to be carried out in Britain, as in November of the same year, a bill was introduced which suspended hangings in Great Britain, although the death penalty remained on the statute books for the time being.

The executions of Allen and Evans came as a surprise, especially on a growing trend for condemned prisoners to be granted a reprieve. Along with the 1957 Homicide Act, which reduced the number of capital murder charges to six, that trend had led to a dwindling number of executions year on year from the early sixties. Although the move towards abolition accelerated following the introduction of the 1957 Act, the question of abolition had not been a dormant issue, and had been debated in the House of Commons throughout the 1940s and 1950s. MPs had voted for a suspension of the death penalty in 1948, although this measure was ultimately blocked by the House of Lords.

Labour MP Sydney Silverman was a leading advocate in the abolitionist movement, calling capital punishment “revolting” and “barbaric”. He was strongly against capital punishment on the grounds of its finality, and the consequences of miscarriages of justice, with the case of Timothy Evans being a notable example from 1950. Silverman proposed a private member’s bill in 1965 which furthered the 1964 suspension of hangings to a general suspension of capital punishment. Abolition became permanent in 1969 following a further vote, in accordance with conditions outlined in the 1965 Act.

The abolition of capital punishment, spearheaded by Silverman, can be seen as one of the Labour Party’s most notable achievements during its time in office between 1964 and 1970. Those years saw other liberalising reforms, including the legalisation of abortion and homosexuality, as well as an end to the censorship of theatre productions. Another major ally in the abolitionists’ camp was then Home Secretary Roy Jenkins, who, following the suspension of capital punishment, famously installed a drinks cabinet in his office in place of the board containing the list of condemned prisoners. It seems that Labour did not seek to make political capital from these reforms, however. It made no reference to capital punishment in its manifesto for the 1966 general election, fought months after suspension, and in the 1970 manifesto made only vague hints towards penal reform. Labour sensed public opinion, and presumably saw mentioning such reforms as a potential electoral loser. Labour lost the 1970 general election to the Conservative Party, led by Edward Heath.

Regardless of whether or not suspension of the death penalty had led to an increase in organised crime, and a sense of ‘murder without consequence’ as argued by many retentionists, a notable trial was to take place in 1966 which would throw the debate over capital punishment straight back into the spotlight. Ian Brady and Myra Hindley, the so-called ‘Moors Murderers’, were arrested in October 1965 for the murder of five children aged between 10 and 17, whose bodies were buried on Saddleworth Moor. Their arrest came weeks before the private member’s bill was passed suspending the use of the death penalty. However, their trial did not begin until April 1966, so following a guilty verdict, the judge was only able to hand down a life sentence. This caused great public debate, and even led the uncle of one of Brady and Hindley’s victims to run against Sydney Silverman in his Nelson and Colne constituency as an independent candidate, solely on the issue of capital punishment.

According to Amnesty International, 58 countries still retain and implement capital punishment, with a further 35 retaining it in law. Amongst the countries which maintain it are two of the largest democracies in the world, Japan and the United States. It is worth asking: if capital punishment were abolished in these countries, what would the implications be for the abolitionist movement in the developing world? That question is worthy of an article in itself, and we leave it to the reader to ponder.

Is abolition likely in either of these two cases? Japan conducts capital punishment in a highly secretive manner; the condemned prisoner is kept in near solitary confinement, not knowing when death is coming until minutes beforehand. However, public opinion in Japan seems greatly in favour of retention.

The US deals with capital punishment on a state by state basis, and although 32 still retain it, 18 have abolished it, in line with what (may) be a growing trend. This could be accelerated due to the increasing difficulty many states face in acquiring the drugs mandated by their lethal injection protocols. The flipside to this has seen states using ‘experimental’ drug cocktails with disastrous consequences. Tennessee has recently reintroduced the electric chair as a mandatory alternative if drugs can’t be obtained. The US did suspend executions in 1972 while a review took place, only to reinstate them in 1976. The future remains uncertain.

Cases like those of Brady and Hindley in the UK, and serial murder Ted Bundy in the US, have frequently been used as examples in the argument for reinstating or retaining the death penalty. Are some crimes so heinous that such punishment is appropriate? And does the death penalty become justified and not simply ‘eye for an eye’ revenge justice? The question of whether capital punishment merely equates to state sponsored murder, or represents a legitimate form of justice, and if so under what circumstances, will always remain a subject of debate.