Are you interested in the technical aspect of theatre, but feel that financial concerns inhibit your ability to make this dream into a reality? Well now you can put those fears into the wings. David Sproxton, producer of Wallace and Gromit, co-founder of the Academy Award-winning Aardman Animations, and former Durham student – is offering a scholarship of up to £16,000 over a four year period to help upcoming prospective students with an interest in the technical side of theatre.

In a world of pandemics and lockdowns, it seems theatre has well and truly been pushed behind the curtain. This could not be further from the truth. Theatre continues to live on, changing and adapting to the modern world of Zoom and Microsoft Teams. What’s more, it’s not often we get to hear about the technical aspects of theatre. Yes they get a brief acknowledgment during the curtain call; but most of the applause is seemingly directed at the actors. In fact, lighting, sound, projection, stage management, set design, costume design and video production are all integral parts of the drama medium that keep the theatre wheels turning.

Whilst Durham does not offer drama and theatre as degrees, then, it certainly makes up for it in numbers. With thirty theatre companies and over one hundred shows per year, there really is no limit to what Durham Student Theatre has to offer. And with the hum drum of quarantine queries, news of a theatre scholarship will have many avid behind-the-scenes theatregoers jumping at the chance. As Mr Sproxton articulates, “It doesn’t take much to give someone an opportunity to help develop a skill that might otherwise lie dormant. I was of a generation of students which didn’t need to worry about funding their way through university, we were given grants. It’s all very different now, so supporting a student allows the to more easily pursue an interest outside their academic studies without financial worries.” 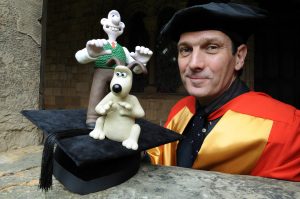 University is, for many, a honeypot of opportunities. But frets over funding and finance can often seem like an insurmountable boundary. Mr Sproxton’s scholarship offers students up to £4,000 per year for the next four years. It promises to support the living cost of students interested in the technical side of theatre, thereby allowing them to immerse themselves into a community of theatre-makers without additional anxieties. So what are you waiting for? Applications for this unique opportunity are now open for all those prospective students planning to start their degrees in October 2021. The deadline for this is Sunday 28th February – so get on writing those applications (see link below).

Student technician Anna Bodrenkova, in speaking about this opportunity, said “I’m so happy that the scholarship will make getting into tech accessible for more people, and will give successful applicants the freedom to focus on what really interests them within DST Tech.” She goes on, “The community has always been eager to teach new members, so I think it’s important that the new scholarship will value enthusiasm over experience.” Indeed, if you are not a multi-award-winning theatre technician – fear not. The emphasis for this scholarship seems to be about reaching one’s potential, about being given the means to start your theatrical voyage. As Mr Sproxton said, “You never know where that interest might lead them, but it’s certainly worth giving them support and encouragement to start on what could be a very exciting journey.” 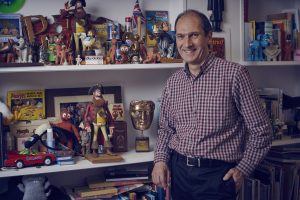 Reflecting on his time spent in Durham’s beloved and award-winning Assembly Rooms Theatre, Mr Sproxton describes his experience with immense fondness. “I learnt so much in this place; working as team, taking a brief, giving a brief, even taking an electricity meter reading! But fundamentally, I could explore my deep interest in putting emotion and character into scenes using light, colour and shade.” He also reflects on how his extracurricular experiences at Durham later fed into his career pathway. “What I learnt in this theatre I fed into the film-making processes at Aardman; using lighting to enhance the drama and emotion of a scene. Looking back, I realise I was fortunate to be thrown in with a bunch of ambitious and infectiously enthusiastic people. I hope it continues to have such a positive impact on people’s lives for many decades to come.”

So who knows what the future holds? Regardless of what you wish to become – a lawyer, scientist, accountant, writer or a fellow theatre-maker, the emphasis of university is on opportunity, including in those areas outside of your academic discipline. And what greater opportunity for the aspiring theatre-maker than a scholarship from the producer of Wallace and Gromit? Without those financial worries, Mr Sproxton is easing the pathway for students to reach their potential. The chance is there for you to grab. So why not give it a go?

The deadline for applications is Sunday 28 February. To apply, visit www.dur.ac.uk/study/ug/finance/uk/scholarships/stagecraft/

All images used with permission from Aardman Animations Ltd.