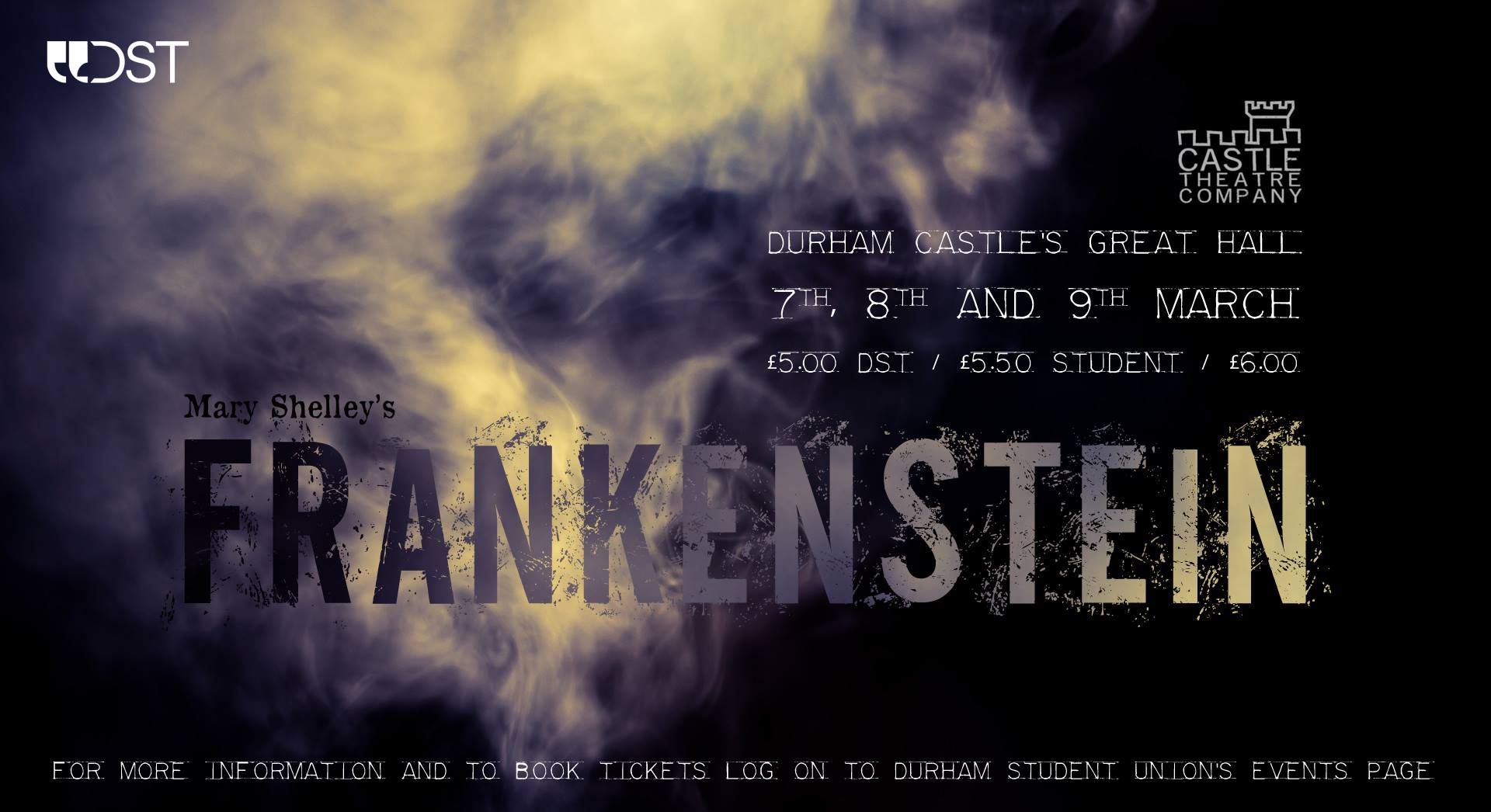 ‘all the necessary ingredients for a magical night of theatre’

Without intending to, I walked into the opening night of Castle Theatre Company’s Frankenstein with sky-high expectations. From everything that I had heard, the production had all the necessary ingredients for a magical night of theatre: one of the most important stories in the English cannon, a venue that more or less sells itself, intriguing directorial choices, some of Durham’s most formidable acting talents, and that one single twist that would set it apart from all other productions of Frankenstein. I am happy to say that with just a few small exceptions, that entire thing worked like a charm.

To begin with, director David Knowles must be commended for making Castle’s Great Hall feel so intimate. The in-the-round staging and barely-existent set meant that there was nothing to distract the audience from the story unfolding on stage. This may have become tedious were it not for the fact both his adaption of Mary Shelley’s novel and direction of the cast were spot-on. While some of the smaller transitional scenes – such as the one where the Creature is mercilessly beaten by a passerby – felt rushed and incomplete, the main action flowed at just the right pace.

Another member of the production team who hit all the right notes was TD James Ryan. The lighting and sound may have been sparse, but both managed to fulfil their purpose without blinding the audience (more difficult than it seems given that the lighting fixtures were at eye-level) and drowning out the actors, respectively.

At the heart of the show lay without a doubt the cast, led by Hugh Train as Viktor Frankenstein in yet another mesmerising performance. I keep on being told that the reason why I constantly fail to recognise Train on stage is because I have a tendency to forget my glasses, but I truly think it is because he has the unrivalled ability to bring every character he plays to life in a manner that makes you believe you are watching a real person. His Frankenstein was determined, distraught, defeated, and when he discovered what it was that caused human life, I can honestly say that I felt his elation.

Another delightful performance came courtesy of Natasha Yadav, who expressed both the Creature’s patchwork physical and disoriented emotional state with dedication and attention to detail. While she sometimes dropped her character’s verbal quirks and spoke too fluidly, her performance as a whole was very well-rounded. Given that she used her voice and body so well, it’s unfortunate that she lost some of the ability to act with her face as a result of some rather out of place prosthetics. Throughout the performance, I couldn’t quite figure out what effect the make-up added that a few bloody gashes and sutures wouldn’t have shown.

Additional stand-out performers in the cast were Pippa Mosley as Frankenstein’s long-time love Elizabeth Lavenza, and Georgia Cassarino, who doubled as Professor Waldman and Madame De Lacey. Mosley exuded warmth and sincerity, making her death arguably the most emotionally affecting moment of the play despite her few scenes. Meanwhile, Cassarino effortlessly transformed from one character to another, playing both an inspiring academic and a gentle, blind woman. When she is on stage as Madame De Lacey, I suggest that you take a good look at her eyes and see how she captures that unfocused, distant look of the blind.

On a final note, a little grumble that will hopefully be remembered by any production team reading this, no matter where they are set to perform: know what is happening around your venue, especially if it is something that will disrupt your performance. I’m just a little surprised that with so many members of the cast and production team from Castle, no one thought to suggest postponing the massive party going on in the Undercroft. While I doubt that the problem will reoccur on any other nights of the play’s run, it was still a shame that some of the most emotional scenes were soundtracked by the likes of Pharrell Williams and Rudimental.

Although, if I am being completely honest, it does give me a great excuse to go see Frankenstein again. It is just the type of play that warrants being seen a second time.