Isabel Carmichael-Davis in Drama on 1 November, 2019.

‘Beyond Faith’ was a great spectacle, made unique by Egor Mutovkin’s great sense of humour and the way he weaved the magic in with a narrative. Indeed, as promised, there was some references to ‘modern black magic’, with the summoning of spirits and the binding of an audience member to a chair, but it was really the stories he told relating to his psychic mother and friend who is a member of a cult which made it stand out. 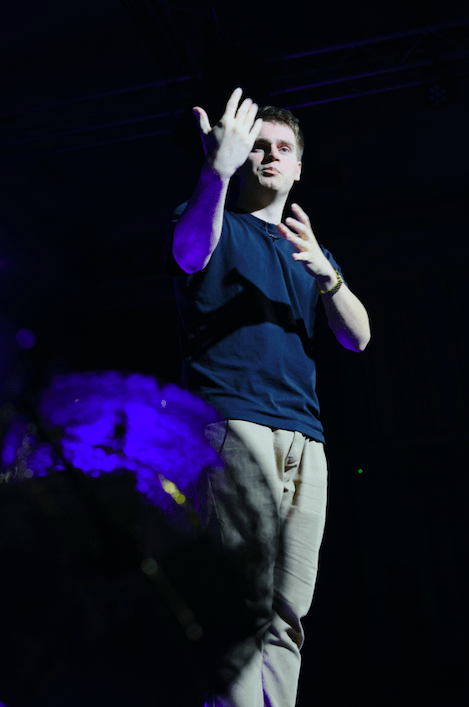 The first half set high expectations, with a combination of psychological mind-reading and slightly more traditional card-based illusions. He began with one of my favourite tricks in which he collected pieces of paper from the audience and then attempted to guess what they had written on them. They were all incredibly specific (like the woman who confessed an embarrassing memory when she had accidentally sent a sample of her faeces to the wrong person), and he guess all three with surprising accuracy. He finished the first half with managing to levitate his assistant, so that she was seemingly lying suspended in the air, and he tested this by passing a hoop around her to show that no chair remained. After this, in what felt like no time at all, the first act was over, and there was a short interval while they set up for the second half.

The second half lived up to the first, with Egor consuming multiple needles and getting a woman to pick a Bible passage, which he had predicted and written on the cards he had given to us at the start. Throughout, I heard audible gasps from the audience, as well as constant applause and laughs in response to Egor’s jokes and anecdotes. It was a good job that the audience were so onboard with the show, as there was quite a significant amount of audience participation.  Egor mostly focused on the front row, which made me grateful to be nearer the back although the view was not quite as good. He did, however, pick one of the guys on my row for one of the tricks. It required quite a significant level of trust as Egor blindfolded him and sat him on a chair behind a screen where he ‘disappeared’, reappearing at the back of the audience. 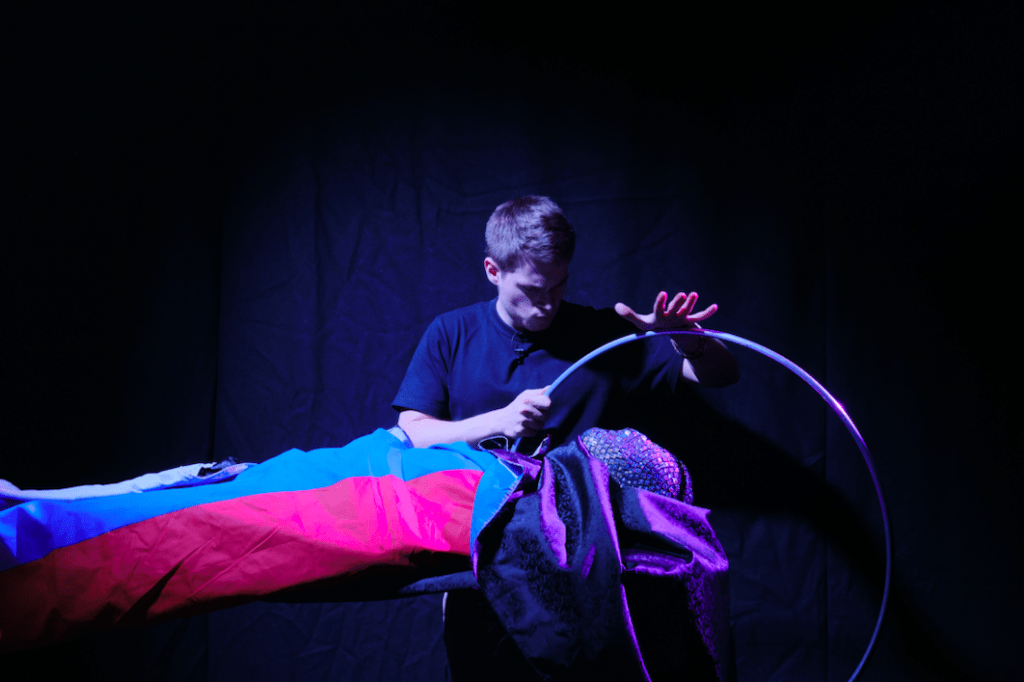 The tickets seemed initially quite expensive, £7.50 for a standard and £9.50 for a front seat ticket, but by the end it was clear that they had invested, not just a great deal of their time in the show, but also money, with an impressive display of props, sets and costumes. Indeed, no-one in the audience seemed to be complaining, and every seat in the significantly sized venue was taken. Although Egor is himself originally a member of Grey’s, this show was put on in the Mark Hillery Arts Centre in Collingwood College, which worked well as a venue (with great access to the college bar!).

The act was unexpectedly appropriate for Halloween, the pig masks worn by his assistances made it look like they were involved in some sort of armed robbery and the strange dance sequence with the faceless woman was incredibly eerie. However, I would definitely recommend seeing his show any time of the year, because it was so different to what you normally see and so well executed!