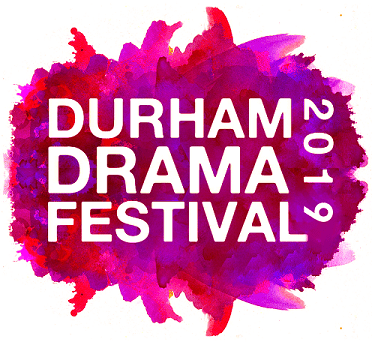 Durham Drama Festival presents a night of new work and excerpts of shows we’ll hopefully be seeing more of over the coming year. Alex Cohen, Jenny Pavitt, Charles Edward Pipe have contributed their own plays for the event; we spoke to them about their inspiration, favourite lines and where they see their productions going.

What inspired you to write the play?

I wrote a similar play for last year’s Scratch Night, and really enjoyed the experience so I decided to do it again. I started writing this play just as I was starting to get into classic British sketch comedy (The Two Ronnies, Monty Python, etc) and these sketches had a large influence on the style of my play.

Do you have a particular favourite exchange or line in the play?

I love puns! There’s a moment where the Pub Landlord is complaining about the interior of his pub and concludes by saying that the surface for pouring drinks is at the wrong height… “I’d say the bar’s been set pretty low.” I cringed when I wrote it and everyone who’s read the script has cringed when they’ve read that line, which is just what I wanted!

Name a famous person who would enjoy this play.
I’d like to think John Cleese would enjoy it, as he was one of my inspirations while writing it.

Where do you see your play going? Do you plan to develop it for the future?
I have been vaguely planning to extend it into a full-length farcical comedy play, but this isn’t high on my list of priorities at the moment, as I have some very exciting and very different projects in the works *wink*

What inspired you to write the play?
I’m not sure. Probably my hat 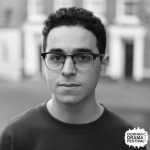 red for a lot of things.

Is the finished production how you envisioned it on stage?
Pretty much.

Do you have a particular favourite line or exchange in the play?
The joke about Hitler.

Name a famous person who would enjoy this play?
Jack Edwards.

Where do you see your play going?
Nowhere. Its not very good.

Do you plan to develop it for the future?
Not at all. 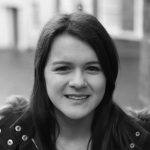 Jenny Pavitt: It’s Not You

What inspired you to write the play?

I tend to take my ideas from things I read about, as I find it interesting to put a human face to those topics as a way to contextualise them. For this piece, the basic idea of the two main characters had existed for a long time, but they only began to evolve into what they are now recently, after I had read further into issues surrounding male mental health. Listening to music was also great for inspiration, as hearing songs that remind me of ideas I have had helps me to pin own the tone I’m looking for in my own writing.

Is the finished production how you envisioned it on stage?

For the most part it is, which is the great thing about having the freedom to direct your own piece, as it allows you to fully realise your initial vision and see it come to life. However, some aspects such the staging didn’t translate the way I originally expected them to, which has provided some challenges, but also great opportunities for the development of the piece as a whole!

Do you have a particular favourite line or exchange in the play?

‘You can’t rewrite the real world. Change the ending in your head because that feels better. Or stop before the final scene because you’re scared of the last line.’

Whilst the phrasing is very particular to the specific character, I think it’s a sentiment that most people can understand in one way or another. It’s the feeling of wanting to fast-forward through a certain moment in time to avoid an awkward situation or doing something you’ve dreading. Because of this, I think it also summarises the idea that no matter how different people appear to be, there’s a level of common ground somewhere.

Name a famous person who would enjoy this play?

I’d love to say Lin-Manuel Miranda, as I think his work embodies what any creative person hopes to achieve. He uses words to explore current ideas and to pose questions to his audience, making theatre not only something to witness, but to engage with. He also showcases the range of human emotion, writing characters that never fit as true protagonist or antagonist. So I’d like to think he’d enjoy anything that hopes to capture that same outlook, even to the smallest degree. He also never shies away from an allusion to Shakespeare…

Where do you see your play going?

Literally speaking, most likely back onto my laptop for a while! I’d like to take some time to edit it in line with things I’ve learnt through the process of directing that either have or haven’t worked in the way that I initially intended. Besides continuing the writing process I’m unsure of exactly what the next step will be, but opportunities are always good at presenting themselves when you need them!

Do you plan to develop it for the future?

I’d love to develop it for the future and bring in further ideas that I hadn’t had the scope to explore within the time frame for the piece as it is. There are also themes that are lightly touched on within the script currently that I’d really like to take the time to expand upon and do full justice to. As while it’s possible to provoke a discussion in shorter piece, you can’t offer the diverse range of perspectives and opinions that I’d love to fully examine.