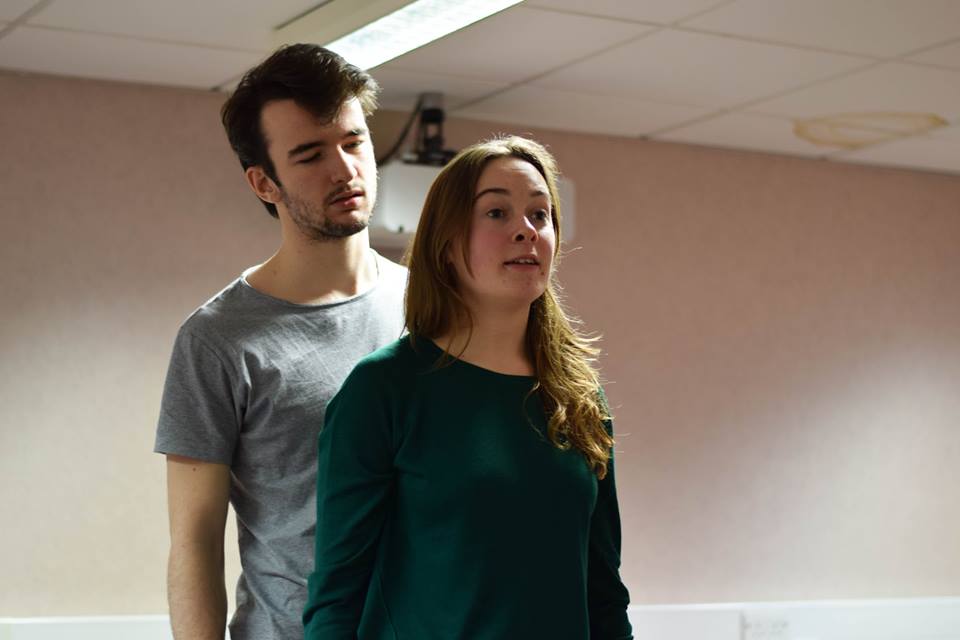 Lela & Co is one of the most impactful plays I’ve ever read. It deals with themes of sexual violence, sex trafficking, and the often-tragic effects of capitalism and commodification. It is hardly a light- hearted play, however it is made immensely watchable and engaging by the titular character. This is her monologue, in which she vows to tell us ‘the truth, the whole truth, and nothing but the truth’ about her life so far. But it is a monologue that is constantly being interrupted, contradicted, and taken over by various male figures. Not only does this conflict provide compelling interaction between the two actors on stage, it is also an important exploration of the construction of ‘truth’, and the way we decide which voices are worth listening to.

The importance of providing a voice to those not previously heard was one of the main reasons I wanted to direct this play; in light of the recent #MeToo campaign, it seems like the perfect time to stage this production. Lela’s story got under my skin to such an extent that it was no longer the case that I simply wanted to direct the play, I felt that I had to.

The play presented several directorial challenges. Despite numerous changes in time and location, there are no stage directions to indicate how these should be conveyed. Our set simply consists of 9 wooden boxes which are moved around by the actors during the play. This is intended to provide a visual representation of Lela constructing her truth for the audience. Furthermore, the use of the blocks in different forms throughout, from the lighter beginning to the later more harrowing scenes, we are reminded that what we consider more extreme forms of women’s oppression is not separate to ‘lesser’ forms; they are all part of the same system.

It is also a challenging play for the actors. Zac Tiplady plays every male character in the play, occasionally switching between them within a couple of lines. Whilst this has been a challenge, it both provides an entertaining element to the play, and acknowledges the multiple faces of the patriarchy. Rebecca Cadman playing the titular role has the unenviable task of telling Lela’s harrowing story, whilst constantly engaging the audience’s attention. I’ve been blown away by both their talent and hope that as many people as possible get to appreciate their hard walk. Speaking of hard work, I owe so much to my producers Katie O’Toole and Hannah Sanderson, and my assistant producer Tula Wild, who have all put so much into this production. Please make the hundreds of splinters they currently have in their hands from making the blocks worth it by buying a ticket. Last but not least, I am so grateful to my assistant director Hamza Rafique whose input has been invaluable and without whom I would have found this production much more difficult.

So (if you’re still reading and aren’t too bored by my self-indulgence), why should you come and see the show? I believe that this is a story that is worth hearing, and deals with a subject matter not explored enough. We hope we’ve staged the production in an interesting and creative way, and that you’ll remember Lela’s story long after the curtain has closed.

Lela & Co will be collecting money for Rape Crisis England & Wales at the end of each show.