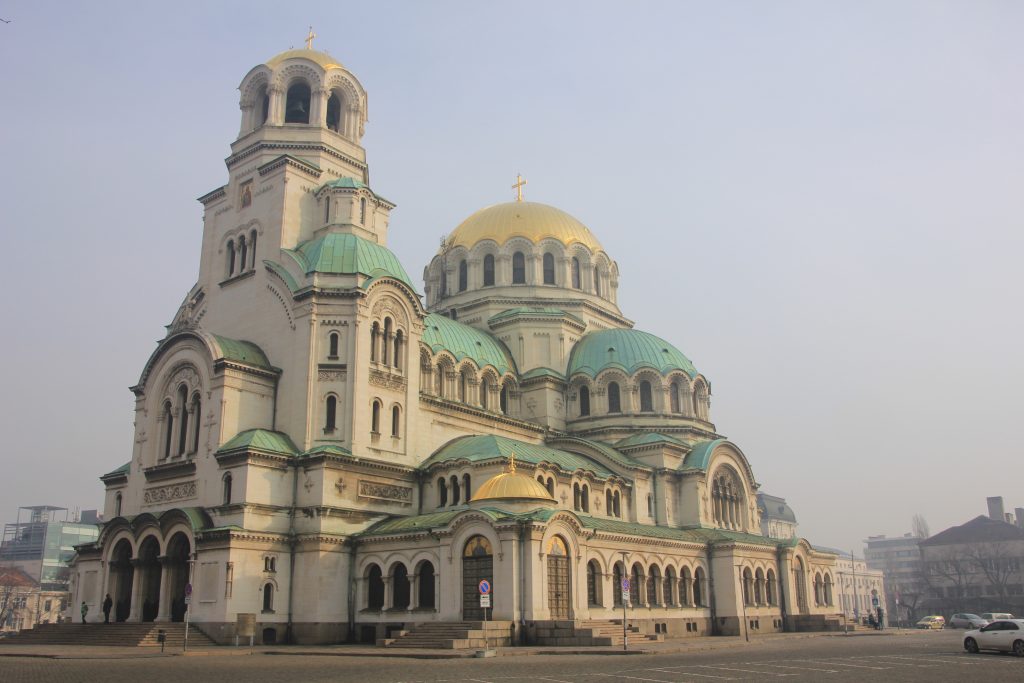 The land of affordable nightlife, golden beaches and some of the best ski slopes in Eastern Europe, Bulgaria has a huge amount to offer. Yet when I casually brought up the fact that I was making a trip there in early January, it undoubtedly raised a few eyebrows. Whilst I wish I could have justified the choice with a niche interest in Roman archaeological remains or Soviet art (both of which Buglaria is crammed with), I had to shamefully admit that the budget flights I found on Skyscanner a few months before were the main determining factor. Geared up for the bitter winter temperatures I set off with little idea of what else to expect.

When you step outside the ubiquitously international confines of the airport, it isn’t hard to see why some of the more distant parts of Eastern Europe receive less visitors than their more accessible Western counterparts. With the signage in indecipherable Cyrillic and the scenery scarred by miles of dreary Soviet tower blocks, you start to regret your travel decision. After a confused encounter with the lady behind the ticket booth, you try to avoid the unsmiling expressions of the passengers on the intercity bus, still unsure as to how you will know when to disembark. Yet before long the potholed motorways turn into to cobbled boulevards and the concrete becomes interwoven with golden domes and white bricked grandeur. 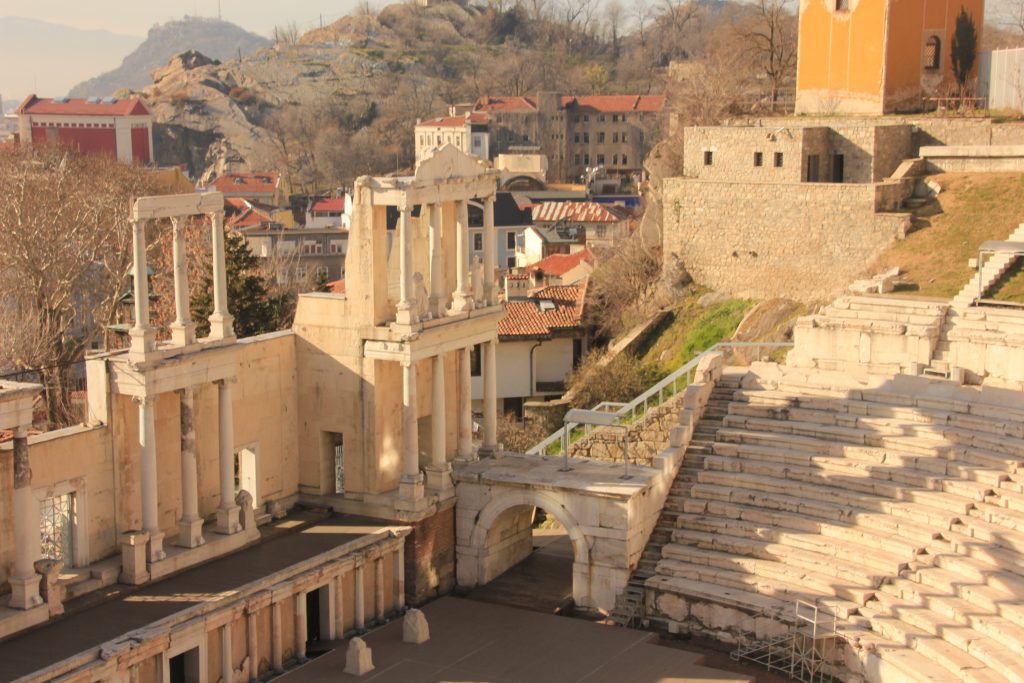 nd most prominent city, contains everything a cultural enthusiast and history fanatic could ask for with relics from the Roman, Ottoman and Soviet era all piled on top of one another. Split across seven hills, it is jam packed with ancient ruins, breath taking mosaics and awe inspiring 19th century mansions. Focused around a historical centre with its labyrinthine cobbled streets and narrow entrance ways, it isn’t hard to lose track of time passing between shops, museums and world heritage sites. The most spectacular attraction is undoubtedly the Roman Amphitheatre. Dating back to the 2nd century you can clamber around the almighty white stoned structure which still hosts major live music events for up to six thousand people. 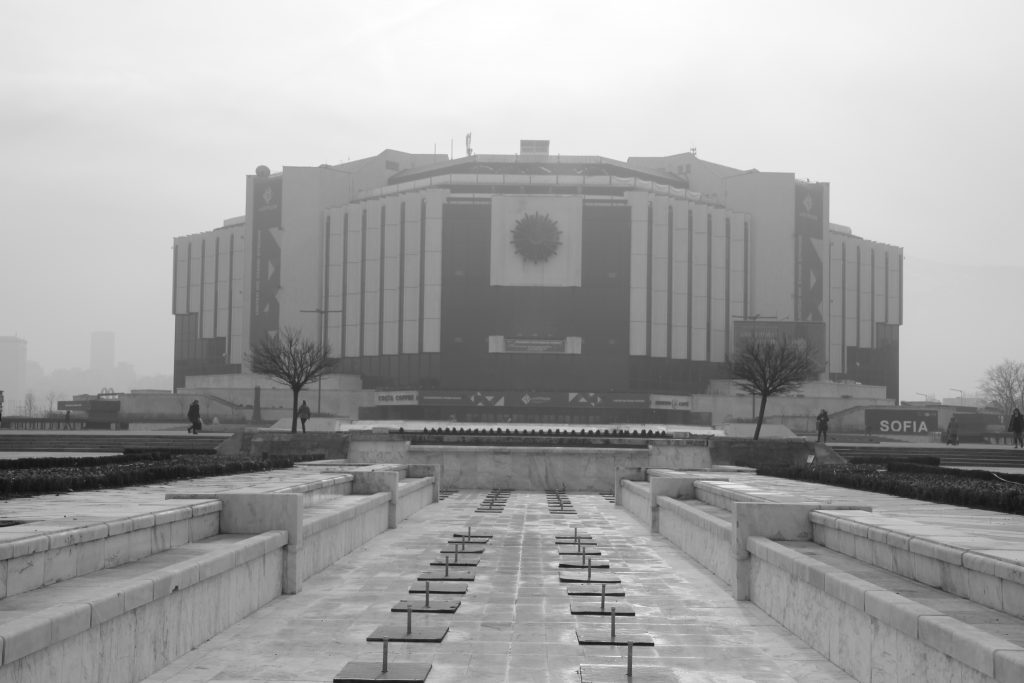 Bulgaria’s capital Sofia is perhaps a little less tourist friendly. Dominated by the neo-Byzantine domes of the iconic Alexander Nevsky cathedral, the other attractions may seem few and far between. The 1980s National Palace of Culture rivals London’s Barbican centre for lack of aesthetic beauty and a majority of the Roman remains appear scattered around the city’s perplexing central metro station. Where Sofia comes alive though is undoubtedly at night. Whilst the cold weather made it hard to enjoy of the city’s outdoor drinking culture, the central streets are brimming with cosy bars and restaurants.

Yet hidden behind the golden domes and funky nightlife venues, Bulgaria has an issue few are willing to confront: poverty. Whilst any urban centre is likely to give off an air of affluence, it’s only when you take a trip outside the major cities that the problem becomes 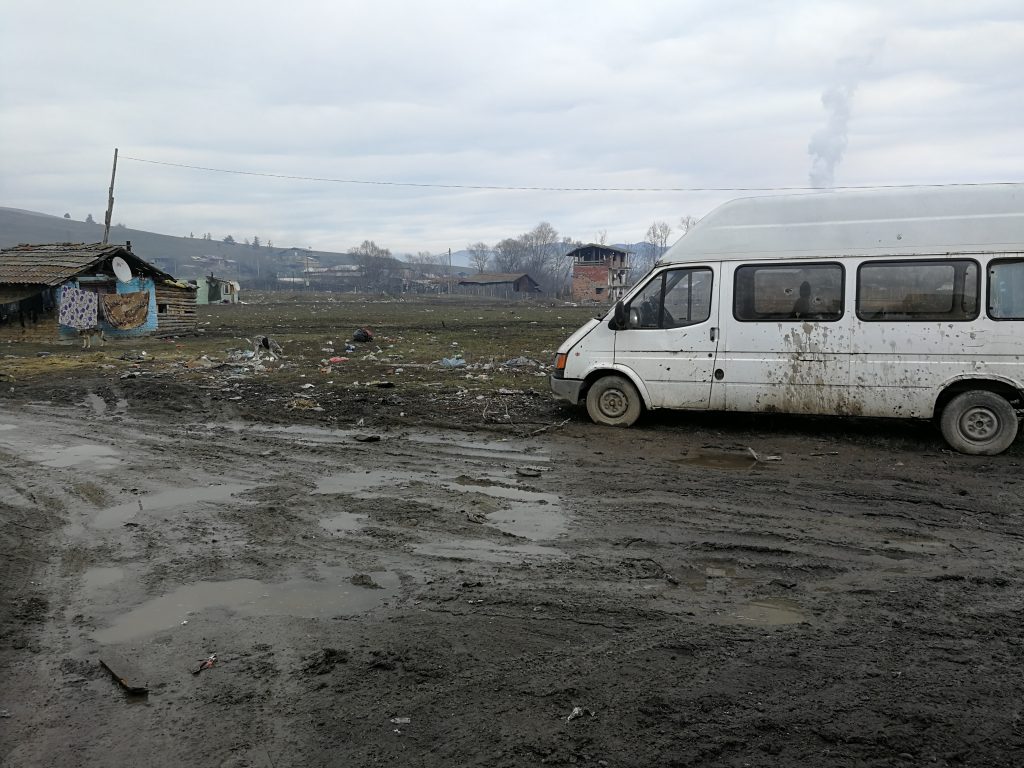 far more apparent. Over 20% of Bulgarian’s live below the average monthly poverty line, forced to exist on less than £100 (215 leva) per month making living conditions for many simply unbearable. Situated just a few miles north of the renowned ski resort of Bansko, the town of Razlog couldn’t provide a better demonstration of the nations’ inequality. Home to a large Roma population, the conditions are shockingly non- European. Settlements consisting of makeshift housing extend around the town’s outskirts, their occupants forced to brace the cold to make use of a single communal water supply and dilapidated latrines. Vehicles lie in a state of disrepair at the side of the muddy thoroughfares whilst horse drawn carts are used to families of young children and firewood. The scene wouldn’t appear dissimilar to a refugee camp or a developing world .

Armed with the likes of Lonely Planet and Tripadvisor, as tourists we are guided around a destination on a well-established pathway. Our gaze is fixed by stunning architecture, enticing shops and beautiful scenery but we rarely get to see behind the somewhat superficial surface. Whilst many will continue perceive Bulgaria as yet another budget Eastern Europe getaway, it was eye opening to uncover the grim reality for many living off the beaten track. I couldn’t recommend it more as a destination for its awe inspiring history, culture and breath taking scenery but it’s hard to contrast all this with the country’s less prosperous side. Affordable,

and with so much on offer, I implore you to make a visit.