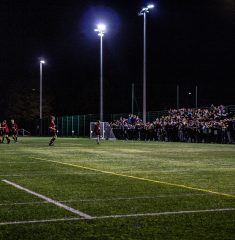 After edging past St. Aidan’s on penalties in the quarter-finals, Collingwood enter the last four seeking their third successive Floodlit trophy. For those who are not familiar with the format of the competition, the A team of each college battles it out for bragging rights in a series of knockout rounds. The holders have endured […]