‘Taking back control’ was the defining chant of Brexit Leave, but when it comes to the Uighur and trading with a genocidal country, the UK government back away. MPs were denied the chance to vote on giving British courts the power to assess whether China is committing genocide against the Uighur. 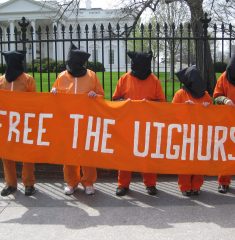 China’s Hidden Camps: The Plight of the Uighur Muslims in Xinjiang

In the Western province of Xinjiang in China, Uighur Muslims are being rounded up and sent to what the Chinese government are calling ‘re-education camps’. It is estimated that hundreds of thousands of the ethnic minority are being detained in such camps arbitrarily where they are kept in poor living conditions and with no legal […]