Last week, the Stories of Sanctuary music production drew in hundreds of crowds in Durham, Stockton and Newcastle – the start of a national UK tour for the group of Syrian refugees. The latest press release gives us an update on the project: Stories of Sanctuary is a community songwriting project which emerged out of […] 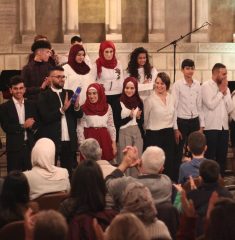