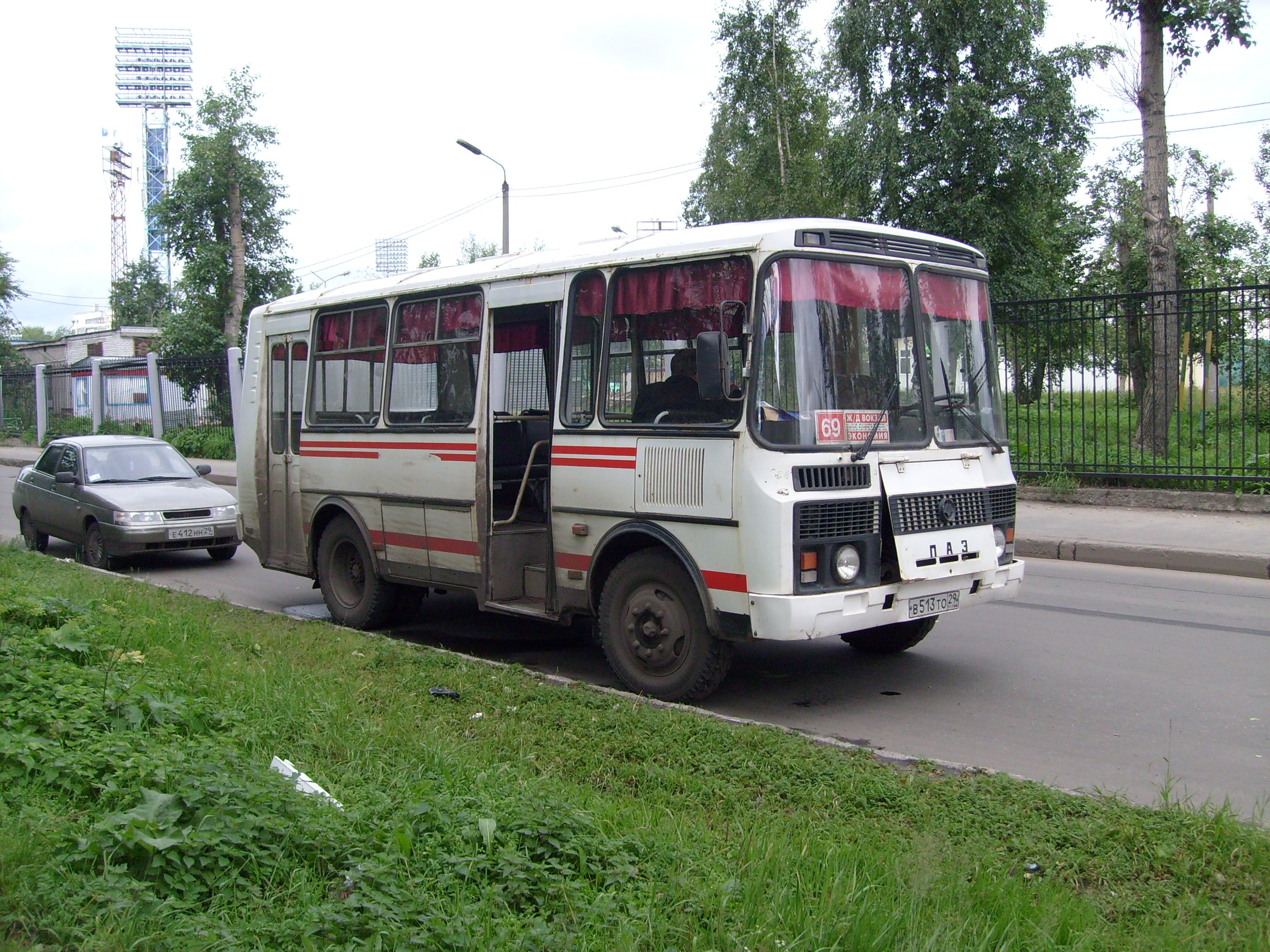 As our train pulled into a small and dilapidated Soviet railway station, Harry and I breathed a sigh of relief. Not a moment too soon, we thought. Twenty-one hours spent on what is surely one of the world’s slowest passenger trains had been both boring and uncomfortable. Despite having whiled away the evening with a bottle of vodka between us, the discomfort of bunk beds and a strong stench of Russian body odour had more than taken their toll. As I helped a babushka with her suitcase onto the platform, an unpleasant mixture of of dust and petrol fumes stung my nostrils. We were in Archangelsk – an isolated port city in the Russian far north.

During our time studying in Moscow, I’d spoken to several Russians visiting Archangelsk. They would grin. Archangelsk is the nastoyashchii sever, the real Russian north. The city was once a poster-child for heavy-industry Soviet production, and its high levels of productivity had meant that people enjoyed a good standard of living. No longer. The only means of public transport nowadays are dust-ridden marshrutki. With their bonnets wedged wide open to stop the ancient engines from overheating, these run-down Soviet-era minibuses have been serving the city since the 1960s.

I gave the bus conductor 30 roubles, (roughly 25p), having neglected that the sign in the bus window said 31. Halfway down the carriage I felt a heavy hand on my shoulder. “31 roubles…” The conductor glared at me with an outstretched palm. I fumbled in my pocket for a coin worth slightly more than two thirds of a penny. In Moscow, checkout assistants at the supermarket would refer to such coins as meloch (a worthless amount), and would usually tell you not to worry if you didn’t have them on you. Not so here in Archangelsk. I slapped a rouble into the conductor’s grubby paw and we took our seats.

After a much-needed shower at the hostel, Harry and I decided to go for an early evening walk. Archangelsk is situated roughly twenty kilometres from the mouth of the river Dvina, and its waterfront looks out onto a stretch of river hundreds of metres wide, flanked by deserted grasslands. We walked along the river’s edge, under a light-pink sky flecked with the dark silhouettes of swallows. Looking out over the river, we would occasionally see Soviet tugboats, their fading red and white paint jobs lending them a dilapidated beauty in an age where they no longer truly belong. Billowing black smoke in their wake, they chugged on and into the twilight. As the cool wind rippled through the marshy reeds and into our faces, I felt a sense of inner calm. We had come to the end of the earth. 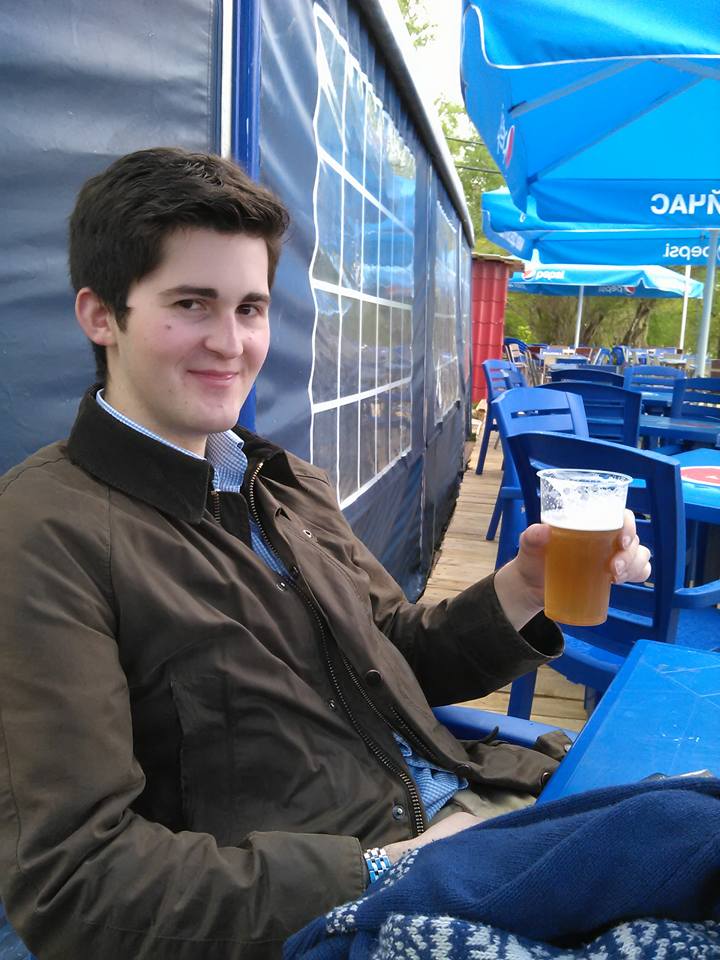 Harry enjoying a pint of northern Russian lager on the promenade.

We sat outside a make-shift café made of tarpaulin, and watched as the sun’s evening glow faded on the river. Far to the north, Archangelsk sunsets linger forever. By 9:30PM, it was still nowhere near dark and hunger was getting the better of us. We yielded to our stomachs and headed to ‘CoffeeRoom’, a diner-style restaurant on the city’s main drag, a wide boulevard of brutalist Soviet apartments. Despite having been billed by our hostess as pricey, we found the tariff most appealing. A mere 700 roubles (£6.50) purchased us two entrées, a main, a dessert, and multiple pints of beer. With our appetites sated and our social inhibitions vanishing fast, we decided to make new acquaintances.

I turned to the girls at the next table and introduced myself. My friend and I were students from the UK, I explained, and we wanted to find out what sights there were to see in Arkhangelsk. The girls giggled, while Harry winced at my lack of subtlety. Then one of the girls piped up. “If you English, show passport” she said defiantly. I looked at Harry, who had hitherto contributed little to the conversation. He handed his over. The girl surveyed the document, gasped, and fell silent. Harry and I felt uncomfortable, and promptly ordered a shot of vodka each to ease the tension. But after a couple of minutes I felt a tap on the shoulder. The girls introduced themselves as Katya and Nastya, and asked if they could join our table.

As we sipped our next round of drinks, we chatted to the girls about Archangelsk. The official population estimate is given at 400,000, but the girls were quick to play down this statistic. “The Russian government inflates the numbers”, they explained. “They want to make it seem as if regions like Archangelsk are more prosperous than they are, but the actual number of people still living here is closer to 200,000. Everyone is leaving…” She smiled sadly. I nodded, and looked out the window. It was approaching midnight and still half-light. A group of Russian parni (lads) were walking past in tank tops, fortifying themselves with several bottles of north Russian vodka. Harry, more of a habitué of the beverage than myself, found himself unable to resist temptation, and ordered a bottle for the table. 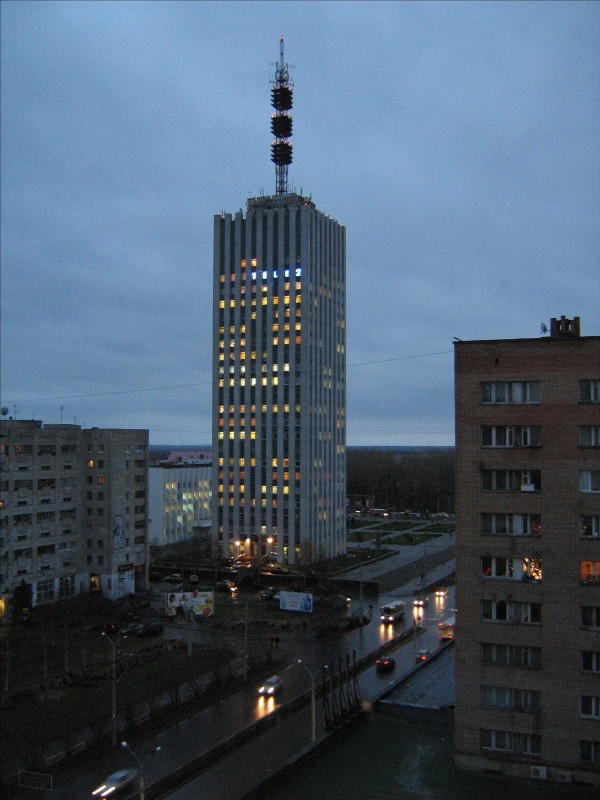 The radio tower on the main drag in Archangelsk.

Three quarters of an hour later and in high spirits, we left the restaurant with the girls, who had decided they would give us a tour of Archangelsk. As we walked along the beach, I felt the cool northern sea air ripple through my hair. While Harry, a little the worse for wear, made some bumbling attempts to court his new Russian companion, I chatted to Katya about her life in the Russian north.

She had been a top student at school, she told me, a zvezdochka. Consistently coming top of her class academically, she had also won the school beauty pageant, a great honour in a country where female beauty frequently counts for more than intelligence or personality. Despite her success at school, she had opted not to go to university, because she couldn’t afford to study in Moscow or St Petersburg, and Archangelsk’s own university was a recipe for unemployment. She worked as an outdoor model, doing lingerie photoshoots in the forests around Archangelsk. The money wasn’t good, but she hoped that her model photos would seduce wealthy parni in the region, and allow her to find a husband by the age of twenty-one. “A woman should not marry later”, she declared confidently. “She must raise children, and her husband must support the family with income.”

I shook my head. Being married at twenty-one was more than I could fathom. From behind, there came a loud splash. To my surprise, it wasn’t Harry. His new-found friend had taken off all her clothes and dived head-first into the river. “Get out!” shouted Katya. “You know that swimming is banned here, the water is heavily polluted with many toxic chemicals!” The girl waded back to the beach with a careless grin. “You guys are such wusses!” she giggled. “The water’s warm, strip down and get in!” I stared at the thick black water lapping on the shore and decided I’d pass on a midnight dip. 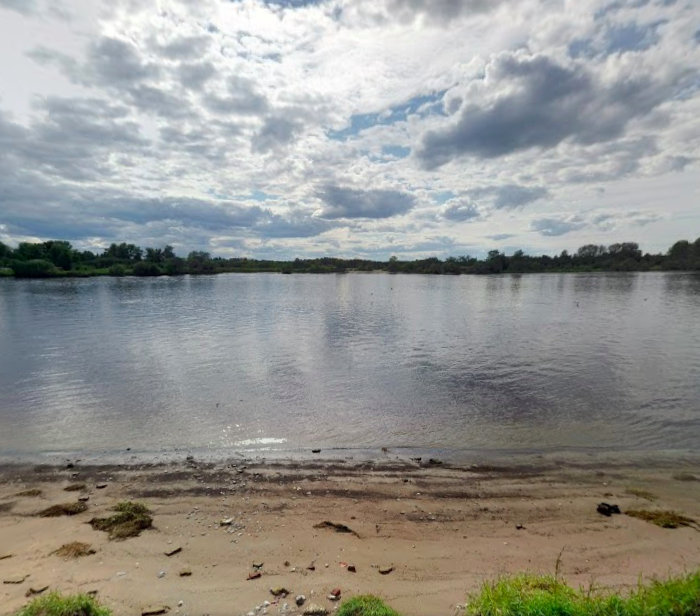 View from the beach looking out across the river.

We walked up the beach and back onto the promenade. In front of us stood a memorial flame to the Archangelsk soldiers who perished in the Second World War. “To our beloved men – 1941–1945” read the plaque below.

I looked at Katya. “Was life better in the Soviet Union or is it better now?” I asked. “I don’t know…” She looked away. “I like what Putin’s done in Ukraine. Everyone knows Ukraine is part of Russian culture, and bringing it under Russian control is the right thing to do. But I look around this place and what’s happening is awful. People never used to be poor in Archangelsk. But now our region has no money. Buildings are falling down, hospitals are closing, and education doesn’t get you anywhere anymore.” There was a tremor in her voice. I looked down at the ground. A middle-class male from Auckland, New Zealand, I could never dream of having to marry at twenty-one to escape the straitjacket of systemic poverty.

People in Moscow or St Petersburg will tell you that life is good in Russia. They will say that Russia has inexhaustible supplies of oil, gas and coal, which will allow its economy to last another thousand years. True enough, standards of living in Moscow and St Petersburg are high, and their populations continue to grow. Despite the many economic challenges that Russia has recently faced, these cities have weathered the storm reasonably well. But other parts of the country haven’t been so lucky…

Our memories of Archangelsk linger. Despite the all-pervading pollution, its river and embankment park were beautiful, and the city had an undeniable isolated charm. The people were friendly and extremely kind. But the struggle of daily of life in Archangelsk was inescapable. You have only to venture a little off the beaten track in Russia to see that decades of corruption and policy mismanagement are slowly but surely bringing the country to its knees.