Skiing in a pandemic

As the Covid-19 pandemic persists, the traditional ski holiday will, for most skiers, have to be put on hold this Christmas. While ski resorts across the European Alps were preparing to re-open for the ski season, governments across the continent have decided the risk of new Covid outbreaks is too high.

It wasn’t too long ago, in March this year, when the pandemic demonstrated how quickly it can spread in a ski resort. The Austrian town Ischgl was the epicentre of a mass outbreak of the virus. And while there were no specific health and safety restrictions in place at the ski resort to halt the outbreak, it showed how quickly the virus can spread within the normal framework of a functioning ski facility. European countries have since been cautious in planning this year’s skiing season. 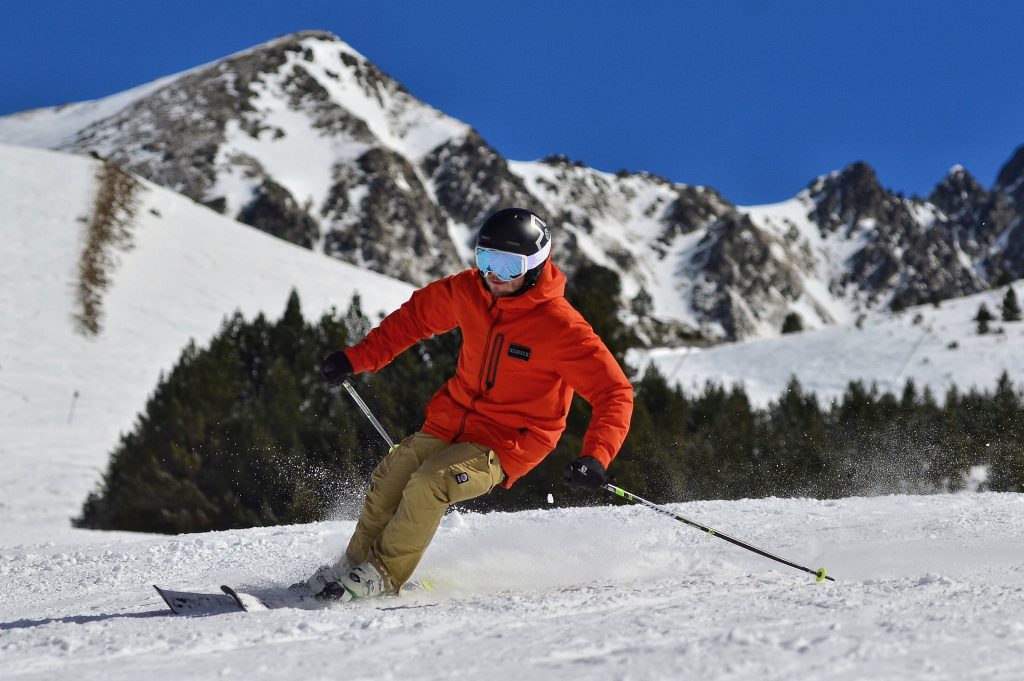 Image by Fede Roveda via Pexels.

The French president Macron was the first to decide that French ski resorts will remain closed until January. While the resort towns themselves will still be accessible for visitors to enjoy, the ski lifts, along with restaurants and bars will remain closed until further notice. France is perhaps the most popular ski destination for British holiday-goers and thus the news of it remaining shut this Christmas season has undoubtedly changed many a holiday plan.

Since President Macron’s announcement, Italy too has decided that in order to contain the pandemic, ski resorts ought to stay closed until January 10th. Italy has recently reported some of the highest numbers of Covid cases since spring, and so the wish to implement a unified ban on the re-opening of ski facilities comes as no surprise.

The German Chancellor Angela Merkel has also decided German ski resorts should stay shut during the Christmas season. Taking the matter a step further, Merkel has urged the European Union to consider a Europe-wide closure of all ski resorts. The push comes after concerns that allowing some resorts to open but forcing others to remain closed will incentivise skiers to travel further across Europe, consequently increasing the risk of spreading the virus. Although a reasonable step in curbing the spread of the virus, Merkel has acknowledged that the EU-wide ban will most likely prove challenging to realise, primarily because of countries such as Austria, whose economies rely heavily on the winter holiday season.

As a country whose ski industry contributes 4% of its GDP, a complete closure of Austria’s vital tourism industry would be economic suicide. According to The Financial Times, the Austrian tourism minister has stated that the ski resorts will open under strict social distancing and safety restrictions. However, anyone who’s ever been on a ski lift can confirm that this is easier said than done. Social distancing measures will most likely increase the time spent in line waiting for a lift, thus affecting the time one can actually spend skiing.

An example of skiing under social distancing and health guidelines already comes from Switzerland, where ski resorts have already started to re-open, and will continue to do so in the following weeks. 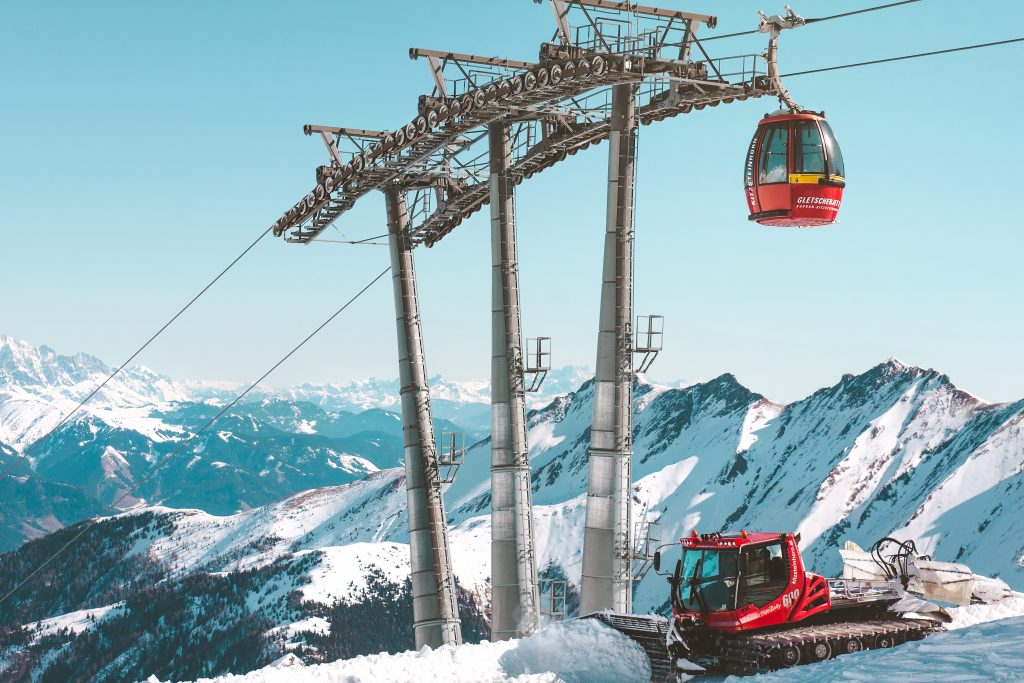 Image by Daniel Frank via Pexels.

While we cannot expect Austria or Switzerland to back down in their plans to re-open ski resorts, we should expect to see increased tensions between Europe’s proponents and opponents of the EU-wide Christmas skiing ban. Regardless of whether the ban is implemented or not, it remains clear that the majority of skiers from across Europe and the UK shouldn’t expect a reprisal of previous Christmas skiing seasons.

In previous years the number of British skiers who went on a skiing holiday was substantial. LHM Marketing consumer polls suggest over 1.5 million Brits go on at least one skiing holiday every season. And while this includes ski trips to destinations such as the Scottish Highlands, the majority of the Alps closing their resorts this Christmas will leave many a British skier without an opportunity to enjoy their holiday sport.

Thus, the skiing prospects for Brits who take their skiing holidays in the Alps seem rather bleak. With Europe-wide travel restrictions persisting, and countries such as France, Germany and Italy already announcing that ski resorts won’t open until January, the chances of British holiday-goers visiting the Alps this Christmas are virtually non-existent. However, there exists a glimmer of hope: Scotland. As it stands, resorts in the Scottish Highlands are preparing to re-open this Christmas – snow permitting of course. Once lockdown ends at the beginning of December, the local travel restrictions might be the only thing stopping skiers from visiting the Scottish slopes. The ski resorts north of the Scottish border, however, remain hopeful that Covid restrictions might ease as we approach Christmas. 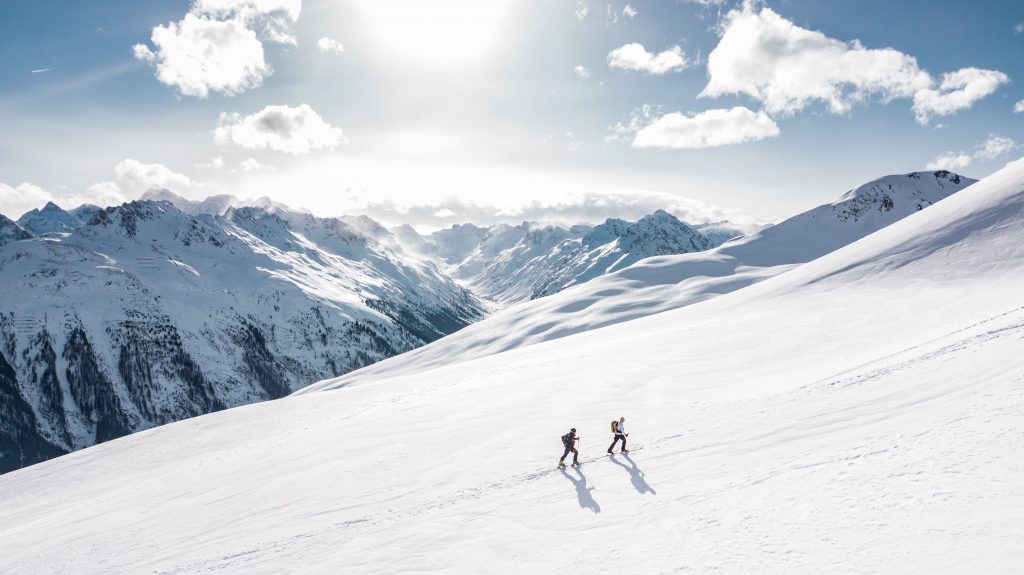 Ski touring presents an amazing alternative to skiing when ski lifts are closed or inaccessible. Image by Flo Maderebner via Pexels.

As with everything else, skiing too has been affected by the pandemic. This season, however, might turn out to still offer possibilities for skiing. Enthusiasts of the sport should look at Scotland, and weather-permitting, perhaps even the Lake District and other English ski resorts. Maybe, however, the pandemic is trying to tell us something else: that it’s high time we forgot the ski lift, and started ski touring instead!

Featured image by Pixabay via Pexels.