Paws for Thought in Asia 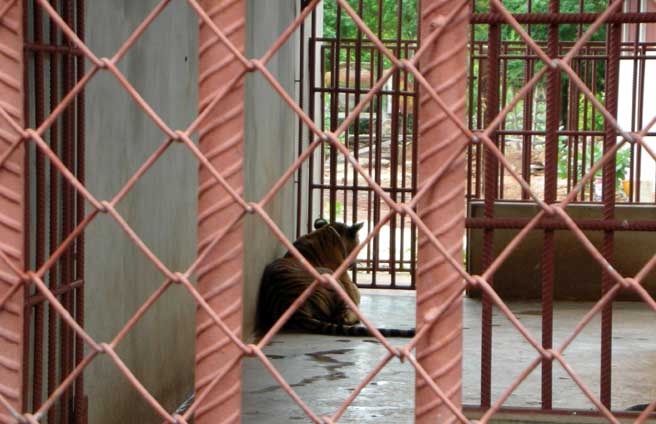 Tiger in Captivity, Care for the Wild.

It goes without saying that Asia is a popular destination among backpackers. It’s cheap but culturally rich, with breathtaking landscapes and welcoming people. Many of the typical tourist activities Asia has to offer include interactions with exotic animals, be it elephant rides, visiting tiger ‘temples’, or posing for a photo with a monkey strung round your neck.

On the surface, these interactions seem fairly harmless. You may even be misled into believing that the handlers are working towards protecting endangered species. However, in-depth investigations conducted by animal welfare organisations and undercover veterinarians have revealed that in an alarming amount of instances, this is not the case. Far from it.

My sister recently volunteered at The Wildlife Friends’ Foundation Thailand (WFFT) for a period of two weeks. During her induction she was shown multiple videos of the inhumane methods used by some animal-handlers. What shocked her most was footage demonstrating how to ‘break an elephant’s spirit’ (https://www.youtube.com/watch?v=SVckvi_gWVo). The video bears witness to the extreme level of induced fear and deprivation it takes to produce a submissive elephant… 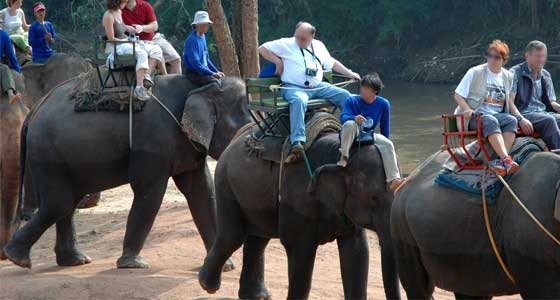 Elephant rides in Thailand, Care for the Wild.

First of all, the calf usually has to be captured in the wild as breeding elephants in captivity is near impossible. Like humans, elephants can be choosy when it comes to picking a mate. Plus female elephants have been known to fatally harm their male counterparts when kept in close quarters.

But capturing a wild elephant is never simple or painless. Separating the offspring from the herd can often involve slaughtering its mother as she will do anything to protect her baby. The young calf is then shackled in chains and kept within a wooden frame limiting bodily movement to the bare minimum. There they are left for days on end to be repeatedly struck with a bull-hook, an instrument resembling a scythe, in order to engender a fear response. After a time, the elephant’s new master, known as the mahout, comes to release the broken creature and thereby gains its loyalty.

On elephant rides, the mahout will typically sit above the elephant’s head (see image) holding an innocuous-looking stick to threaten the elephant with the impending agony they have come to associate with the bull-hook.

If this wasn’t bad enough, the elephant’s long-term health is jeopardised by the unnatural routine it is subject to. Despite its size, the Asian elephant’s spine is not made for supporting all that additional weight. In fact, two out of the six elephants at the WFFT sanctuary when Emily was there had irreversible back and leg problems. Unlike horses, the anatomy of an elephant is not a result of selective breeding to produce a weight-bearing specimen. 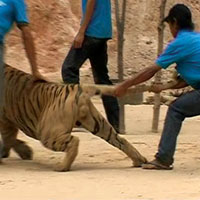 Improper handling of a temple tiger, Care for the Wild.

Another majestic, wild animal which is often exploited within the Asian tourism industry is the tiger. Travellers flock to so-called Tiger Temples where you can even pay an extra sum to have a photo taken up close and personal with a big cat. It shouldn’t come as a surprise that this unnatural docility in this predatory animal has been achieved thanks to carefully administered cruelty. Tigers are often sedated with powerful drugs, their claws and canine teeth are removed, and sometimes tendons in their wrists are snapped to prevent them from swiping. What’s more, their necks are chained low to the ground so that they cannot stand to stretch properly. They must endure this mind-numbing, sedentary existence without respite. In the wild, tigers habitually roam tens of miles a day.

According to the animal charity Care for the Wild, the success of Tiger Temples rests on the claim that the tigers were rescued from poachers and live a better life among the temple’s monks. However, an undercover investigation carried out by the charity from 2005 to ‘08 found that the temples have become so successful that they now operate as breeding facilities and may even be involved in the illegal tiger trade.

The investigation report went on to say that the tigers were confined in small cages with virtually no enrichment for 20 hours a day. In order to get them into photogenic positions, they were physically abused by handlers and routinely squirted in the face with tiger urine, an act of extreme aggression in tiger behaviour.

As well as displaying a host of physical ailments such as skeletal deformities, it became evident to the investigators that the tigers were suffering from psychological disorders. There are numerous reports of visitors being fatally harmed by ‘trained’ tigers that have turned on them during photo sessions. 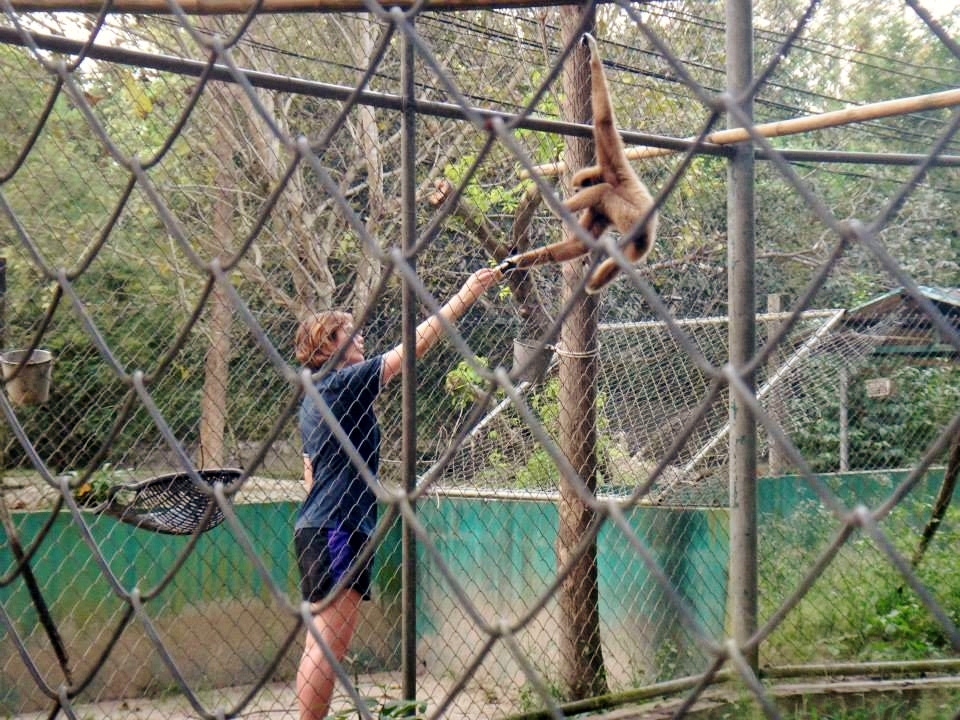 Fortunately, several leading tour operators including STA Travel have taken the Tiger Temple attraction off of their programmes in response to this report. But many individual travellers remain unaware of the atrocities that go on behind the scenes.

So what can YOU do? If you plan on visiting a country where animals are used for entertaining tourists and aren’t 100% sure that they are treated fairly, a boycott is the simple answer. If your travel agent tries to sell you one of these activities, tell them about the reports. Tell your friends and family if they are visiting Thailand, and share this article.

Of course, you can always show your love and appreciation for animals in a positive, informed way. You can take part in one of the many volunteer projects like my sister did. Because looking after an animal in rehab must be more fulfilling than taking a selfie next to its defeated face.

For further advice on how to stay animal-friendly on your travels, you can visit Care for the Wild’s campaign website (http://www.right-tourism.org/).