Out of the Bubble (Part Three) 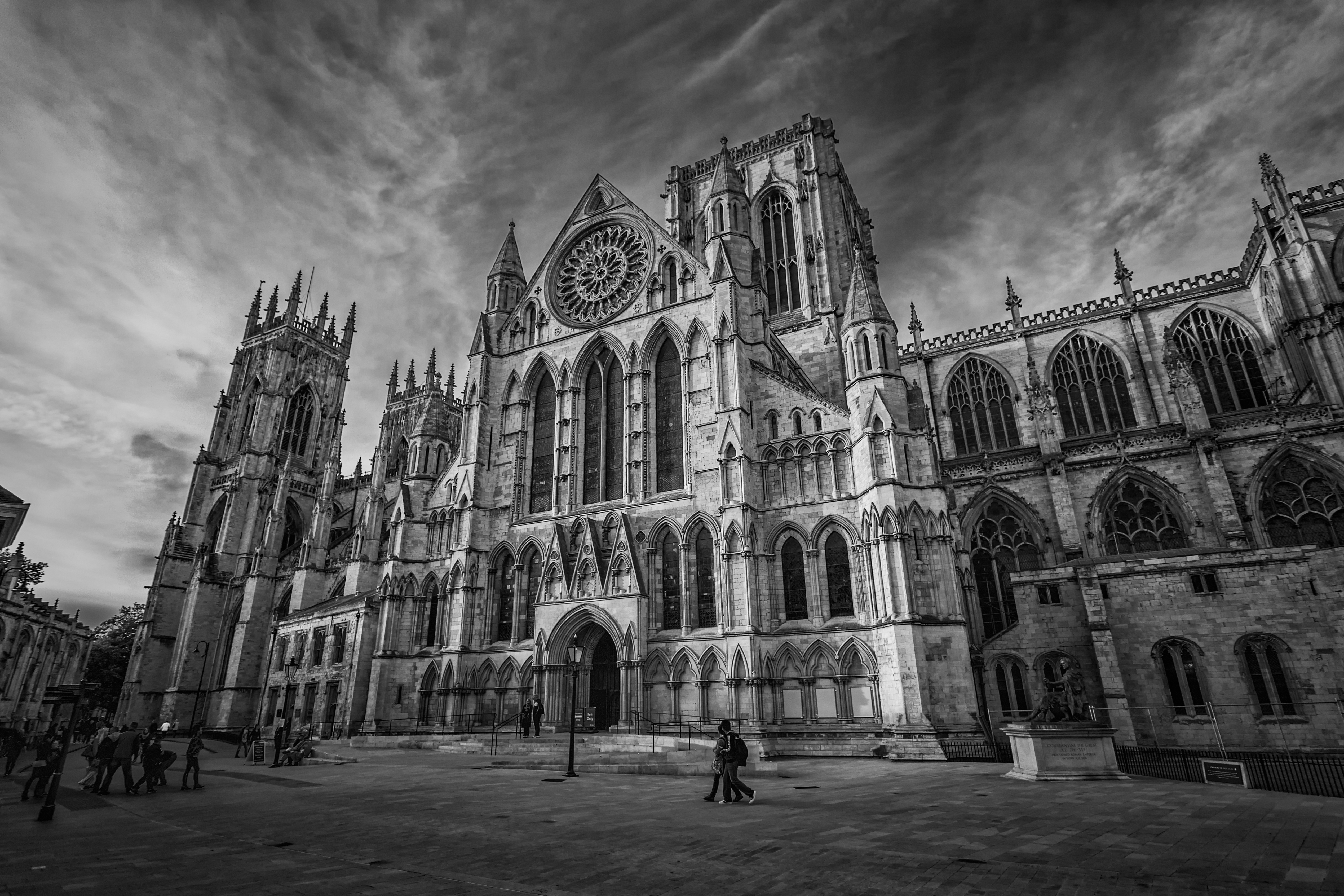 Parts and of our ‘Out of the Bubble’ series took us on a journey through the North East’s major cities, coastal gems, and natural treasures; but, as the end of exams slowly creeps up on us, there is further still to travel. Read on for yet more ideas of how to escape from Durham life, celebrating your new-found freedom and exploring the exciting mixture of urban centres and quaint market towns that this area has to offer.

The walled city of York has always been a site of historic importance, from its foundation by the Romans in 71AD to its time as a bustling Viking river port and its modern role in the rise of the railways. This rich past is still evident in its winding cobbled streets and open market squares, making a day out in the city the perfect opportunity to wander back in time and delve into its secret corners.

No visit to York can begin without a walk around its ancient walls. With an entrance conveniently situated opposite the train station, this has to be the best way to orientate yourself and view the city from all of its angles, from the Roman centre to modern developments outside.

However, perhaps the most famous attraction in the city is its imposing Minster which dominates this skyline in all directions. The largest gothic cathedral in northern Europe, a religious building has sat on the site since 627AD and nowadays it opens up its nave, underground chambers, and even towers to the sightseeing public. Don’t miss the interactive below-ground tour, or the stunning views from above. However, if the entry price is a little off putting then you may just wish to admire from outside, leaving the gazing for a climb up to Clifford’s Tower instead. This remnant of York Castle, constructed by William the Conqueror, lies up high on a mound and offers panoramic views which are all the better for including the Minster itself.

It would also be a crime to skip York’s award-winning museums, including the National Railway Museum and the exciting Jorvik Viking Centre. The former’s free collection promises 300 years of history, including the train which broke the world speed record and a replica of Stephenson’s Rocket, whilst the latter presents an authentic experience of the sights (and smells!) of Viking life.

So what are you waiting for? Hop on a train for a day out which spans millennia, not just miles. Emma Sankey 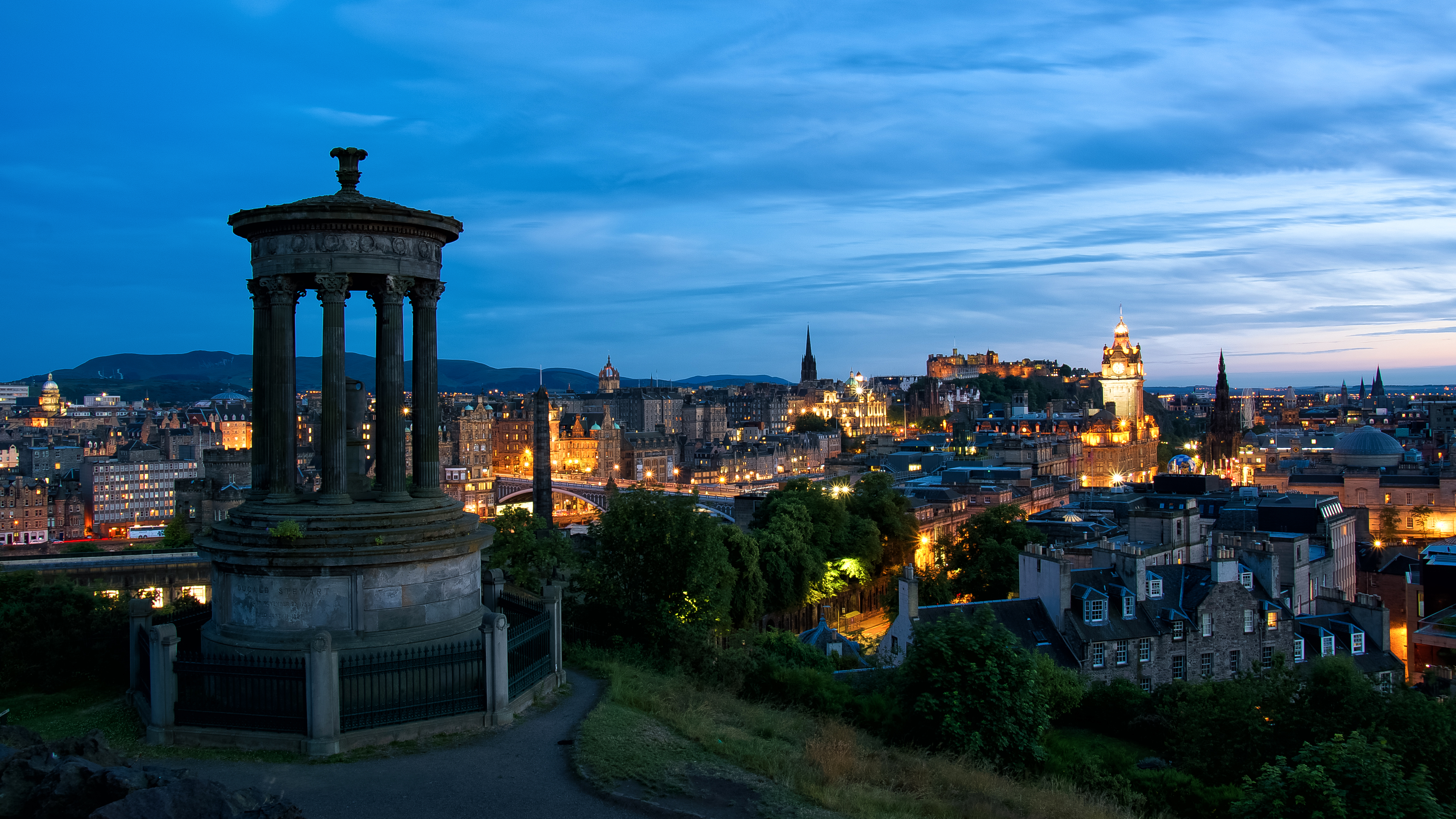 A view over Edinburgh from Calton Hill.

We are very lucky to live in Durham as students, not just because of the individual charm that our World Heritage city possesses, but also because we are situated on a direct train line to some of the best capital cities in Britain. One of these is Edinburgh, which I urge you to visit.

Firstly, Edinburgh is just gorgeous. The city boasts some of the finest neo-classical and Georgian architecture in Britain (sorry not sorry Bath.) It is not unusual to find yourself walking along narrow cobbled streets, built above other streets, giving the relatively low Edinburgh skyline a highly unique layered effect. If you want to take in the whole city (it’s very large!) I would recommend climbing Calton Hill at the end of Princes Street, or if you are feeling more athletic, braving Arthur’s Seat. From these spots you can appreciate the city in its entirety, taking in everything from the Castle to Leith on the coast.

Secondly, Edinburgh is a fantastic place to visit for a post-exams blow out. When Klute has finally lost its appeal again by early June, consider George Street in Edinburgh instead. With three of the city’s biggest clubs: Opal Lounge, Why Not and Shanghai, numerous cocktail bars and Wetherspoons, you could happily spend the entire night in this part of Edinburgh and have a brilliant time. If you are feeling a little less flushed, Hive nightclub is a great alternative and popular with students.

Lastly, Edinburgh is not short of cultural experiences. The National Museum of Scotland’s permanent exhibitions are always worth a visit as well as the Scottish National Gallery’s; also, both do not charge an admission fee. The city is full of culinary delights: a curry at Omar Khayyam near Haymarket is a personal favourite, but if you are looking for a more traditional Scottish fare then pop into any takeaway café for a “chip supper” with pizza, deep fried hamburger, haggis balls, whatever you decide! Washed down with a can of Irn Bru of course.

I cannot do Edinburgh justice in this short article, but hope that you will make the two-hour (ish) train journey when you next have spare time and see for yourself how special the city is, and how fortunate we are to be so close to it. Lydia Light 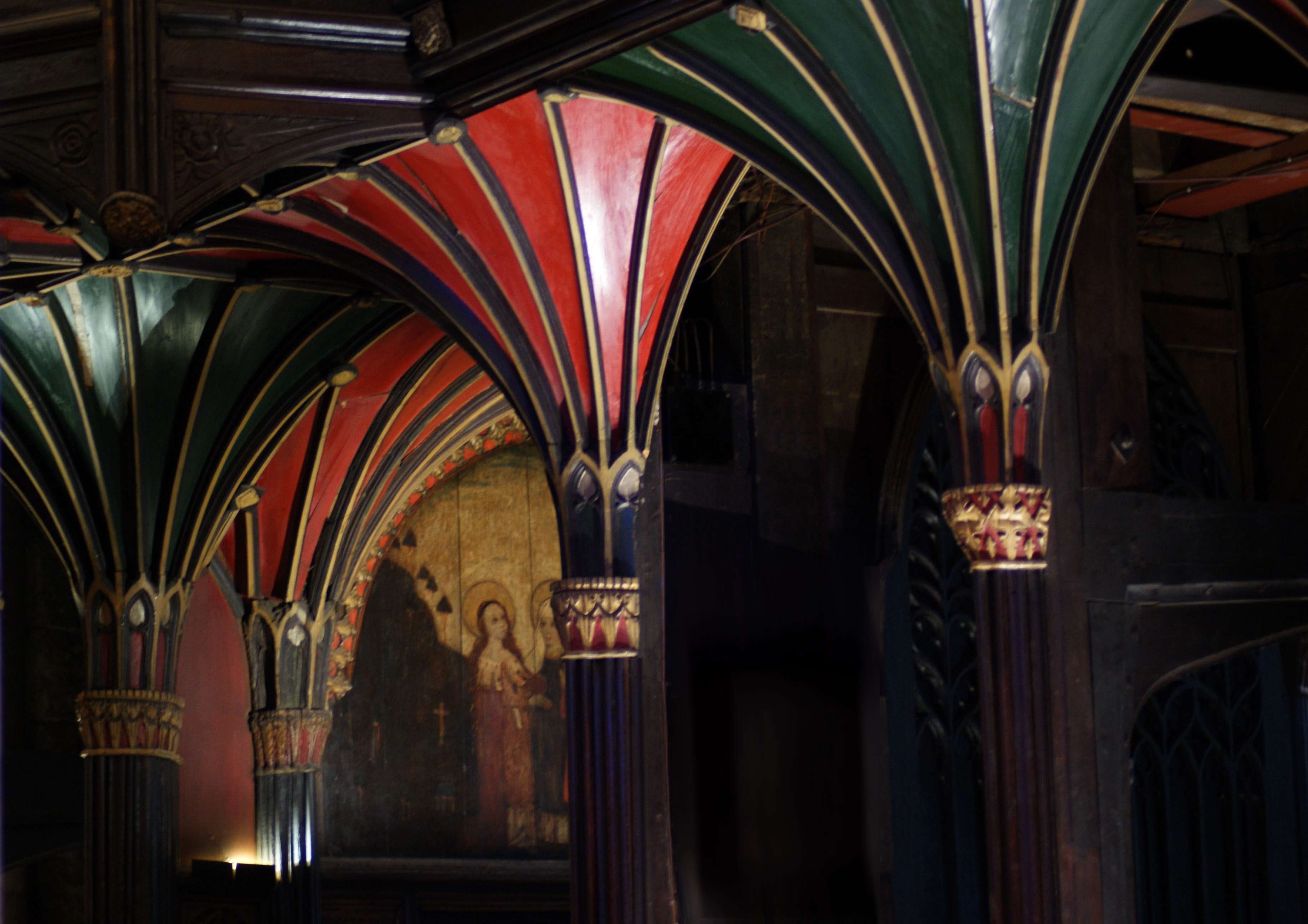 The interior of Hexham’s historic Abbey.

Hexham is a town I’ve known of since childhood, thanks to its presence in a postcard book of British railways (I was, and to a significant extent still am, quite a train geek). However, only on moving to the northeast did I realise it might actually be worth visiting, and even then it took till September of my eighth year as a student at Durham.

Hexham is reached from Durham via the scenic Tyne Valley Line: you just get the train up to Newcastle and change, the whole journey is only an hour or so. The line runs across the north from Newcastle to Carlisle, passing through various historic towns such as Blaydon, Corbridge, and Hexham itself (also the less historic MetroCentre). It follows the Tyne, as the name suggests, often running pretty much next to it, and has very pleasant views of surrounding countryside.

On arriving at Hexham itself, you’d be forgiven for thinking you were in Durham again: the town centre is on a steep hill, and features a large church. (Although Hexham has a large Waitrose next to the station, whereas Durham’s Waitrose was tragically closed in August 2008, to be replaced eventually by Wilkinson’s, which I don’t feel was an equitable trade-off.) If you master the hill, you reach the small but pretty town centre, with the Abbey facing the Moot Hall across the market square, and the Old Gaol behind the Moot Hall. The Abbey and the Old Gaol are the key attractions: the Abbey dates to the twelfth and thirteenth centuries, and still retains its Saxon crypt, while the Old Gaol, one of England’s first purpose-built prisons, was built in the fourteenth century. It contains a museum, where you can learn about the prisoners’ lives, as well as general border history. You can also dress up in some replica historical costumes, which of course is the main purpose of visiting. Both the Abbey and the Gaol are attractive, intriguing historical buildings and very much deserve a visit.

Beyond this, if you go on a market day, you may be able to purchase the Northumbrian speciality of grey squirrel (I refrained because I don’t have an oven, or the first idea how one would go about cooking a squirrel) – or at least something interesting or tasty. The town in general is worth exploring: there’s a charming little cinema, a park, a fantastic independent bookshop which does book consultations, and various cafes (we went to the Shire Gate Café, which apart from the bathroom being up a staircase that wouldn’t be out of place at Hogwarts, was a quaintly traditional English café). So, to round up, Hexham may be small and often forgotten/ignored by visitors to the northeast, but is certainly worth an afternoon! Thom Addinall-Biddulph