The view of Popocatepetl from the highway.

The city of Oaxaca is known by most to be one of beauty. All the Mexicans, all of them, turn dreamy-eyed and reply with ‘ahhhh Oaxaca’ at the very mention of it. And it does actually turn out that their reverence was not counterfeit, because the place did not disappoint.

Known for its architecture, food, zócalo (market), cathedral, art, chocolate, coffee shops, and mescal, this artsy highland city is a must for any traveller. Six hours on a coach from the capital, past Popocatépetl volcano and through the mountains, makes it easy and inexpensive to get to. And the best bit, when you go, is that the famous Mexican hospitality will reveal itself to you in all its magnificent glory. Unfortunately for me though, the unpredictable Mexican weather introduced itself to me too.

The continuous rain lasted for most of my stay there, and kept me quarantined to my room or the immediate vicinity of the town. But with kinder weather, there are plenty of adventurous things to do if you ever somehow get tired of wandering the cobbled and colourful streets, drinking coffee in front of the cathedral or sampling the delicious cuisine (including grasshoppers, or ‘chapulines’!). Just a couple of hours away are the petrified waterfalls that treat tourists to their very own natural infinity pool at the top – a theatre for spectacular views across the mountainous desert wilderness. A little further afield are the mountains of Cuajimoloyas, home to even more friendly people, plenty of excellent hikes and a death-defying zip line back into the valley. 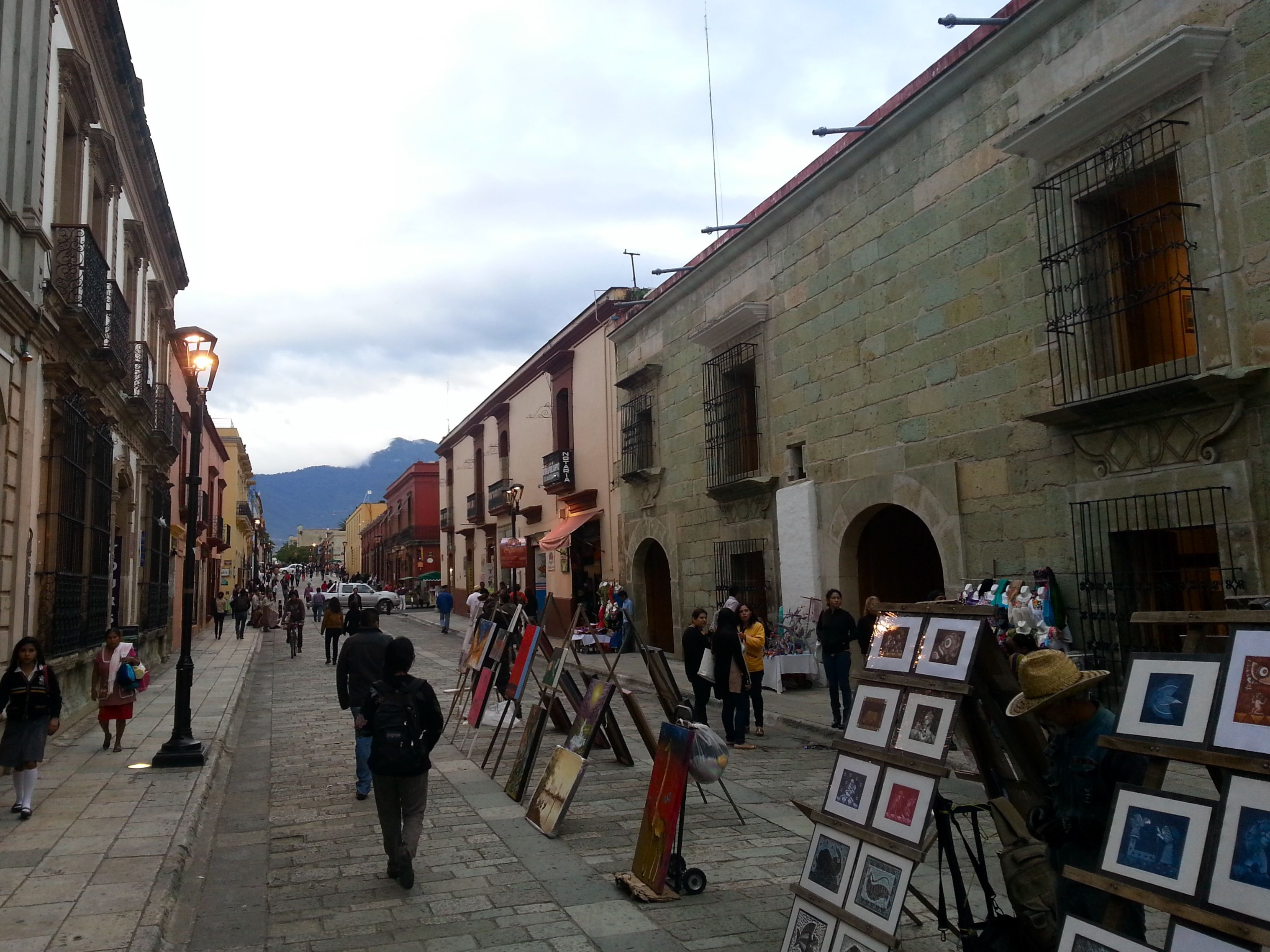 An art gallery on the main street of Oaxaca.

The best time to visit Oaxaca City would be at the end of October, during the globally famous festival, ‘Dia de los Muertes’ (Day of the dead). It is of course celebrated across Mexico, but common knowledge dictates that Oaxaca does it best, with lots of drinking, dancing and cemetery parties. I regret to inform you that I was not lucky enough to see this, but even when I was there, parades were always moving loudly through the streets to mariachi music. Fireworks were also fanatically being let loose at all hours of the day and night. And I mean night. 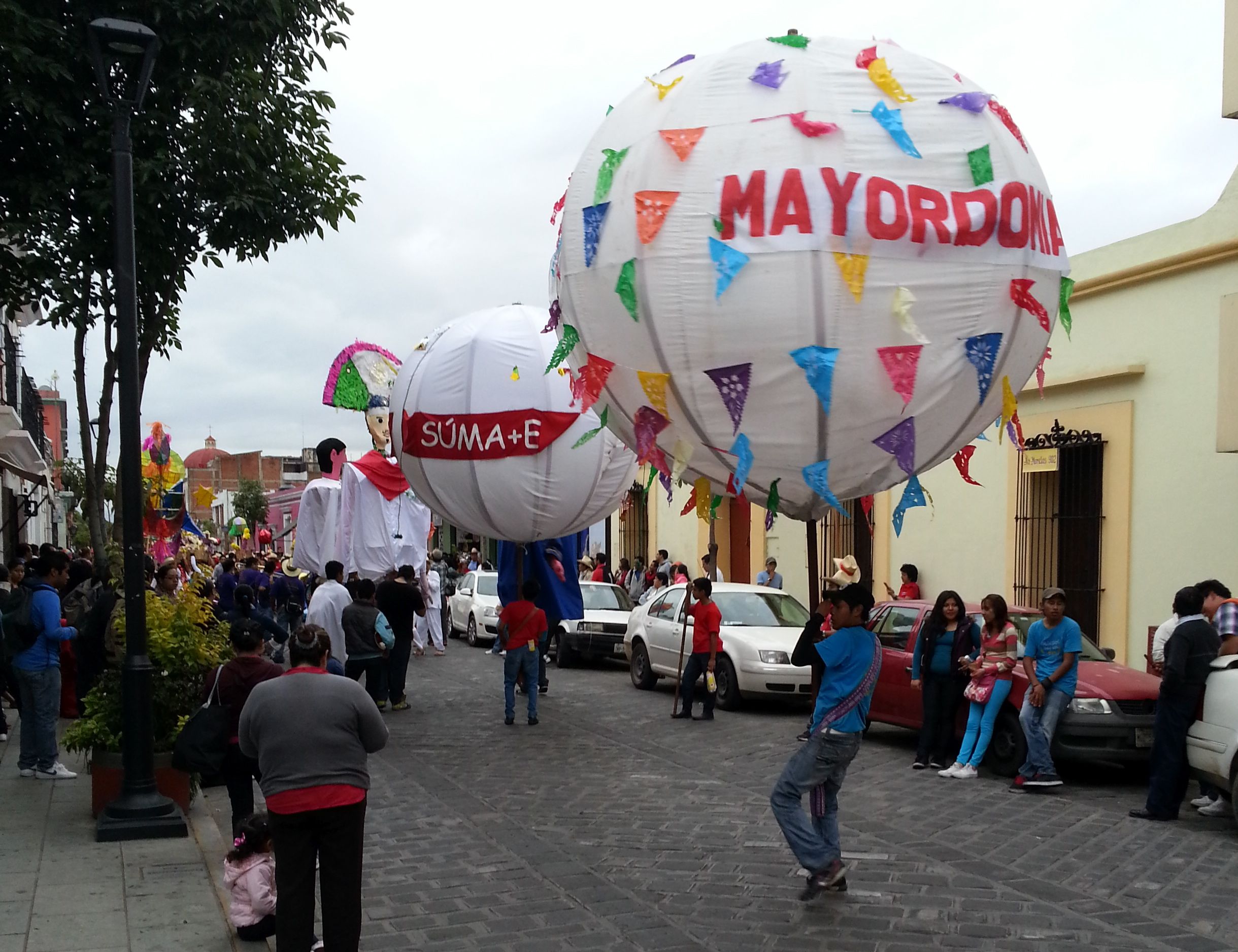 One of the many parades that make their way through the city.

I was lucky in another sense though, as the purpose of this diversion to Oaxaca was to visit my girlfriend, who was on her own Mexican adventure: teaching youngsters and living with a host Mexican mother, called Maria (of course). It was as a result of this that I gleaned first-hand experience of the famed Mexican hospitality.

Maria welcomed me into the family house and community almost as though I was a potential son-in-law of her own. She drove us to a local buffet in her fantastic old Volkswagen Beatle (a curiously common car in Mexico), where we were treated to one of the best meals of my life in a place that was devoid of other tourists. So so good.

And at the end of my three days there, Señorita Maria made sure that my onward journey would be a safe one. Even now she enquires as to my wellbeing. 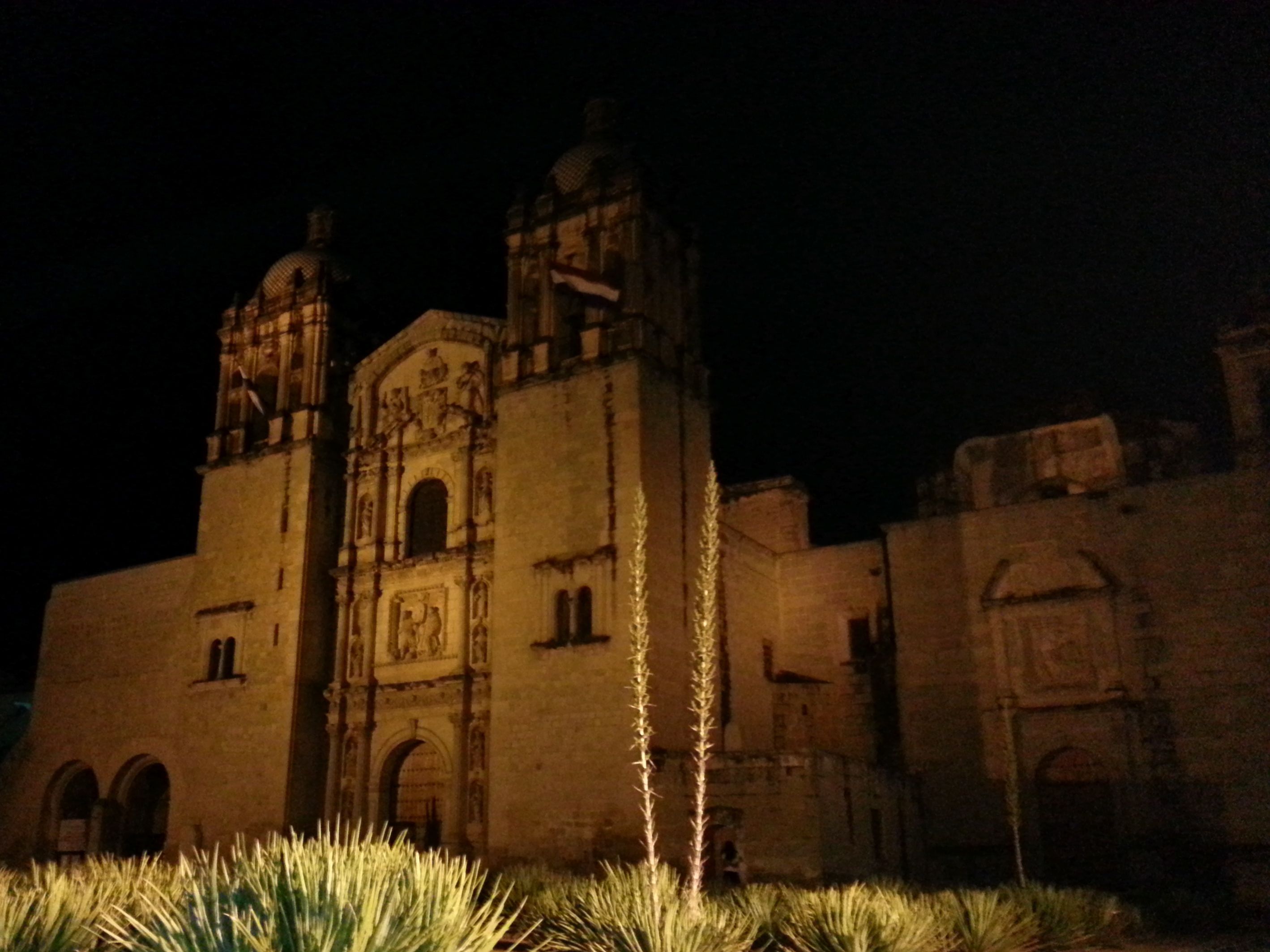 With Oaxaca now under my belt (along with lots of coffee and chocolate), I caught the same coach back to Mexico City to catch a plane over to the Peninsula, Yucatan Province and Mérida to be more precise. It was during this journey that I had my only negative experience in Mexico, and it was mainly my fault. Now I know I mentioned previously that I had precisely zero negative experiences in Mexico. Well, I’m gonna say that this one doesn’t count because it was indeed my own doing and I was never in danger. It was more annoying than negative. This is what happened…

I arrived back into the capital at peak tourist danger hour – around 5am. On my way to the taxi rank, in a state of confusion and delusion that is only natural after an over-night bus journey, I was cornered by a rogue driver looking for business. To cut a long story short, I ended up getting fleeced for the short drive to the airport – it actually cost me more than the hour-long drive across the city a few days prior. My annoyance at the end of it was short-lived however, mainly because I was alive, with all my limbs in place, my possessions in my hands, and having only been fleeced by Mexican peso standards (probably only about ten quid). The view of the Peninsula coast from above.

If I was a true adventurer though, I wouldn’t have been aiming for the airport at all. The autobus system in Mexico is surprisingly excellent, providing comfortable long distance journeys at low prices. I was originally going to catch two buses from Oaxaca to Mérida, with a stop in Villahermosa in between. The journey would admittedly have been timed at an impressive 24 hours, but would also have been less expensive than flying.

Unfortunately though, I allowed the unpleasant stories that are banded about get the better of me and so saw the flight as a safer option, much to the relief of marvellous Maria actually. Frankly, I had noticed the bus would be passing through the province of Veracruz, one that is infamous for its violence, and I’m ashamed to say this put me off.

Still, it meant that I would arrive into Mérida a lot fresher and ready for my volunteer placement, with a promise of a pick-up from the airport. And it was spectacular flying over the Gulf of Mexico and peninsular coast – especially over Celestún, where the contrast between the blue of the Gulf and the green of the jungle was at its greatest.