Land of Lakes and Volcanoes 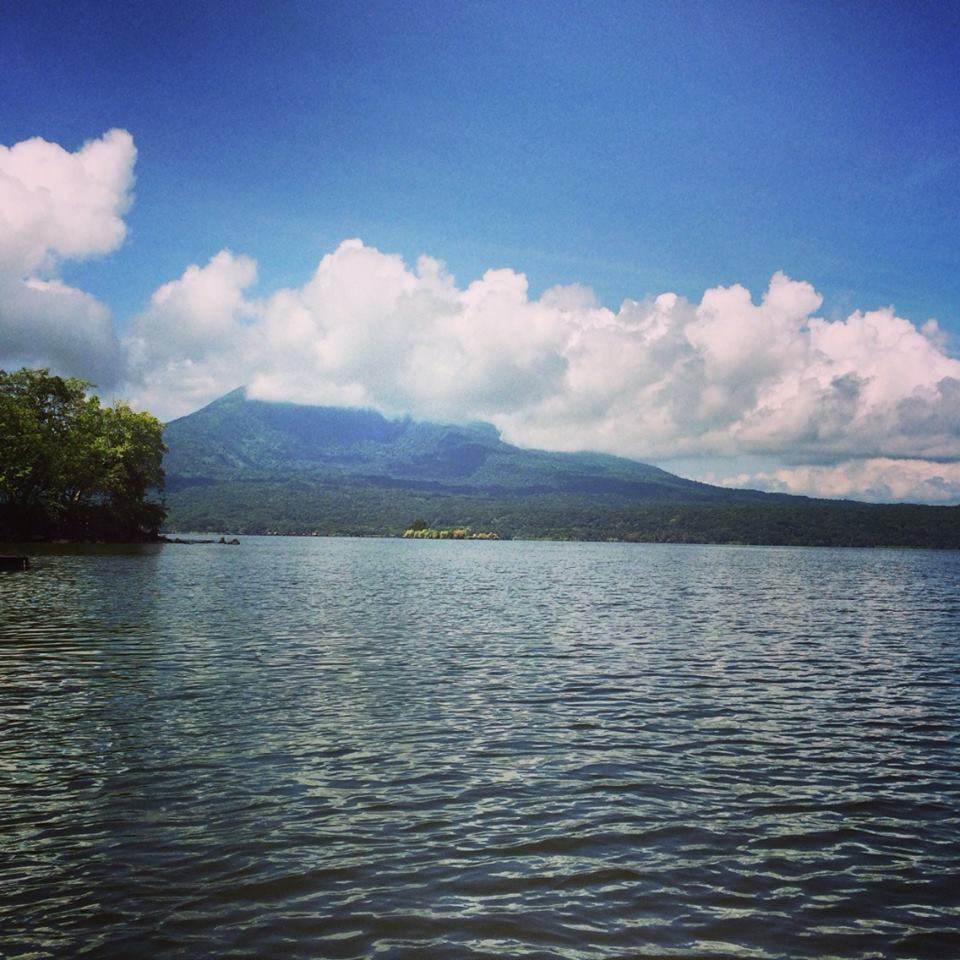 Mombacho volcano, from the front deck at Jicaro

I arrived in the middle of the night: customs had been a tangle of confusing Spanish, and the headlights of the minicab revealed only fleeting glimpses of people in the barrios, strolling casually across the pitch-black roads despite the traffic. Hurtling across the near-total darkness of Lake Nicaragua in a speedboat, I was still unsure of exactly what kind of place I had arrived in.

Jet lag roused me in the small hours of the morning, but once the sun had risen I was afforded my first real glimpse of Nicaragua. The lake, which had been simply an endless black canvas the night before, was now a sparkling blue-green tapestry framed by lush, emerald-green rainforest. A marvellous volcano loomed in the distance, its fluffy white mushroom cloud hanging vividly within the rich, blue sky. From my own veranda I could see waterfowl, fishes, and little tortoises going about their business in the shallows below. Even in the darkness I had been impressed by my lodgings, but now I could really marvel: I had arrived at an island paradise. The buildings of Jicaro ecolodge are immersed, almost organically, within the island’s vibrant fauna. This would be my home for the next month. 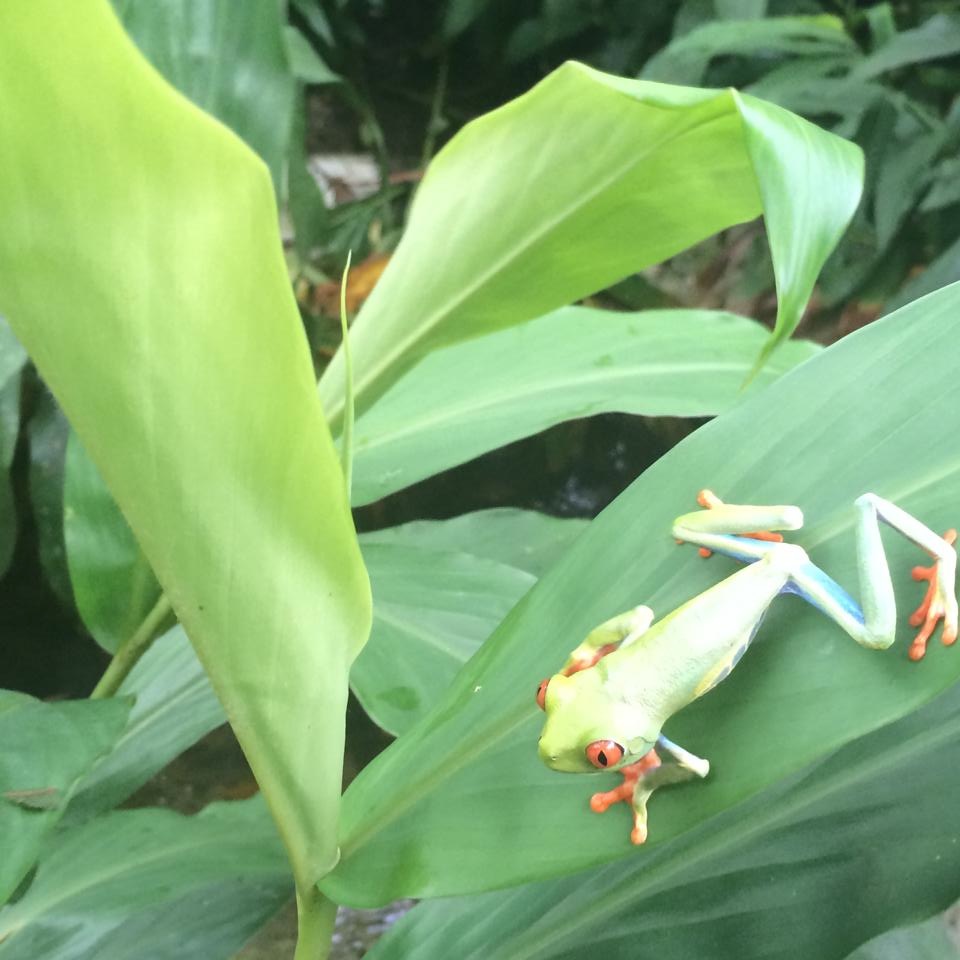 Gorge Carcáche, the sustainability manager at Jicaro Island Ecolodge, is dedicated to the good work which he does; with pride he showed me Jicaro’s community work, including the sustainable family farm under the command of the brilliantly matriarchal Doña Maria, and the local school where Jicaro are working to build a water filtration system and other facilities for the local kids. Later, in kayaks we explored some of the neighbouring islets. Without a motor, the only sounds were the breeze, the birds, and some local fishermen casting their nets. Most islets were occupied by just one family. In their shallows, women washed clothes and babies, while the older children paddled home from school in their tiny individual boats.

“Nicaragua is one of the poorest countries, but in natural beauty we are very rich”: the musings of one Nica seem to ring true with many who were eager for me to see as much of Nicaragua as possible. I was invited on a hike by my friend Marlon. First I had to pass a test: riding a “chicken bus”, effectively a giant chicken coop on wheels, out to meet him. As soon as I got on the bus I panicked, realising that there was no way of telling which stop was which. However, with the help of some friendly Nicas I found my way to Marlon’s hometown of Diriomo, and we hiked down through the rainforest to the warm water of Laguna de Apoyo, a saltwater lake just a few miles from the volcanic freshwater of Lake Nicaragua. From the cliffs above you can see both the bodies of water: they appear to be twins, but in fact they are unrelated. 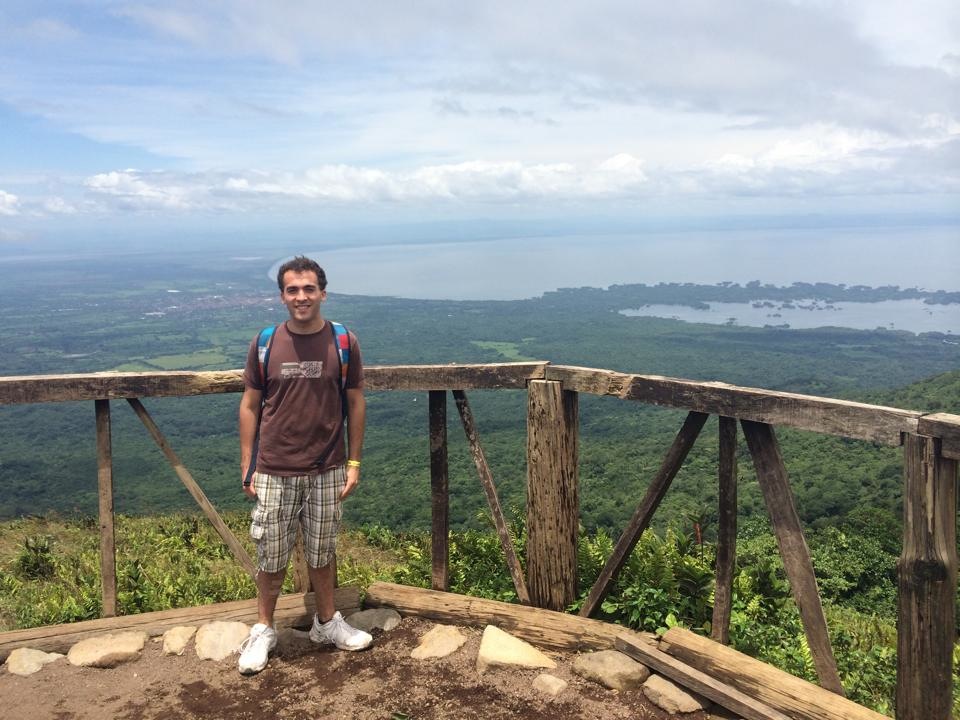 The Mombacho Volcano was my next conquest. In the heavy humidity of the clouded forest, a sloth snored obliviously in the tree above us. We hiked and climbed, in the process shifting between two completely different biomes, every bout rewarded with a breathtaking view, until we came to the climactic panoramic viewpoint from which we could see the entire city of Granada, nestled between the lagoon and the lake. We were strapped into harnesses and hoisted up into the forest canopy, where we could fly above the coffee crops and disturb some howler monkeys, who had inadvertently adopted one of the zip-wire stations as their family tree.

Another major expedition saw me travelling off to the Isle of Zapatera, with Omara and Julio, two of my friends from Jicaro. Here, in addition to its own beautiful volcanoes and mineral lakes, can be found some spectacular indigenous petroglyphs. One arrangement could be found on a broad, flat expanse of rock which was at the top of the island: I could only imagine the feeling of standing up on that spot with a full moon staring me in the face, as we were told the Indians had done. Equally striking was another arrangement found deeper in a jungle: here, we were told, was where human sacrifices would have taken place. 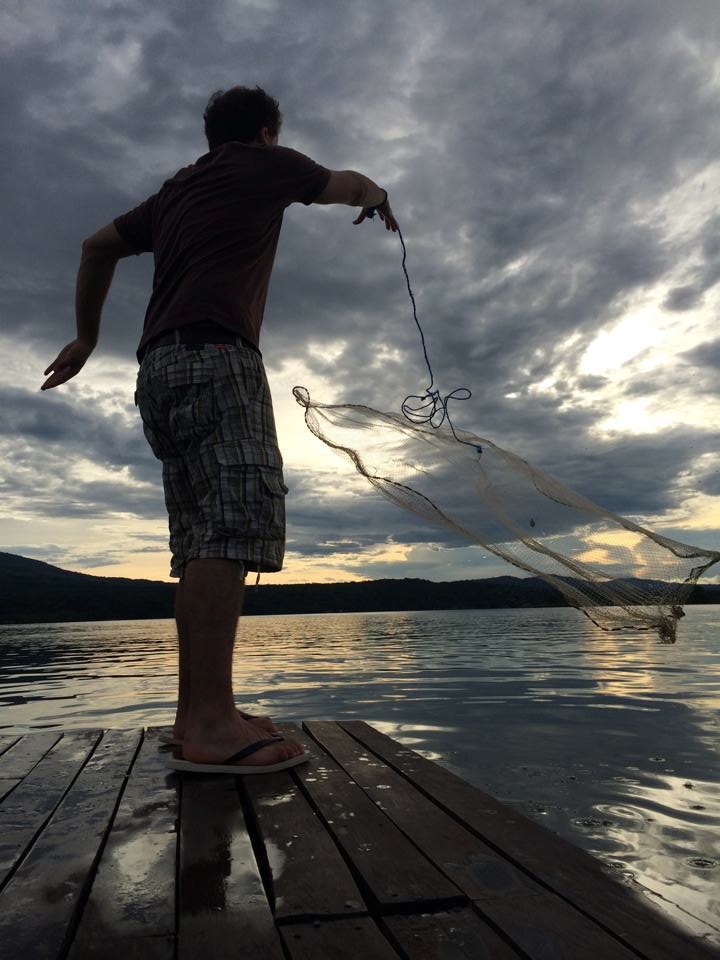 Fishing with a Terraya, Lake Nicaragua

In Nicaragua, fishing involves using a terraya, a type of round net on a rope, and learning the technique involved in casting it. The fishermen, of course, make it look like the easiest thing in the world to throw the net out in a perfect circle, but in reality it takes some practice. The technique involves holding the inside of the terraya with one hand, the rope with the other, and the net open with your teeth – and then trying to swish the net outwards so that it opens in a circle, while flying far away from you, while you hold onto the rope, while also trying not to slip into the lake yourself, of course… Eventually, though, after a few hours of dedicated practise, I was nagging Gorge, Zelso, Salavator, Yoberth and the other guys to take me out on the boat all the time. We would fish and teach each other slang phrases from back home, until I’d built quite a repertoire… ¿Nicaragua? ¡Deacachimba! (“f**king great!”). My personal favourite was probably “estoy hasta el culo” – it’s a way of saying “I’m full” or “I’m wasted”, but it literally translates as “I’m down to my arse“. Las vulgaridades live up to their name… 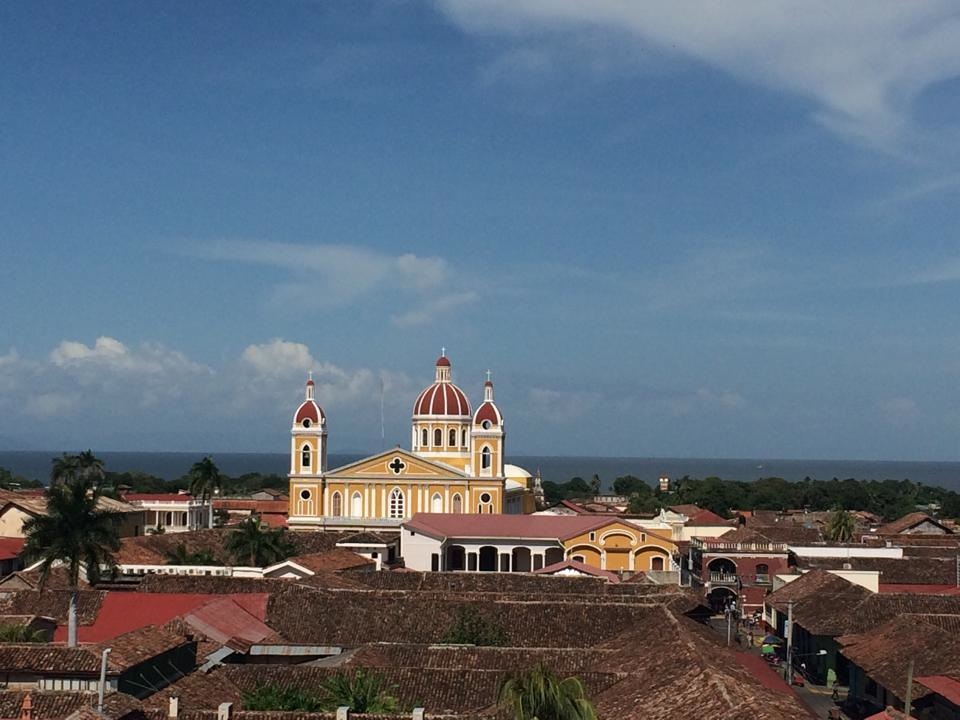 Lots of time was also spent exploring Granada. Alex, one of the chefs, took me on the back of his motorbike, to get some authentic Nicaraguan food and beer. Vigoron is a dish is a traditional working-day invigorator dish: fried pork skin and yucca mash, with a big splash of hot, hot (“it’s not that hot, gringo!”) chilli. An intriguing and satisfying combination of crunchy meat and chewy, spicy mash – it would make for some lethal pub food. Nicaragua’s two national beers, Toña and Victoria, now occupy my #1 and #2 spots for most refreshing brands; they make for a chilled atmosphere, even when sitting outside the rowdy Casa de Cerveza overlooking the bustling city-centre, or for that matter inside a rowdy bar, talking Spanish football with my friend Eyner. On top of the food and drink, Granada is an awesome city to visit. As the first European city on the mainland Americas, it has a huge heritage to be explored: its colonial architecture reminded me of Spain’s old towns, as does its large central cathedral. With Omara I popped into a famous handmade cigar factory, and with Julio I visited the city’s crazy market. A friendly and quaint, and yet vibrant and occasionally even cosmopolitan city, I would love to go back and explore just a little bit more, and then maybe grab an ice cold Toña…