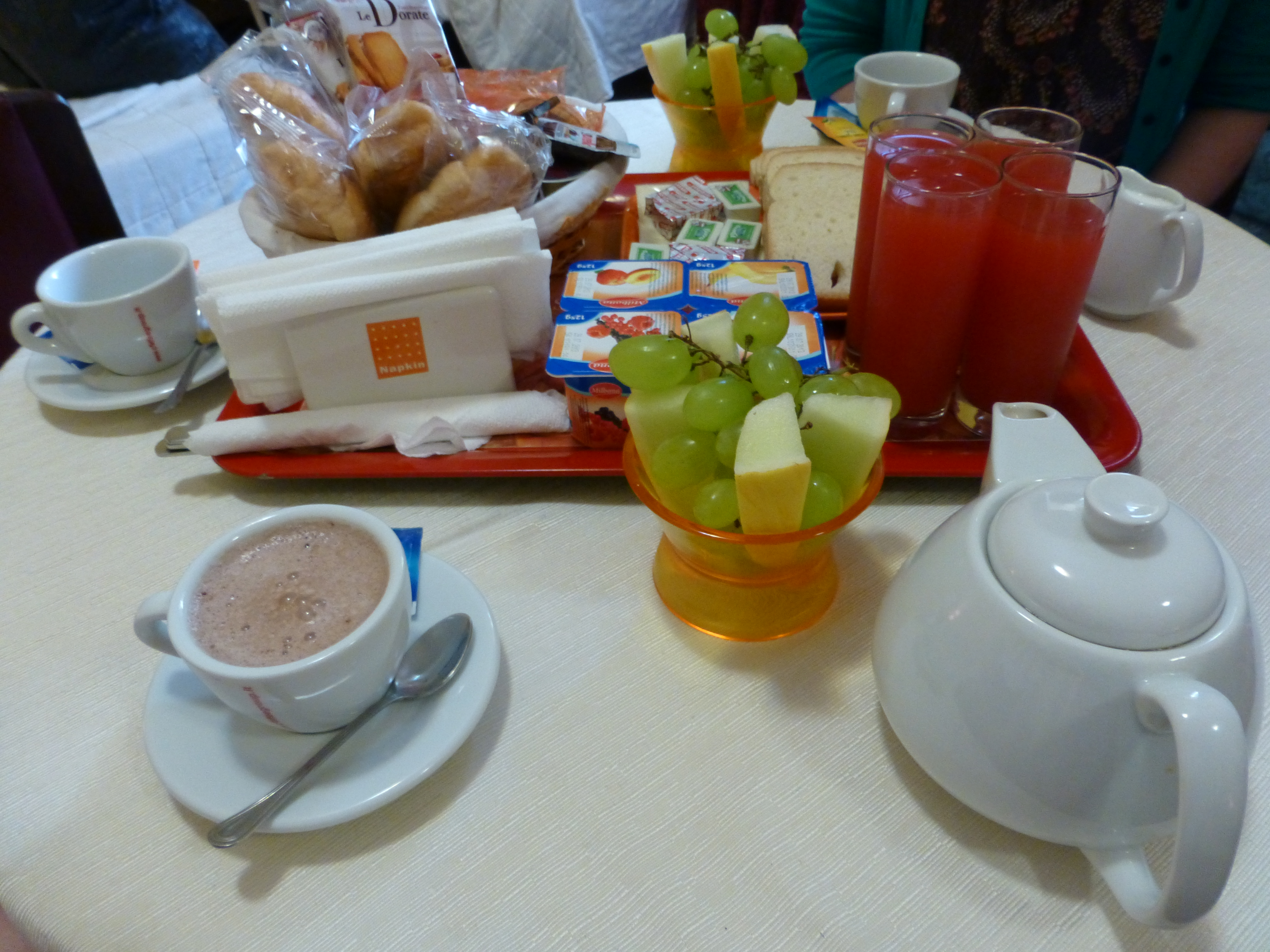 Last summer, I went interrailing for the first time. It was a phenomenal trip through Europe, but with extensive planning, the journey really did begin before the first train ride! In my previous article I dealt with how to get from A to B and where to sleep on a budget when you get there, and here in part two we delve into the world of what to eat and what to see…

Deviating from our aim of not going to McDonald’s during the trip only once, eating was also on a budget. Buying picnics from Carrefour and Lidl was a great way of saving money. Despite its reputation here, Lidl in Europe is actually very good; I thoroughly recommend their peach brioche! As expected (and intended!), Italy provided a whole array of pizza and pasta – more often than not, there were far too many seemingly similar restaurants to choose from. Our Roman hosts recommended some really great places away from the tourist abodes in favour of the authentic bistros preferred by the locals. As such, the restaurants with people outside advertising their ‘prix fixe’ menus and coercing you inside should be ignored at all costs. We found this out in Brussels to our peril, which only served to reinforce the motto, ‘if in doubt, Lidl’.

With no pretensions to indie backpacking, we took interrailing as an opportunity to be all-out shameless tourists! Again, this was to be preferably on the cheap side. Following the advice of tripadvisor.com, we avoided tour guide packages – rather than paying in excess of £100 to climb Mount Vesuvius and visit Pompeii, we achieved both for less than £30, in a manic day of taking a minibus up the mountain, before taking the train to the ruins.

Likewise, we navigated through both the Vatican and Ancient Rome ourselves – it may have been easier to have been escorted to both on a coach, but that would have taken away the freedom to have ice cream(s) in between sites! In lieu of the expected ‘get there early to avoid queues’, the real gem of wisdom from trip advisor was to not go to the Colosseum first, but to the Augustan forum and purchase tickets for both from here – it was this that really beat the queues! Our only flaw in the planning of our trip was not being in Frankfurt on a Saturday – the only day of the week when the Ebbelwei-Express tram rides through the city bearing each of its passengers a glass of German cider.

Our trip culminated with us being in Paris for Bastille Day (this was deliberate!). The day begins with a military parade along a crowd-lined Champs Elysées. Being nowhere near the front, we made friends with an American couple and together we watched the entire spectacle through a tall person’s digital camera. Although the fireworks over the Eiffel Tower are billed as the finalé, we spent the entire day picnicking on the Champ de Mars; our picnic almost didn’t materialise because shops not opening really wasn’t at the top of our minds, but one in a metro station prevailed and saved the day. Considering the amount of people, (getting to and from the portaloos through the crowd was nigh on impossible) being there hours in advance was worth it to have an uninhibited view of the fireworks, which really were amazing.

Seeing seven cities in twelve days was an incredible experience. Being in a city having been in a different country 24 hours beforehand and knowing that the next day would also bring somewhere new was excitingly surreal. We only spent one or two nights in each place – if I did it again, I would maybe stay in each place for a little longer. This would enable more spontaneity and relaxation because after all, it was a holiday! Be sure to take maps with you (these pop out ones were fantastic and cheap) and actually have someone in your group who can navigate a map! Either way, go interrailing, but plan it all you can.