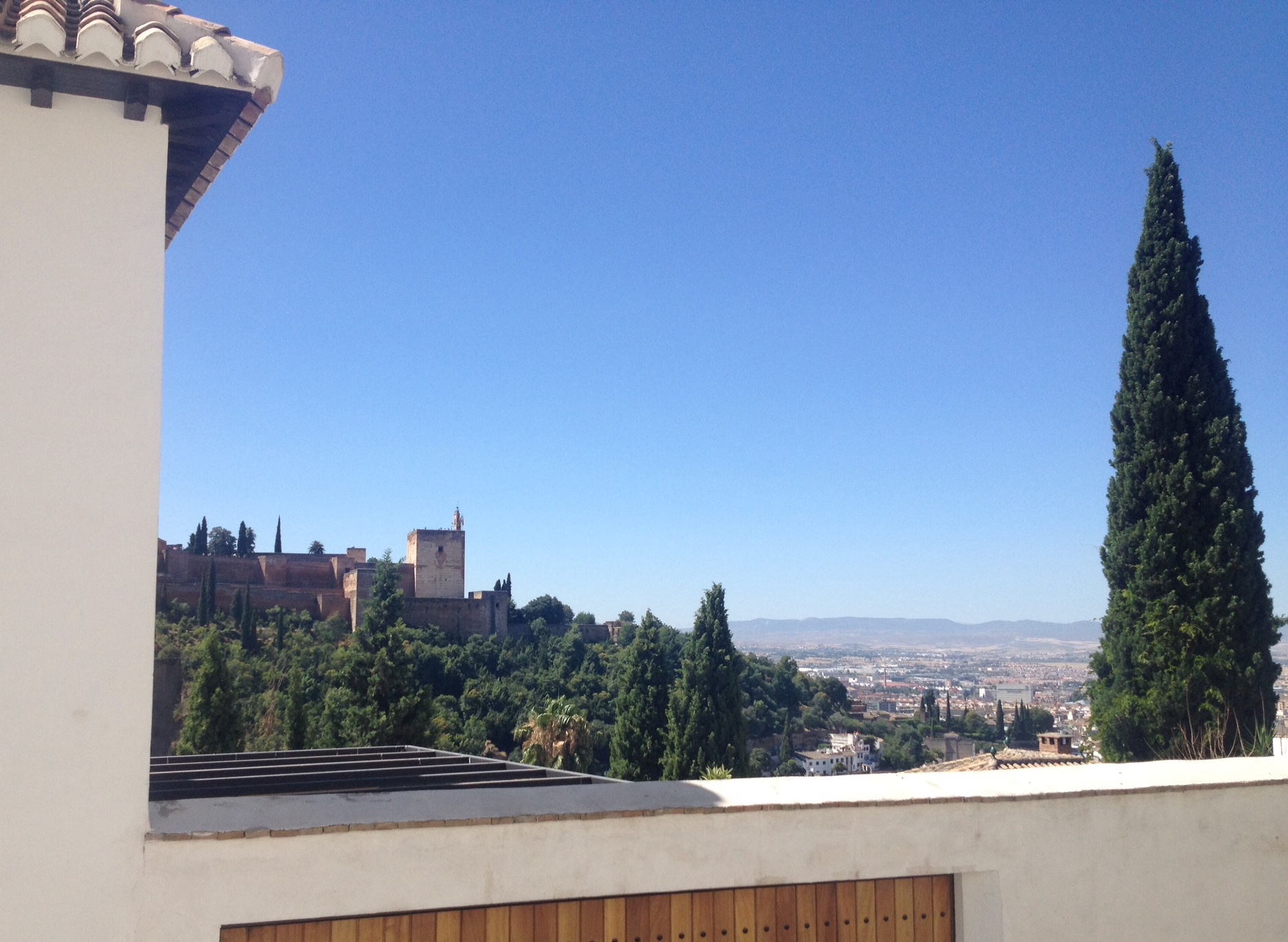 Panoramic views of ‘a city waiting to be explored’.

Many people come to Granada due to the draw of the magical Alhambra palace and find it is the city itself that leaves a lasting impression. The Alhambra has been the focal point of Andalucia for centuries and was the last Muslim stronghold in Spain. Inside its unassuming walls lies a masterpiece of Islamic design, with each room expertly proportioned, with ultimate aesthetic appeal in mind. The walls are intricately decorated with lines of Arabic poetry and the sound of softly running water provides a constant backdrop to the experience. The refreshing gardens of the Generalife surround the palace and are a perfectly crafted expanse of luscious vegetation, with beautiful water features.

Meanwhile, at the foot of the majestic Alhambra, lies a city waiting to be explored. Unlike the tourist hotspots of Europe, Granada has a truly authentic and unpretentious feel. There are numerous diverse barrios, or neighbourhoods, that form the varied tapestry of the city. From Plaza Nueva, you can climb to the white washed houses of the Albaizin neighbourhood, with an excellent view of the Alhambra, live the North African experience through the Moroccan-infused trails around Calle Elvira, filled with steaming teashops and shisha pipes, explore the graffiti-lined streets in the studenty Realejo or wander to the chic shopping area where you can sip a coffee outside the University’s botanic gardens.

Take time to savour the free tapas with every beer you buy, the latenight flamenco shows and watch the sunset settling behind the illuminated Alhambra palace from the Mirador San Nicholas. Granada truly is a feast for the senses, enjoyed by its diverse population of bohemians, artists, business people and everyone in between.

To avoid excessive heat (and tourists), I would recommend visiting Granada in May and September when the temperatures are still warm, and the weather still sunny. As November draws in, temperatures can become suprisingly cold and you will need to pack accordingly. Nevertheless, a winter visit to Granada has its merits. The Albambra becomes much more serene, and you have the added possibility of skiing in the nearby Sierra Nevada mountains. Indeed, it is said that Granada is the only place in the world where you can ski in the morning and follow it with a relaxing afternoon in the beach, made possible due to the region’s close proximity to the lush sunny shores of the Mediterranean. 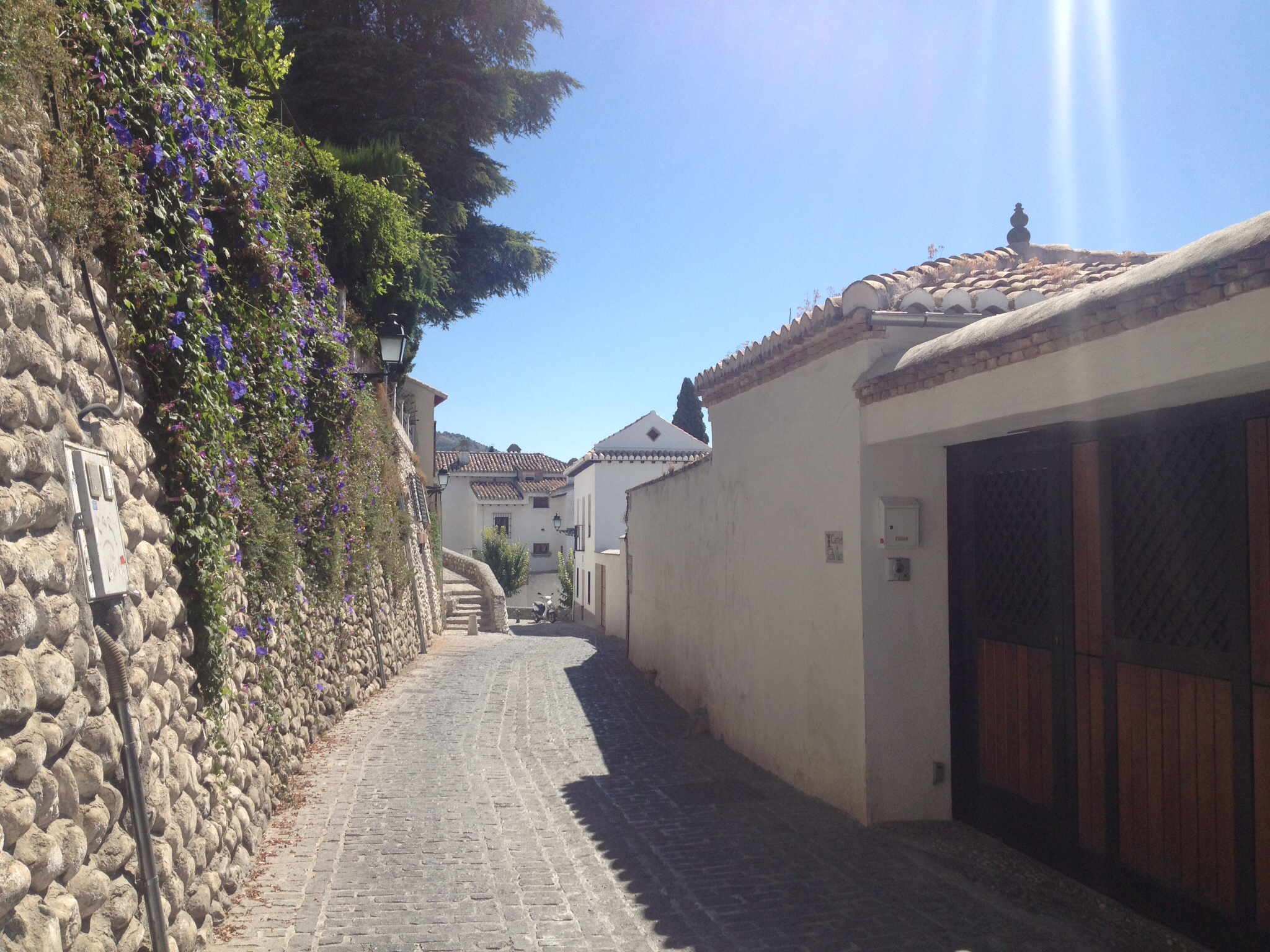 Despite its growth in popularity as a tourist destination, Granada remains extremely

affordable, thanks in no small part to its high student population. The revolutionary Andalucian custom of free tapas with each drink is alive and present in the city, and it is always a refreshing surprise each time you are presented with a generous portion of Spanish cuisine. Nowhere else does the phrase ‘no such thing as a free lunch’ seem so redundant. A caña (aka a small beer) with complimentary tapas will typically set you back between one and two euros.

Supermarkets are noticeably cheaper than in England (a loaf of bread costing around a euro) and have a stronger emphasis on fresh produce. Many Chinese general stores are popping up all over the city and are extremely good value (I recently bought a notebook for €0.30).

Money-conscious travellers will also be relieved to know that most of central Granada can be travelled on foot, and this provides an excellent opportunity to get to know the city, while bus journeys have the fixed price of €1.20.

Things worth paying for are a pass to the Alhambra, an authentic Flamenco show and, if you are travelling in winter, a weekend trip skiing to the Sierra Nevada! Also the hop-on, hop-off tourist train is fun, albeit touristy, way to see all the main sights and only costs €8. Not such economical buys are the handfuls of lavender sold by persistent women outside the Cathedral, and the gimmicky gifts sold in the nearby tourist stalls.

There are no flights from England direct to Granada airport, so instead look for flights to the nearby city of Malaga. Ryanair offers flights from London Stanstead to Malaga starting from around £20, and there are regular buses from Malaga airport to Granada, costing around €10! If you are already in Spain, then there are many ways to travel to Granada at a low cost.Domestic flights typically set you back €50 and buses and trains are cheaper.