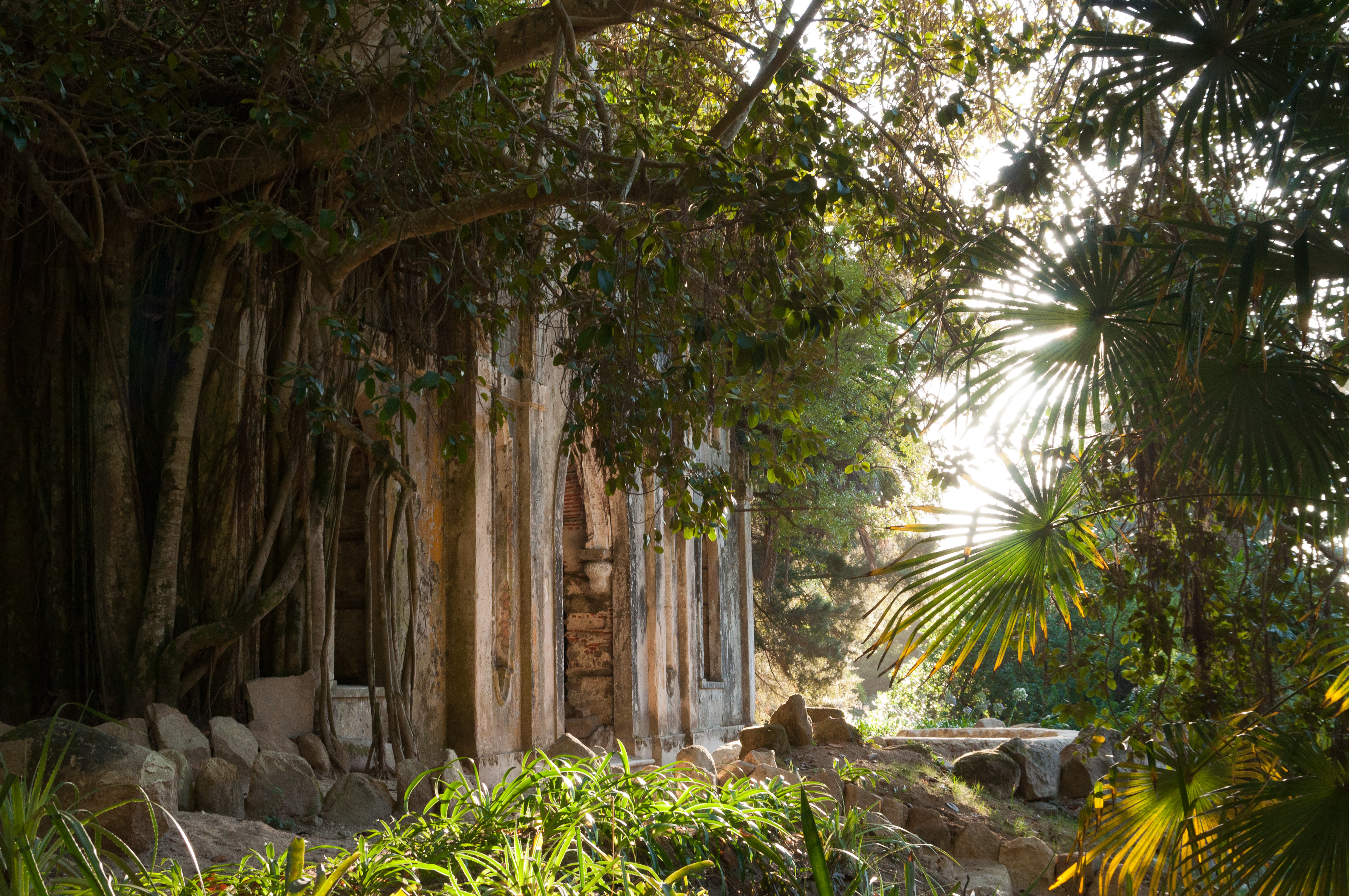 Ruins in the grounds of the Palacio de Monserrate.

If you’re lucky enough to spend more than three days in Lisbon, you simply must visit the town of Sintra. Less than an hour away by train, Sintra is a treasure trove of stunning architecture nestled in verdant countryside. It’s a delightful place to explore traditional Portugese culture and cuisine.

When I visited Sintra for the first time, however, my first impression wasn’t overwhelmingly positive. Expecting to be greeted by palaces, castles and greenery, all I saw when I emerged from the train station were buses and restaurants. Then it suddenly occurred to me: I had been told that I needed to catch the 434/5 bus to reach the main sites. The landmarks I set out to visit were: Castelo dos Mourous (Moorish castle), Palacio da Pena (Pena Palace), Quinta da Regaleira and Palacio de Monserrate (Monserrate Palace). 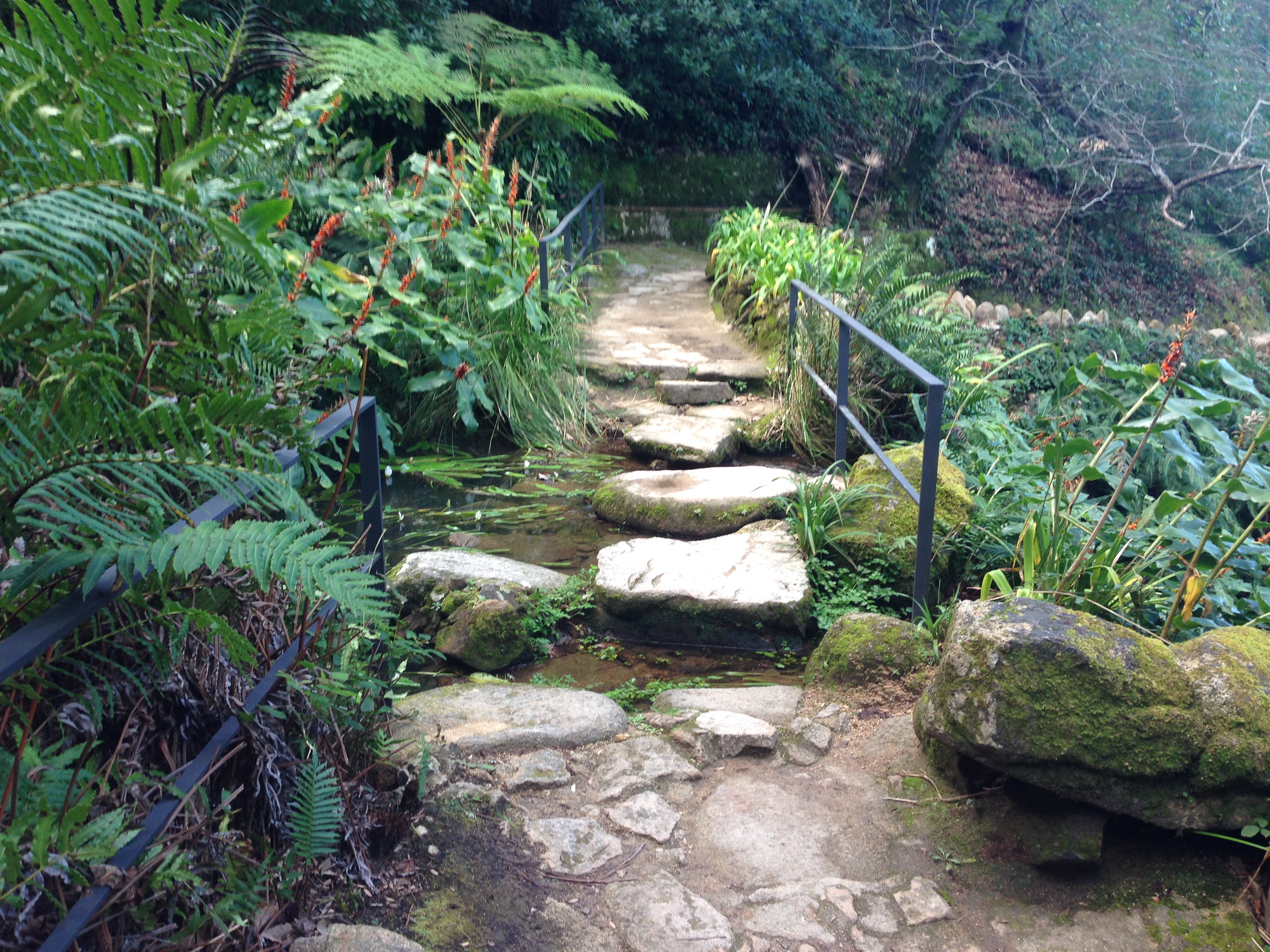 Stepping through the gardens…

As the bus climbed the hills I noticed just how steep they were, and thanked myself for not walking! My first stop was the Palacio de Monserrate; I got access to both the gardens and the palace. The expansive gardens are more adorned with waterfalls, stepping stones, bright flowers, and other charming natural details.

The palace itself is comparatively bijoux, but its Arabic design perfectly compliments the whimsical gardens, reminiscent of architecture one sees in Spain in Andalusian cities, such as Granada, Seville and Cordoba. The intricacy of the Palace’s interiors is particularly impressive.

The next attraction on my list was Quinta da Regaleira, not far from the Montserrate Palace. Visiting the Quinta turned out to be my top personal highlight from the day.

Designed by Italian Luigi Manini, creator of La Scala, this palatial estate is very much integrated into its natural surroundings. Walking through the endless underground networks of grottoes and lakes (it’s advisable to bring a torch), the sense of magical realism is so tangible, you’ll feel as if you’re in Pan’s Labyrinth. Spiral staircases glistening with moisture burrow deep into the earth, leading you from one land to another, as each section of the sprawling garden tells a different story.

There’s a chapel, towers to climb and two wells, the most famous of them being the Initiation Well. You can even take some great shots of the Moorish Castle from some of the towers.

Frankly, I could have spent all day in the Quinta. 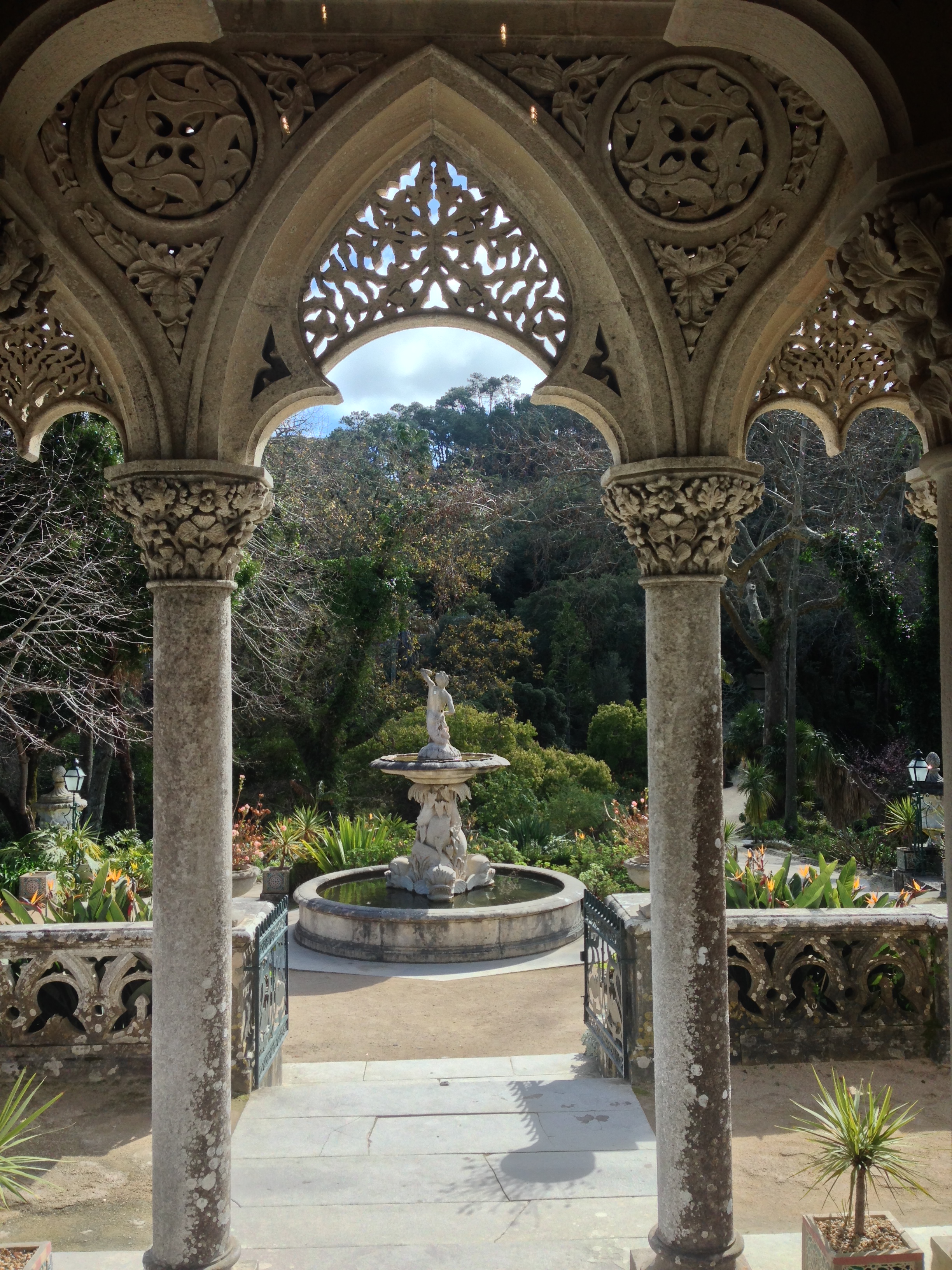 The view from inside Monserrate.

The third and final folkloric setting I visited that day was Pena Park and Palace; I am reluctantly reserving the Moorish Castle for another day. If you also find yourself limited for time in Sintra, I suggest that you visit one palace, the Moorish castle and Quinta da Regaleira, in order to experience a bit of everything. (Note: If you’re going to both the Castle and Pena Palace, it’s best to catch the 434 bus and then get off at the Castle, visit that first, and then when you’re finished, catch the next bus up to Pena Palace). 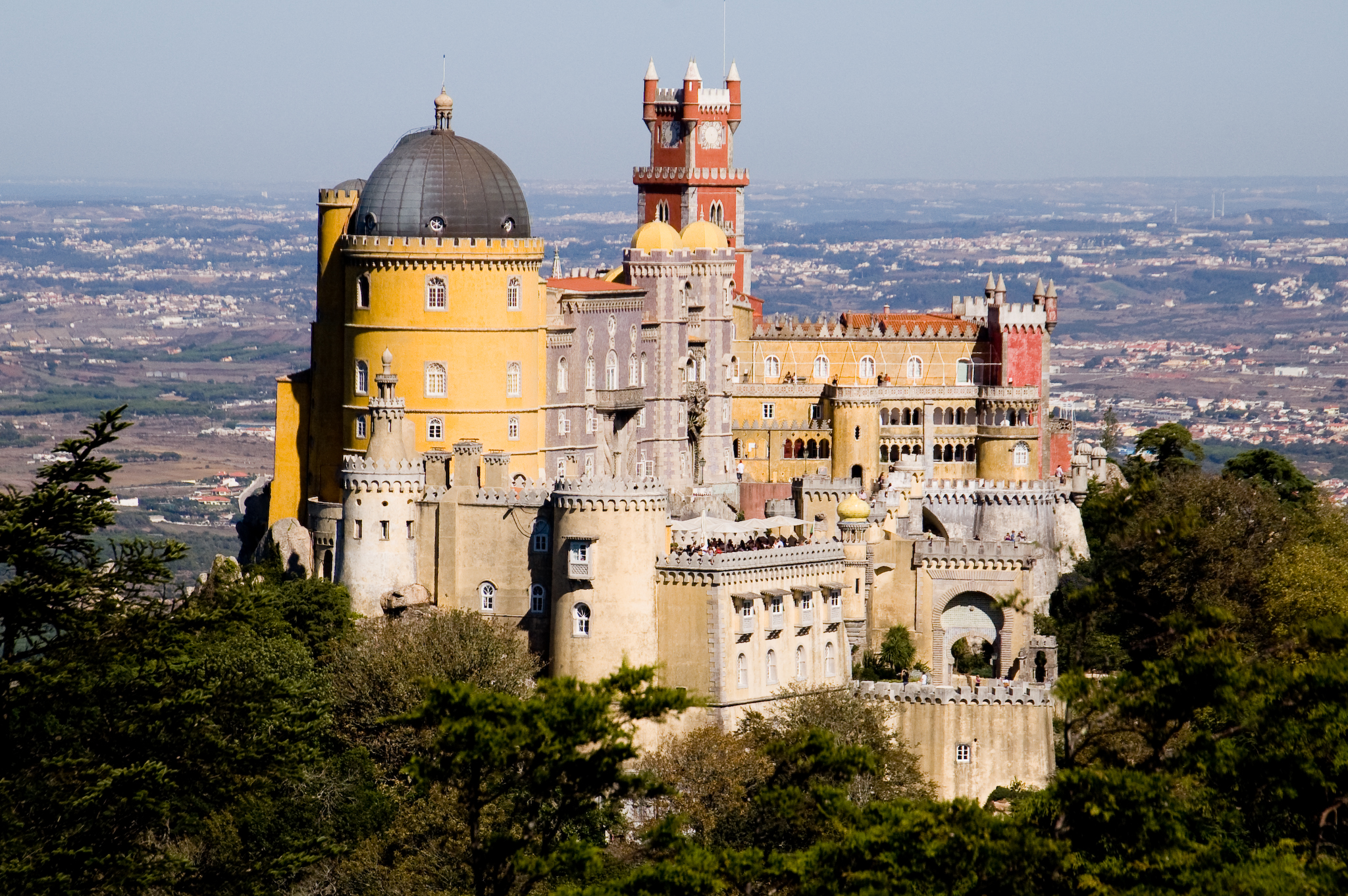 The technicolour masterpiece that is Pena Palace.

The weather took a turn for the worse during my visit to Pena. Despite this, the palace still looked wonderful and perhaps even more fairytale like, shrouded in fog as if under a spell. The Palace instantly reminded me of Neuschwanstein Castle in Germany, although more colourful; I honestly have never seen a palace with such a bright palette. Monserrate Palace is colourful of course, but not to the same degree, and Pena Palace is much bigger.

The exterior impressed me far more than the interior. so if you feel like just seeing the park you can still get a good look at the outside of the castle in this way. The park is absolutely huge – I think, at least. I got quite lost so I don’t know whether it was huge or just very difficult to navigate through, but I feel like I only got to see a little of it because time was running out to make the last bus, so I had to cut my visit short.

Overall, I spent a magical day in Sintra. I will certainly revisit it in future as there’s plenty more to see, such as the Moorish Castle, several Palaces and Cabo da Roca, the most westerly point in Europe! At least now I have a flavour of the place.

Speaking of flavours, while you’re in Sintra, be sure to try the local pastries – Queijada and Pastel de Sintra – as well as a cherry liquor called Ginja served in chocolate shot cups. All can be found for arround one euro in the historic part of town opposite the Palacio Nacional.

* To get to Sintra from Lisbon head to Rossio station (Rossio and Restauradoures metro stations serve Rossio station). In Sintra, both the 434 and 435 bus stops can be found just outside the train station. The number 434, which costs five euros, goes to several palaces and the Moorish Castle. The 435, 2.50 euros, will take you to Quinta Da Regaleira, Monserrate Palace and many other places. You can also hike up to all of the sites from the station if you’re fit enough and have plenty of time, enabling you to appreciate the rich natural surroundings.