Down Under… Worth a Visit? 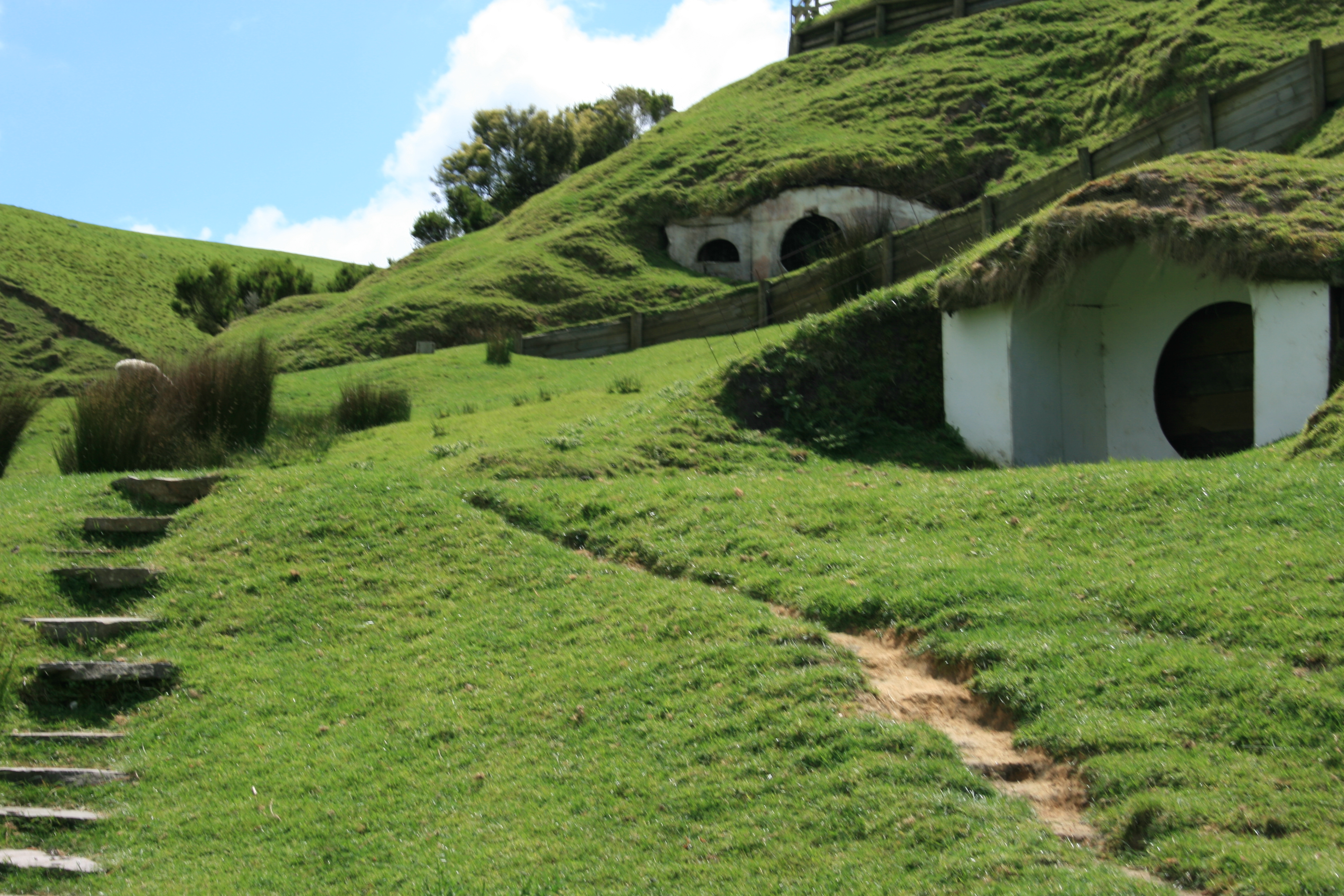 The weird and wonderful world of ‘Hobbiton’, one of New Zealand’s top tourist attractions.

Australia: the holy grail for tourists. Every year millions upon millions of them- 5.9 at the last count- make the gruelling up to 24-hour flight to sample its golden beaches, huge waves, and – of course – the famous Sydney Opera House. But as wonderful as Australia might be, what about its less well-known neighbour, New Zealand? Situated a hop, skip and a jump away across the ‘swamp’, as the locals call it, the land where they filmed The Lord of the Rings (yes, that one) has a great deal to offer in itself. “What?”, I hear you cry, “how can New Zealand possibly measure up to Australia? It’s just like a bigger version of Wales, isn’t it?” Well, I thought so too, until I visited for the first time – and I ended up living there for two years! And, truthfully, New Zealand is just as nice as its kangaroo-filled counterpart. What we really need is a guide of where to go to make those first impressions count…And as luck would have it, you’re reading it now. So, what are the top five places to visit in New Zealand from a local’s point of view? Read on…

For the geeks- and anyone, really, who enjoys a good adventure- Hobbiton is the ultimate in Lord of the Rings-ness (my brother practically exploded with excitement when he learned where we were going). Even though the original set was dismantled at the end of the first trilogy, when The Hobbit was made the farmer who owned the land where the village was built asked if the producers would let him keep the film set intact as a tourist attraction. The upshot was yes: a clever move when you consider how many people are visiting this place! The houses there are a mix of waist-high buildings and full-scale ones, and the attention to detail is really fantastic: the designers even created fake lichen to stick on the wooden fences and painted vinegar on the front doors to make them look old and peeling.

Although New Zealand is technically quite a young country, the most historically important place for its population can be found way up north in a place called Waitangi. This is where the British and the Maori natives signed the Treaty of Waitangi, the agreement which effectively created the country. In the National Trust Park there, you can see the two meeting houses side by side: the House of Assembly – or the Maori meeting place – and the first Governor’s house. There’s also the world’s largest ceremonial war canoe, in case you were interested, which also happens to be part of our Queen’s navy.

Wellington has to be one of my favourite places that I visited in New Zealand. It’s the country’s capital, but the city is so small – only 400,000 people live there, making it smaller than Liverpool – that it might as well be a rural town, surrounded by mountains. It’s called the world’s coolest little capital, and for good reason! Despite the wind (which it’s infamous for) I’d say that a trip down the hill from the Botanic Gardens to the centre of town on the old Cable Car is well worth a go, and if you’re not swayed by the golden beaches along the wharfside (which I definitely was!) the National Museum, Te Papa (which in Maori means ‘Our Place’) has everything from a history of New Zealand in stuffed animals to an interactive earthquake zone that you can check out, if you don’t mind being rattled around a fair amount.

Where would my list be without including the famous Hundertwasser toilets of Kawakawa? (And no, I’m not making this up.) They were designed by Austrian architect Friedensreich Hundertwasser, and are made up of more than 50,000 mosaic tiles and glass, as well as sculptures and a living tree. Not only does it look weird and wacky, but it’s also useful as a stop-off, and they are apparently some of the best toilets in the world: they were awarded the Golden Plunger award in 2000. You won’t believe it until you’ve seen it- I definitely didn’t!

If you like exploring, then the Waitomo Caves are definitely for you. I went there when I was about twelve, but I still remember the excitement as we sailed underground – and, afterwards, the awe. The tunnels you float into open out into massive cathedral-like spaces – so huge that you can’t see the top of them, and with stalactites and stalagmites the size of pipe organs hanging off the walls. Once you get past the damp and moss, the way out is equally amazing; you head off through darkened tunnels that gradually become lighter – not because you’re coming out onto the surface but because thousands of glow-worms live on the cavern roof. It’s rather amazing to see!

So, there it is. The wilds of New Zealand have been plumbed, and I have offered up the five options that are – in my view, at least – the best of what I saw whilst on holiday. There is so much more to see, though, which couldn’t have been done even in the two years that I was there for…The list goes on. So, if you ever do end up spending a holiday in Australia, it might be worthwhile popping across the ‘swamp’ to see these things for yourselves, and to (hopefully) make a list of your own!