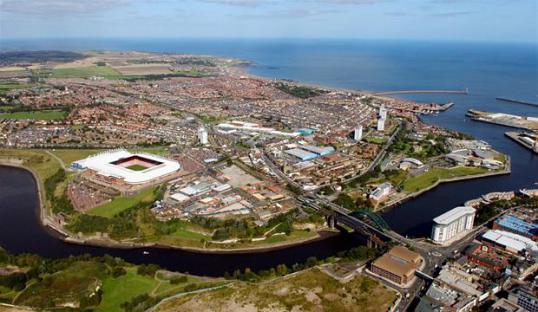 Aerial view of the stadium and city.

A mixture of boredom, interest in an adventure and coincidences in bus timetables brought me to Middlesbrough a couple of weeks ago. While it was perhaps not the top-rated tourist destination on TripAdvisor, I’ve had a surprisingly enjoyable time in Teesside’s capital and was keen to explore further the urban landscapes of the North East again.

Unlike the excursion to Teesside though, I’ve realised that a visit to these cities warrants more than the Wikitravel-level of information from my phone that I’ve hastily gathered on my way there. So naturally, I turned to the internet. After an intense Googling session, I came to the conclusion this time I’ll be spending a Sunday afternoon… in Sunderland.

Situated where the river Wear meets the North Sea, Sunderland is the second largest city in the North East (although a Google image search will have you believe that Sunderland is only a football club) In most cases, the city seems to always play second fiddle to Newcastle. (Although the locals- Mackems- will empathically tell you otherwise, and cite the recent results of the Tyne-Wear derby as proof). Nevertheless, a visit is necessary to form a more rational opinion and consequently pick a side…

After what seemed like an eternity of transversing through Wearside villages I eventually arrived at Sunderland city centre. My first instinct was that the streets were noticeably emptier even compared to Middlesbrough – although visiting on a Sunday has to be a contributing factor. While there were new developments by the waterfront, the city centre was very much your standard mid-20th-century British post-war affair, with your concrete, grey high-rises littering in between. A particular lowlight had to be the railway station: ‘refurbished’ in the 1960s in anticipation of the 66′ World Cup, the underground station was ‘rational’ (read: bland) to the extreme that it even bored the railway enthusiast in me.

Especially considering that they’ve had a much, much nicer station ‘back in the days’, located just across the Wear. My first stop of the day, pun intended, was the Monkwearmouth Station Museum.

What used to be Sunderland’s main station, Monkwearmouth was a splendid piece of railway architecture, in the neo-classical model (think Greek arches) popular in the 19th century. The ticketing hall has been restored to the Edwardian times and some quite detailed exhibits. Although the highlight must be the viewing platforms: view the tracks in front of the station/museum still in use for Metro trains, it’s a good place to have a sit around as trains stroll by.

The beauty of a station that doesn’t actually reach the city centre, along with the other neo-classical banks or office blocks that scattered around the main streets had served as reminders that Sunderland was once of much greater grandeur. Like Teesside or the wider North East England, Sunderland was also blessed with an abundance of coal which led to the blossoming of heavy industries. If Middlesbrough grew from steel, then Sunderland was conceived by seafaring and shipbuilding.

For much of its history merchant vessels at various sizes was churned out at the docks of Sunderland, to the extent that it was once dubbed the ‘Largest Shipbuilding Town in the World’. Online research informed me that one such ship, Torrens, was pretty special. Not only was it once the fastest clipper to reach Adelaide from England, covering the mammoth 16,000 miles distance in 64 days, she also happened to be the last ship a certain Joseph Conrad was the chief officer before he gave up seafaring for a crack at literature. 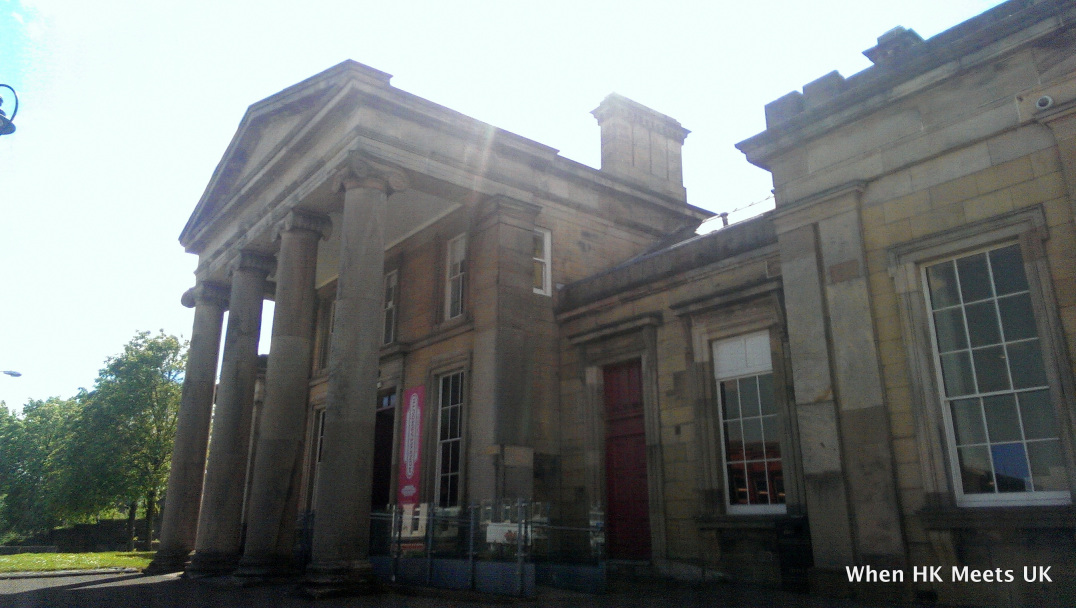 These snippets of information came from the Sunderland Museum and Winter Gardens. It holds excellent credentials for a regional museum: it has been the oldest and most-attended municipal museum outside of London in the country. You can see why.

Occupying one end of the main street by the park, the Sunderland Museum showcases the stellar and the not-so-stellar creations and collections of Wearside. Most of its exhibits concern the industrial past of Sunderland and the wider Wearside. After all, like much of the North East the rise of fall of the collieries and subsequently heavy industries had dictated the fate of the region for generations. Nevertheless, it was very interesting to learn about the region’s industrial strengths beyond coal, including shipbuilding, glass-making, and pottery-making.

The museum also displays a timeline for major events in Wearside: these events included the likes of the two World Wars and the establishment of the NHS, but in bold we also had the two FA Cup triumphs from Sunderland. Talk about priorities. 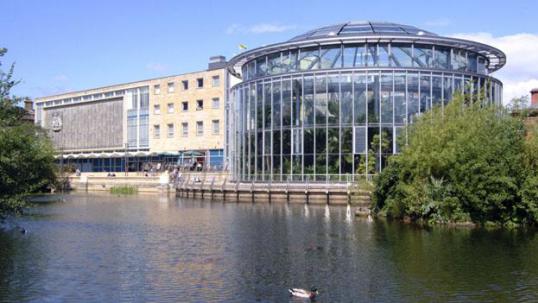 The museum was interesting yet the highlight of the day had to be a visit to the Winter Gardens. As the name suggests it’s a large greenhouse, filled with flora all over the world, really with only one thing in common- it wouldn’t have survived in the North East. (There were Banana trees!) As you’d expect the Garden was therefore significant warmer then the outside world. On a sunny afternoon that would be considered warm in Northeastern standards, the temperature within the Garden soared – the thermometre was suggesting 30 degree plus, despite all the windows being opened!

So this concludes my day out to Sunderland: similar to Middlesbrough I’ve once again enjoyed the few hours I’ve spent here and affirmed my belief that there’s always something interesting waiting to be discovered.

To find out more about Justin’s adventures in the North East, visit his blog.