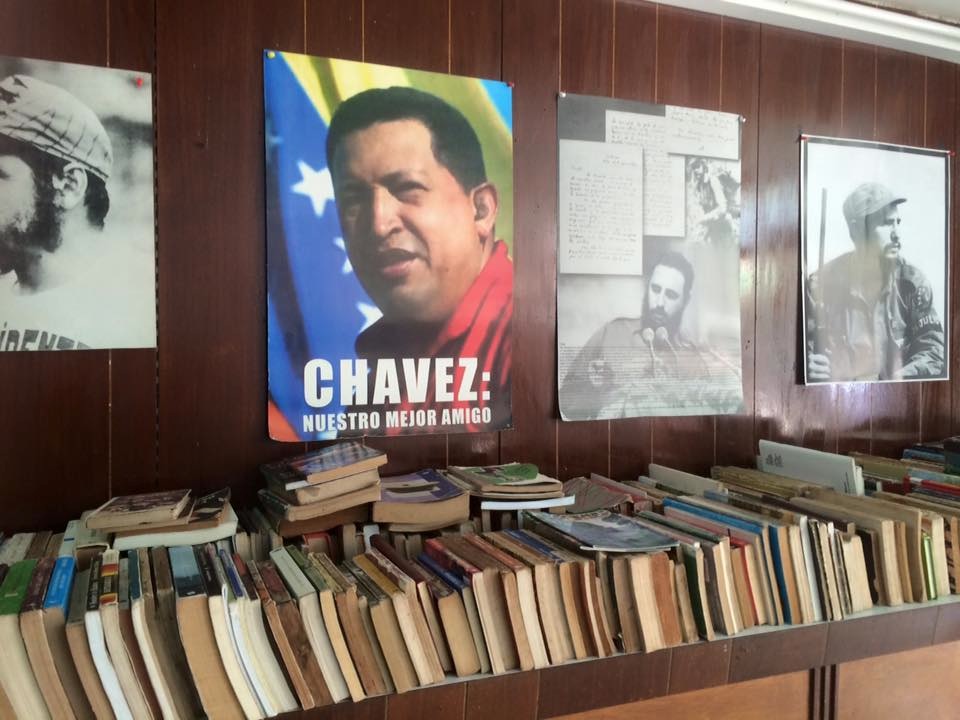 “Our best friend”, Chavez, and “el comandante”, Castro, a bookshop in Havana.

Locals and visitors refer to it knowingly as “The Change”. Big alterations are expected to occur if and when the embargo ends and US capital floods the Cuban economy.

My girlfriend and I travelled there this summer, to experience this unique country while we still could. First stop: Havana, an intoxicating melting pot of crumbling colonial grandeur, revolutionary slogans, Caribbean spice and Latin American patriotism. Sure, you need to acclimatise to the weighty humidity, and aggressive jineteros selling fake cigars. But with an open mind, Havana can be one of the best adventures you’ll ever have.

Cuba’s iconic “yank tanks” – classic American cars – are ubiquitous. In the evenings, the streets are alive with Latin music; every bar and restaurant hosts a band. Rum flows easily, with national cocktails (Mojito, Daiquiri, Cuba Libre…) on every menu.

For us history enthusiasts, the Museo de la Revolución supplied a dramatic, photographic guide to the socialist project since 1959. It’s also probably the only place in the world where you’ll find an artillery cannon once fired by Fidel Castro himself (proudly displayed outside the entrance). Extraordinary colonial artefacts fill the halls of the Museo de la Ciudad, centred on a glorious statue of Christopher Columbus.

Just outside this historical treasure trove lies the plaza de las armas book market, a hub of modern history. Stalls stock Marxist journals published by the University of Havana (whose stunning campus is worth a visit!), Latin American poetry collections, biographies of socialist heroes, and myriad collectors’ items: from classic propaganda posters, to the lapel pins of the world’s Communist Parties.En route to our next destination, we passed expansive sugar and tobacco plantations, where farmhands in cowboy hats hacked away with machetes. Large groups of hitchhikers crowded every junction. 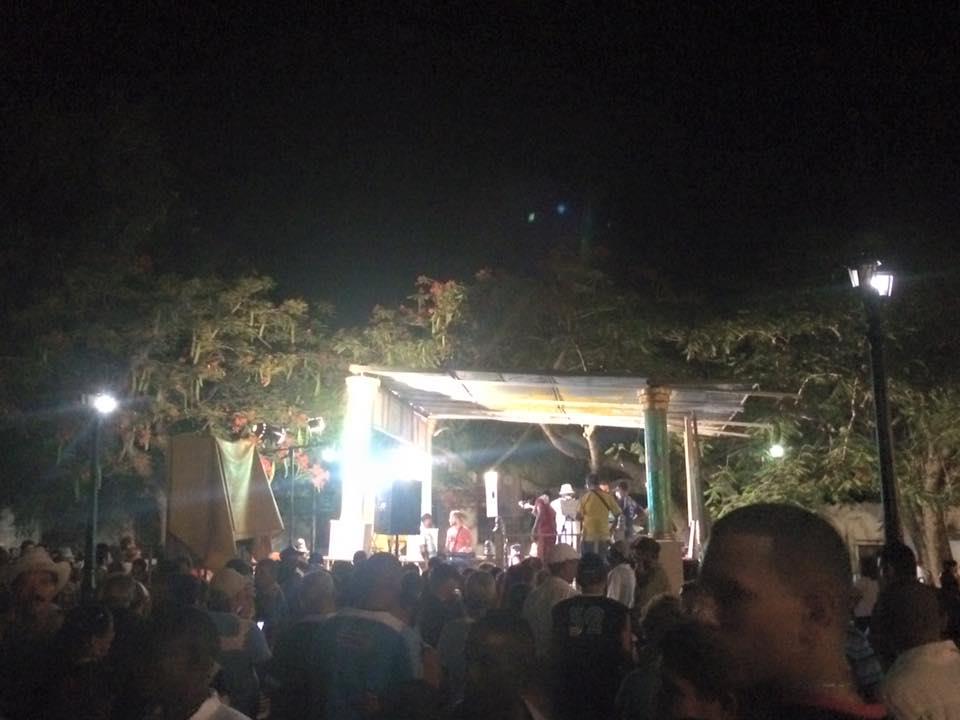 Our stop, Santa Clara, is a site of pilgrimage for Che Guevara fanatics. His iconic image is everywhere in Cuba, but most prominent in Santa Clara, where he won a dramatic guerrilla battle during the revolution. Less than a mile from the centre of town an armoured military train still lies on its side, preserved as a historical monument where his forces derailed it in the battle. Nearby, the Che y niño statue, outside the city’s Committee for the Defence of the Revolution, portrays Che symbolically carrying a young child: “the future of the revolution”. More spectacular is the towering bronze statue of him, which crowns an intimate mausoleum for fallen Cuban revolutionaries.

Apart from the Che monuments, S.C. is pretty low-key, a relatively quiet town without extensive local tourism. We wandered in peace through the barrios and out to the Loma del Capiro hills for a glorious view over the city. A more authentic nightlife existed here, as well. We ate an enormous creole feast of charcoal chicken, fried plantains and beans for less than 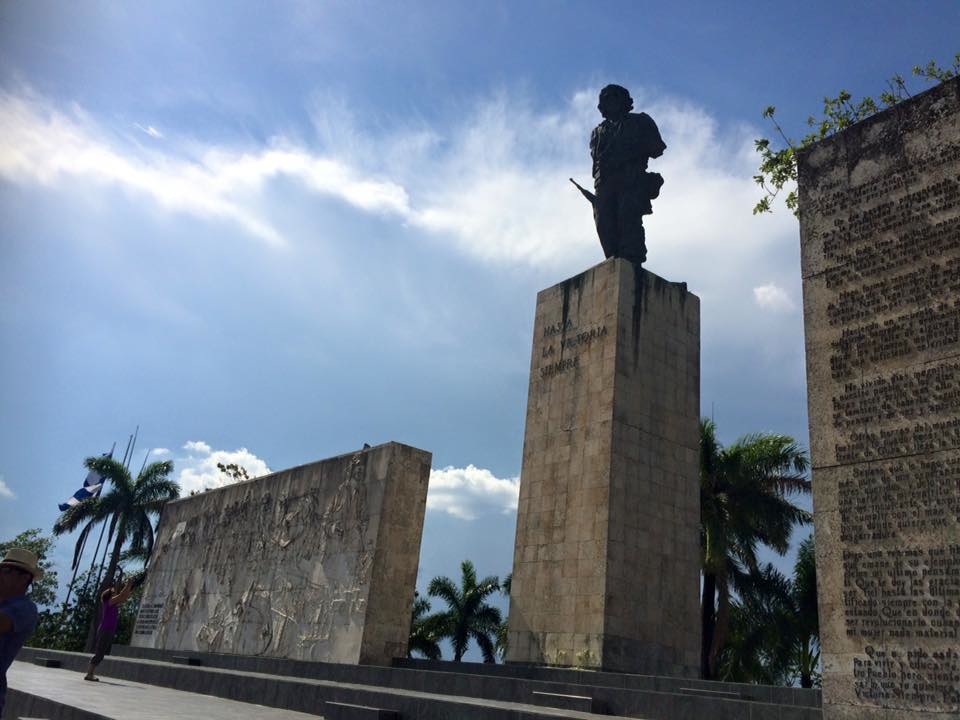 5 in a paladar (private restaurant) full of locals. Cubans chatted freely with tourists at a relaxed salsa bar on the corner of the main square. Late at night we found our way to a local carnival, deep inside the old city, where we seemed the only foreigners amid several hundred outstandingly-drunk Cubans, who all wanted to teach us how to dance! 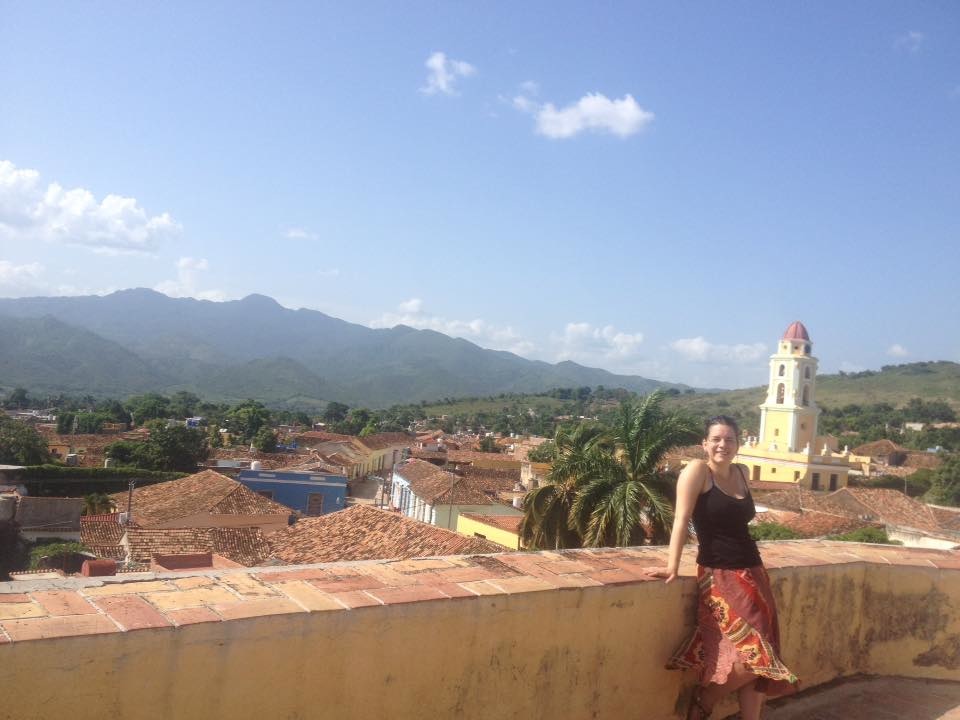 Before leaving Santa Clara, I found myself unexpectedly participating in Cuba’s informal, third economy. With the lack of consumer goods widely blamed on the American embargo, Cubans often candidly ask visitors for spares of anything in short supply. So it was that I happily handed over a spare pair of trainers! Cuba’s second economy, the growing sphere of small-scale private enterprise, is characterised by the casa particular, or private guesthouse. In a place where tourists and locals were historically firmly segregated, you can now book a room in a genuine Cuban family’s home.

In Trinidad, the beautiful house we stayed at featured an observation tower, providing views over an expanse of terracotta rooftops against a lush, mountainous backdrop. Once a wealthy sugar town, Trinidad itself boasts UNESCO world heritage status for its outstanding colonial beauty. The city also features some great exhibitions. Local history is preserved in a former colonial-bourgeois residence, with all the trimmings of wealthy plantation-owner life. Another museum covers ‘the fight against bandits’, Castro’s war on counterrevolutionaries who lurked in rural outposts in the years after the revolution.

Trinidad’s much larger local tourist scene meant a vibrant selection of creole restaurants and salsa bars, as well as daytime excursions. We booked onto a day trip to Cayo Las Iguanas, an islet inhabited by an extensive population of beautiful iguanas, with whom we chilled on the beach for a while. And it was in this exotic city, in the stifling tropical heat and immersed in Cuban history, culture, and iguanas, I had a sudden shock upon opening a copy of the Communist Party’s official newspaper to see “DURHAM, UK”, in an article paying homage to the Miners’ Gala! 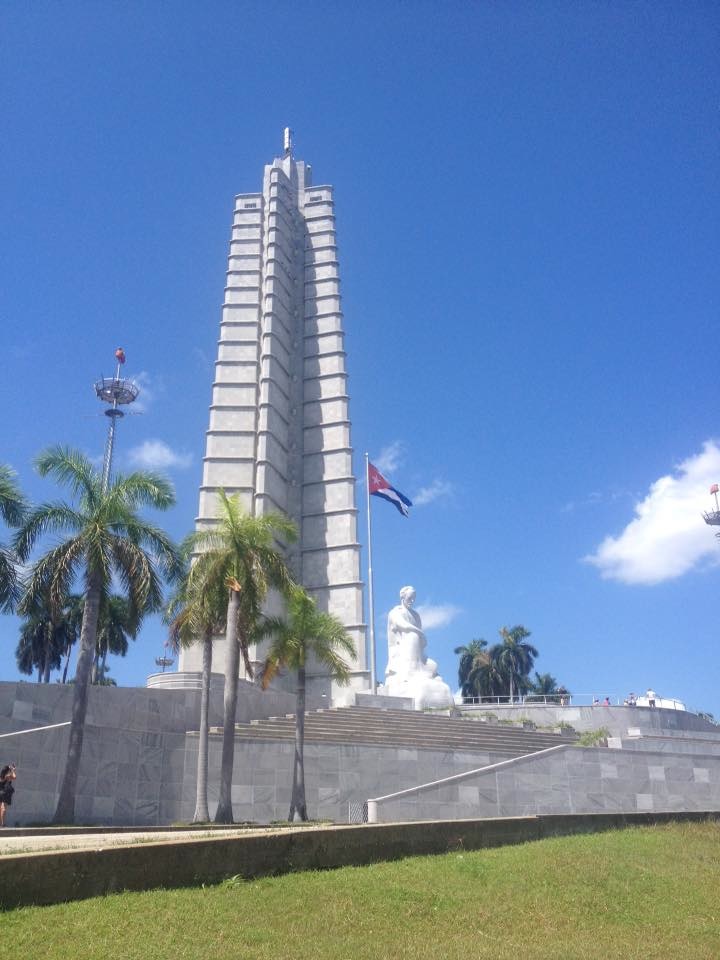 Just south of Trinidad, you find the resorts of Playa Ancon. We came here purely to be on the beach for two days, but the Cuban state’s version of an all-inclusive resort turned out to be a unique experience in itself (posh uniforms and a ‘piano bar’ contrasted somewhat with an abundance of syrupy cocktails in plastic cups!). With all the revolutionary history, I had forgotten we were in the Caribbean, so it was worth stopping to soak up the sun and all-day Cuba Libres.

We continued this relaxed vibe in Cienfuegos, a pretty-and-pleasant coastal city. A striking marble statue of Cuban independence figure José Martí decorated a magnificent but peaceful central square. With few major sightseeing opportunities, I took the opportunity to stock up on some $5 bottles of Havana Club and $7 Romeo y Juliet cigars. In the end, Cienfuegos’s ambience was epitomised by the long, breezy sunset dinner we had, in a treehouse overlooking the bay.

Finally, our last couple of days saw us back in Havana before a late flight home. We beheld the historic plaza de la revolución (in the news recently as the site of Pope Francis’s big speech). In this dramatic place, enormous murals of Che Guevara and fellow revolutionary Camilo Cienfuegos lie across the square from the towering memorial to José Martí, which houses yet another great history museum.

Our final stop before heading to the airport was La Torre, a penthouse bar, for a bird’s eye view across the metropolis before we had to say goodbye. Cuba had been hot and humid, and at times crazily frustrating (our first experience was a 2 hour wait while nobody repaired the baggage console at José Martí International), yet all its quirks make it the unique and unforgettable place that it is, and we certainly hope to return. ¡Hasta luego!