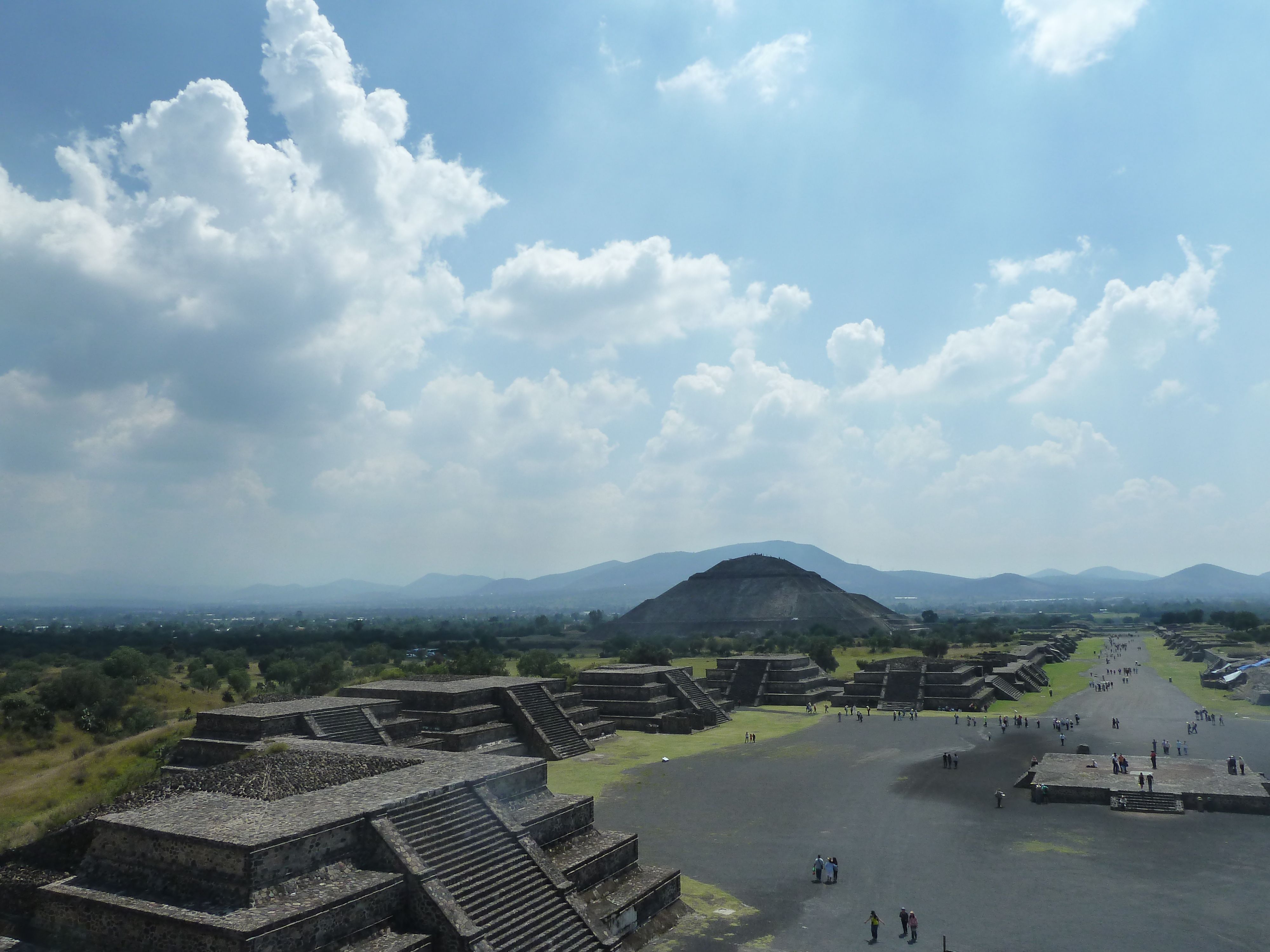 A stunning view from the Temple of the Moon.

Despite its size, Mexico City is a perfect destination for a city break. Most of its main attractions are accessible by foot and there are some decent options for a day trip or two outside the main urban area.

The highlight for me was indeed outside the city. About a 40 minute drive from Terminal Central del Norte (one of the four main bus terminals) is the ancient Mesoamerican city of Teotihuacan, home to two magnificent restored pyramids (The Pyramids of the Sun and the Moon) and many excavations of smaller buildings. These two pyramids and the main marketplace are connected by the Avenue of the Dead, which itself is adorned with smaller pyramidal platforms on either side.

Although the place is heaving with knick-knack sellers and tourists, it is a fantastic location to simply go, sit, and watch the world pass by. I spent about an hour perched on the edge of the Moon trying to imagine the city back in its heyday – priests performing rituals on the altars, common folk selling food in the markets, astronomers poring over star maps and of course the odd sacrifice or two. If you’re into the whole sun worshipping thing however, then it’s the Sun Pyramid that you’ll head towards in order to fondle some crystals, chant, sway and hold hands with others of your kind, all at the very zenith of the structure. 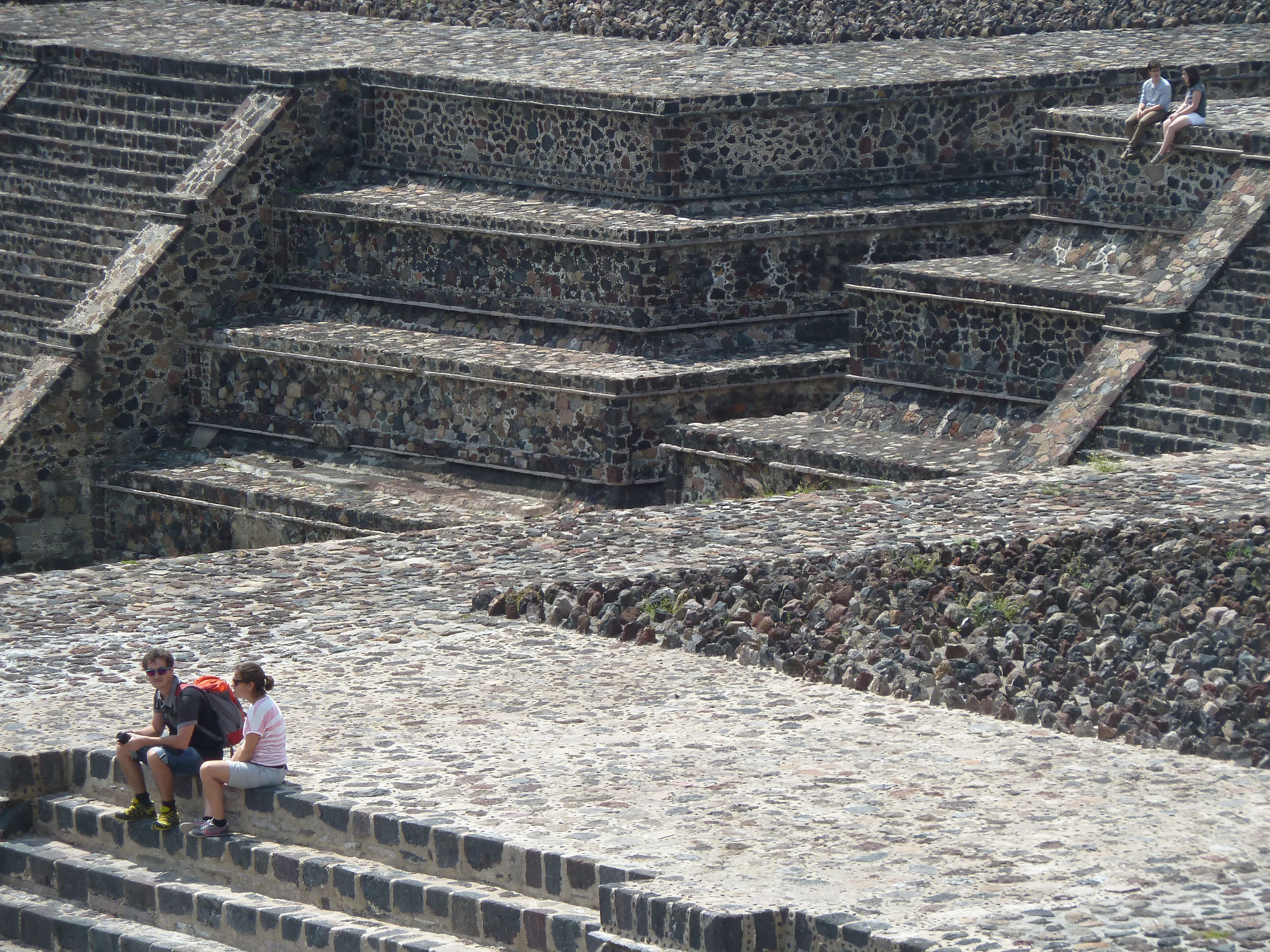 Taking a break at Teotihuacan.

The views were astonishing. I’ll let the pictures speak for themselves, but the more you stare and compare it with other sites across the region, the more it becomes clear how advanced the civilizations at that time were, not only in terms of architecture, but also science and communication.

Back in Mexico City, I was lucky enough to be staying with an old friend from university. He has been there for six years as a teacher and poet, has married a lovely Mexican young lady, is settling down with the recent news of his permanent residency and seems to be developing a never-before-heard GeordieMex accent. Sharing my experience with him and his wife meant that I was afforded a more local perspective of the city. In fact, I was positively welcomed into the community. We visited Jack’s parents-in-law, his wife’s cousin took me to visit the Estadio Azteca, his friend guided me back home after showing me his university campus, we went to a local restaurant for some terrific tacos, I got to experience the full glory of the public transport system and even watched some Mexican Sunday league football. And that was all before we even got to see the big tourist names of the city… 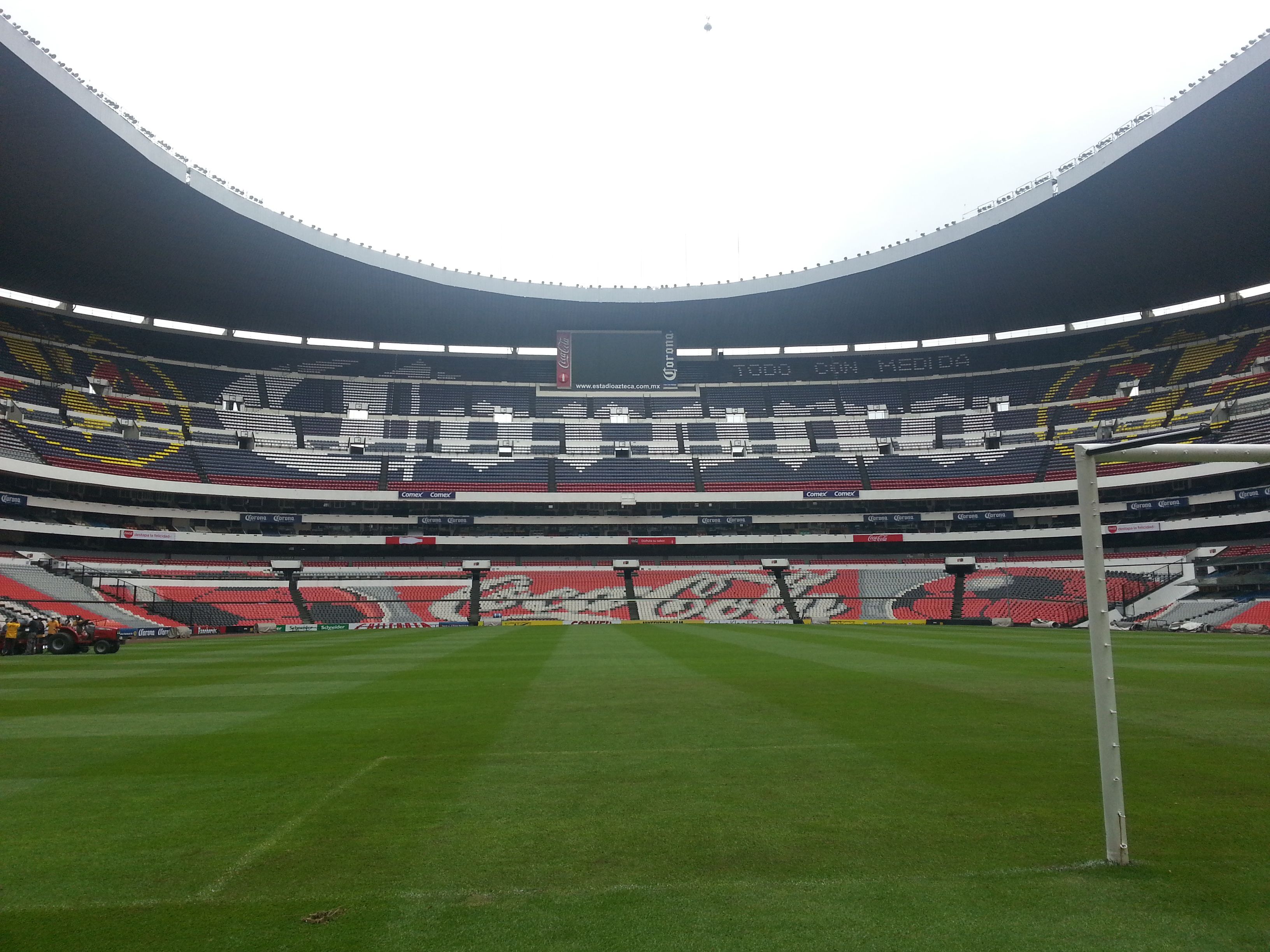 Inside the Estadio Azteca.

First up was the ‘Catedral Metropolitana’, the main cathedral in the centre of Mexico City. It is gargantuan. The interior seems to be covered completely in gold and the exterior is on the verge of ruins, with greenery taking hold of the mortar and giving the building an even more impressive air. The highlight of the visit was the tour of the roof, complete with a refreshing disregard of health and safety. Once at the apex, the views of the ludicrously enormous Mexican flag, flying in the main square adjacent, were something to savour.

We then descended through the impressive bell tower containing a recently pardoned bell that was originally ‘punished’-by-silencing for killing a young bell-ringer in the 1940s. Last but not least, we passed through a mysterious room designed so that whispers spoken to the wall could be carried 10 metres from one side of the room to the other with remarkable clarity – a strange experience indeed!

Once back in the square, the rest of the day was spent visiting other impressive buildings including the Palacio de Bellas Artes and the Independence Angel. The latter rises up amongst the skyscrapers of the CBD and above the Paseo de la Reforma, a street that was designed to resemble the famous boulevards of Paris. 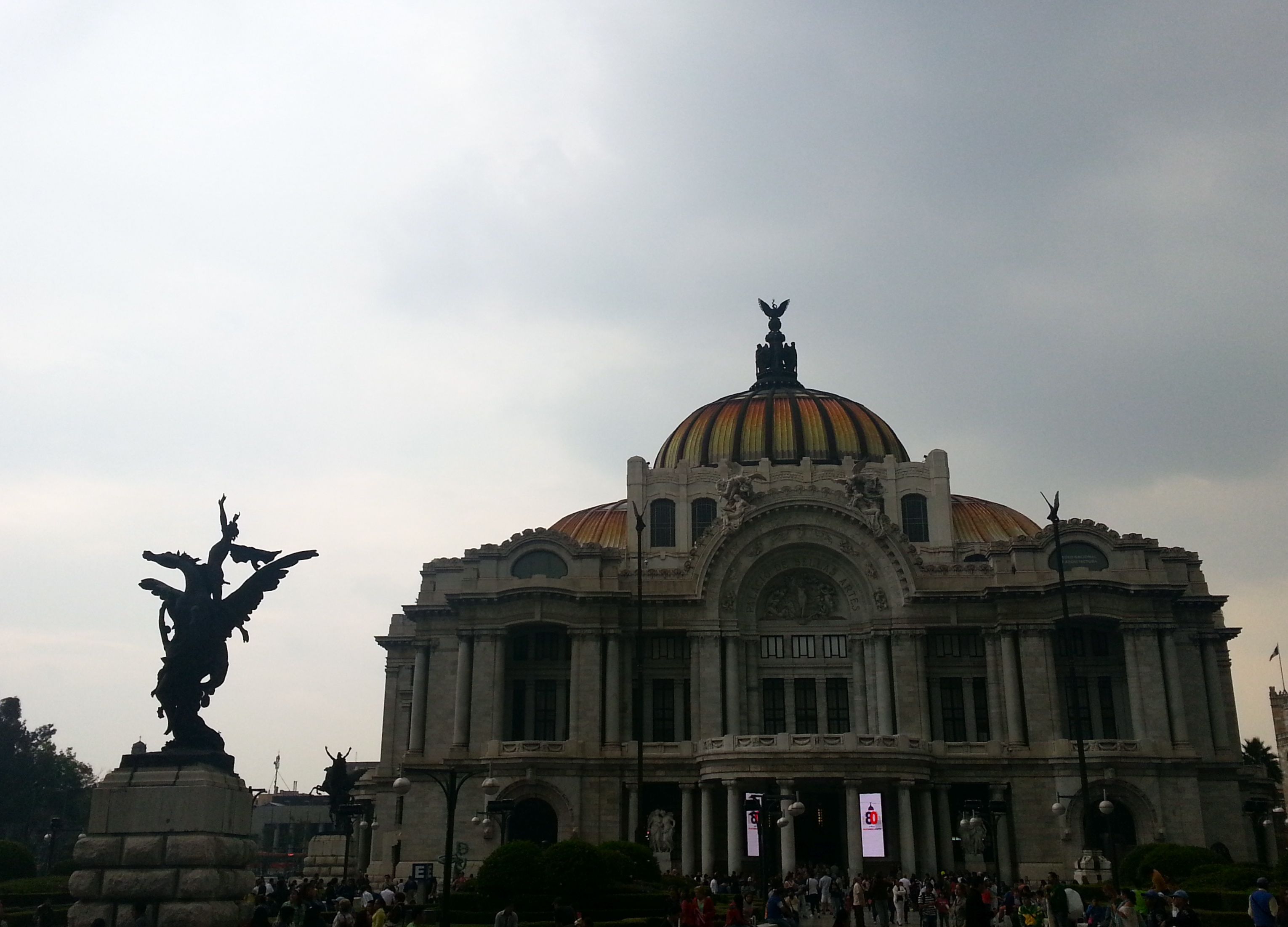 The next evening, my Mexico City experience was topped off with a seriously large and juicy cherry – the Lucha Libre , aka Mexican wrestling! On our way over there, I conjured up visions in my mind of colourful masks, theatrical fights, beautiful ring girls and fighting midgets. I was not disappointed with the real thing.

The noise from the only half-full arena was deafening as ‘good’ battled ‘evil’ and the crowd hissed and cheered at the extravagant characters. We were even lucky enough to be sitting close to a gaggle of off-duty fighters enjoying the proceedings in between selfie requests (us included!). It was fantastic – a trip to Mexico City would not be complete without a wander over to Arena Coliseo for this spectacle.

The next day I would be heading out of the capital and travelling south. I was very happy with my time in this great city, but can’t help but wish I had the opportunity to do one more thing, something that splits and unites the country at the same time: to witness a live Mexican football match at the Estadio Azteca. The passion, the atmosphere and the noise apparently have to be seen to be believed. This cauldron, which hosts Club America’s home games as well as the national team’s, seats a whopping 105,000 people, making it the third largest stadium on the planet (it was an impressive enough sight even when empty, let alone when it’s filled to the brim with screaming Mexicans). There would be nothing better than witnessing a Mexican victory and then heading down to the Independence Angel to celebrate long into the night with the crowds. Ah well, maybe next time.