An homage to Hong Kong

On a typical weekday evening during the school semester, before I went to university, I’d be busy setting off from school on my journey home. Going to school near Nathan Road meant I immediately found myself amidst bustling streets of never-ending streams of traffic, nameless faces rushing past in a blur, and an array of neon signs that seemed to set the night ablaze. This is exactly how the tourism board usually depicts Hong Kong – a vibrant city of countless novel experiences. As I would swiftly walk from the school gates to the MTR metro system entrance, I often thought to myself how those around me and I fit, like a piece of a puzzle, into this quintessential portrait of my hometown. Image by Ryan Miller on Pexels.

Living next to the airport meant the MTR journeys were always long. Commuting from line to line, I watched the number of people on the trains gradually reduce as each station approached. Sometimes the earlier sections of the journey were arduous, since everyone was packed against one another. It was suffocating, especially during the summer, but at the same time there was always the thrill of imagining the stories behind strangers standing next to you and wondering, whether you would ever cross paths again. When I would get bored of scrolling through my phone, I’d look out the window and sometimes spot the industrial buildings of Kwai Chung, the graveyards that gaze wistfully upon Tsing Yi, or the large stretch of sea spanning all the way across to Macau. As nature began to unravel itself, the journey began to provide a sense of serenity and tranquility. The hustle of Kowloon was nowhere to be seen, and in its place were great planes, an ocean and the palm trees that marked the gateways of Disneyland. This was the side of Hong Kong that was unimpressive and less known than the dazzling skyline of Victoria Harbor most commonly found through a Google search. But this side of Hong Kong meant to me something a Google search could never show – it meant home. 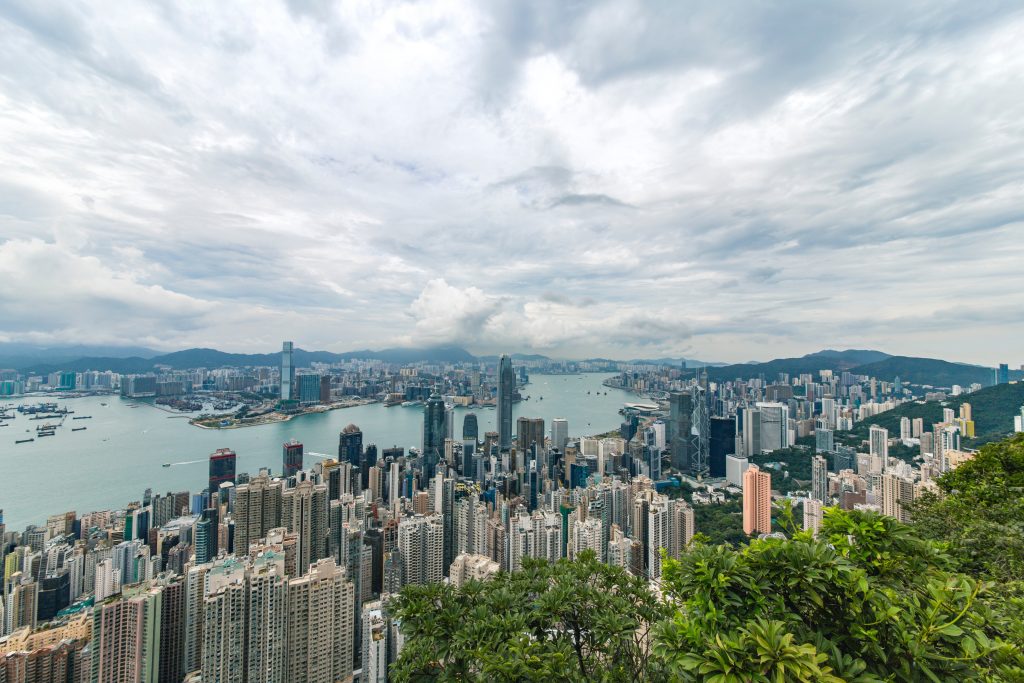 Image by Jimmy Chan on Pexels.

My childhood home overlooked the renowned Hong Kong harbor. One of the most vivid memories of living there was the Dragon Boat Race held at the harbor every year during the Dragon Boat Festival. At 8am we would be woken up by the fervent chants of participants as they rowed along with zeal and resolve, jointly raising their arms to paddle against the morning currents. Their fervent spirit is sometimes referred to as the “Lion Rock Spirit”. While the Lion Rock is one of Hong Kong’s many famous hiking attractions, it means much more to Hong Kongers. As a symbol of our identity, it’s believed to be a materialization of our spirit to persevere through the most unrelentless of circumstances, hand in hand with solidarity; it means gritting our teeth through anything and everything, and surviving together. 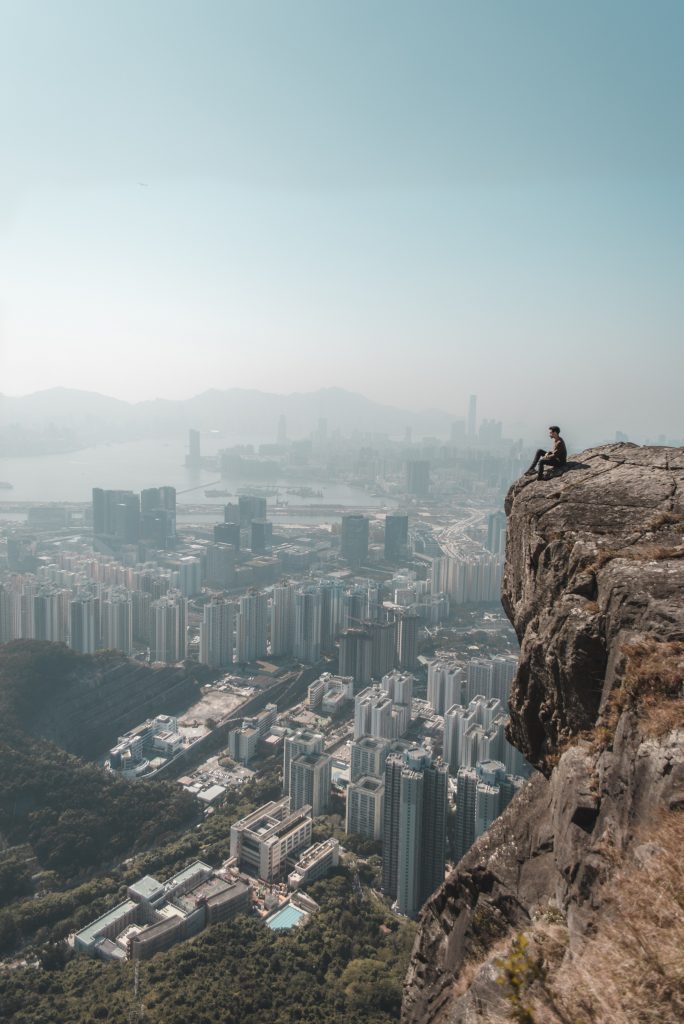 The view from Lion Rock. Image by Alex Azabache on Pexels.

Hong Kong also encompasses a seamless blend of old and new traditions, of novelty and nostalgia. Take the heart of the city, the Central District, for example. Central has a ton of modern skyscrapers, most with perplexing geometry and striking glass architecture. As one enjoys an afternoon in Tamar Park, shielding from the summer heat among the jagged shadows of the LegCo complex, the city sometimes feels almost like some animated futuristic suburbia. Just streets away, however, you can spot the narrow, winding roads that wrap themselves around The Peak, known as the Mid-Levels, connecting the Central District with the Victoria Peak hill on the western part of Hong Kong island. The winding streets of the Mid-Levels are scattered with local shops that bridge the gap between the present and the past, graffitied with tales untold and connected by a secret maze of stairs which only a local can maneuver their way around. The stark contrast is poignant. While the polar differences between the small shops and dazzling skyscraper skylines offer a vivid portrait of Hong Kong’s past, they also paint the great wealth disparity and inequality still persisting in the city today. The duality is noticeable, to say the least, but it continues to embody Hong Kong. 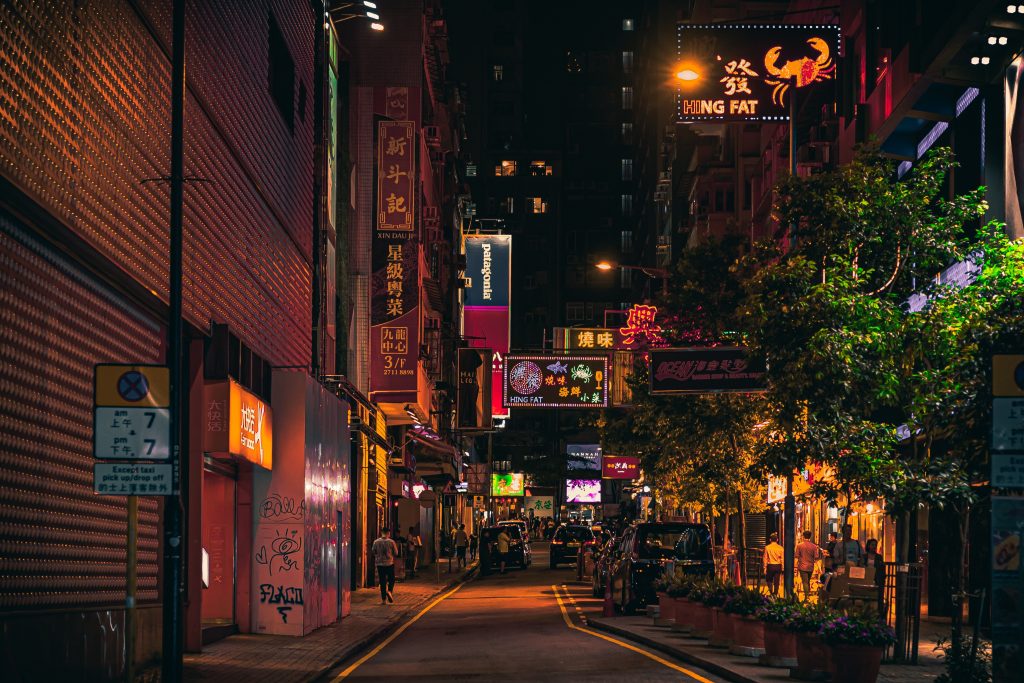 Image by Alexandar Pasaric on Pexels.

My hometown is far from perfect, but one could say its flaws, at least some, make it what it is – a city I grew up in, a city I will always love. Not only for the fond memories I have of it, but also for the fun fact that Hong Kong has the absolutely best food – a fact confirmed by Durham’s cuisine! The contrast of past and present, as well as being a global hub, means Hong Kong has everything, from obscure cafes to fancy haute cuisine, from flagship restaurants to local street food. The bottom line is, Hong Kong will never disappoint. Whether you’re looking for a city of contrasts, or just a place to quench your appetites, my hometown is a place of wonder. The cafes I used to visit and boat races I used to watch remind me to this day of this, and every time I remember Hong Kong, I’m proud to call it my home.