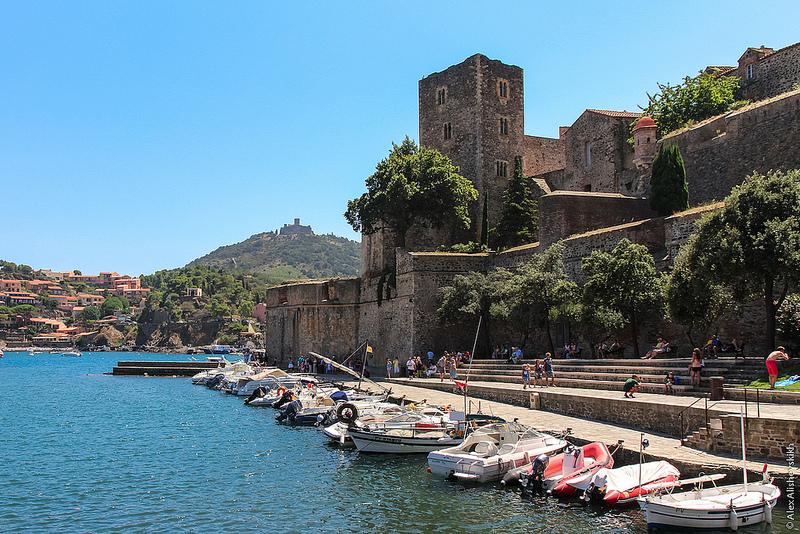 As the reality of Epiphany term sets in and the proximity of deadlines becomes increasingly apparent, the summer holidays begin to look like a far-off dream – a fantasyland that can only be reached via the seemingly impossible traversal of two terms and an unthinkable number of exams. But fear not! Here at The Bubble we’ve realised that the best way to fight off those post-holiday blues is through looking forward to the next, and thus here we offer up a list of Durham students’ top picks of travel destinations for 2014. Whether you fancy a weekend away in the sun or a more adventurous expedition, you’re sure to find something here to whet your appetite and get you away from those essays and into the real world…

A holiday to the south of Spain would usually conjure up images of sun, sea and sand, with flocks of British tourists making their way to Málaga airport every year to spread themselves out along the Costa del Sol. Yet what these tourists miss in doing so is the incredible diversity of Andalusia that lies in wait beyond its famed coastline, and nowhere more so than in Córdoba – the city of the three cultures. Once the capital of the Muslim state al-Andalus and one of the most advanced and populous cities in the world, still boasting one of its most stunning mosques, you have only to step into the winding, cobbled streets of the Jewish Quarter to find one of Spain’s best-preserved synagogues or walk the river at night to admire the lights of the Roman bridge reflected in the Guadalquivir. This history of cultural interaction remains to this day in the UNESCO world heritage site that is the historic centre, the second largest in Europe, as well as in the plethora of festivals that take place throughout the year. From the stereotypically Spanish flamenco and feria, to the Andalusian specialty of intricately-adorned patios and international celebrations of poetry and film, it’s not known as the ‘ciudad de encuentro’ for nothing. So what are you waiting for? Book those flights and begin an adventure into the true heartland of España….

“Collioure, Collioure, le bijou de la région!”(Collioure, Collioure, the jewel of the region!) You probably don’t need much persuading that the south of France is a good place to visit. But then that’s a pretty extensive region to suggest – I’d like to recommend that you’d head specifically to the Catalonia of France, the land of the people at the end of France and the beginning of Spain, in the sunniest region of the country. More specifically I’d point you in the direction of a small coastal town, Collioure. The locals can’t stop talking about it, the tourists can’t stop visiting it and the place just won’t stop looking beautiful. Almost at the feet of the Pyrenees, Collioure is a town of pastel-coloured French houses, cosily close together offering winding passage ways between their walls and reaching down into the sea where welcoming stone walls proudly protect the town centre. An ancient castle sits majestically over the town and a clock tower frames the sea which rolls in to meet the sandy edges of restaurants and bars all along the shoreline. In sunshine the town is brimming with life, the yellows and reds of the Catalan flag bursting from street corners, and even in the rare greyer moments of this region, an extending pier and chapel offer spectacular standpoints for watching the waves crash against this well-loved place.

Ever fancied crossing Somalia and arriving in Gabon? That’s pretty much what Marsabit feels like. You’ll be told not to journey there at night without alert armed escorts, and trust me you’d better heed that advice! But then one can always travel during the day time, right? Drive for several dusty hours in a desert populated by Somali tribes who ask you for water, and you’ll eventually see a looming mass of dark green volcanic imposture. The height of this mountain traps the rare passing cloud, enough to allow a tropical primary forest to reclaim some 80 square kilometers of land. Almost more unbelievable than the site itself is the fact that it has been preserved despite the huge pressure for water and arable land. Within the national park sits a charming decrepit lodge and two crater lakes. It is said that the elephants with Kenya’s largest tusks share the forest with the birds and buffalo. Even if you only spot the elephant tracks and the broken branches they’re responsible for, the unbelievable fact of standing in a jungle in the heart of the desert makes Marsabit well worth the (perilous) journey!

One of the most beautiful European cities and less than two hours away by aeroplane, Prague is the perfect getaway, whatever your plans. Home to stunning gothic architecture, the world’s only working astronomical clock and the biggest club in central Europe, Prague has a lot to offer. If it’s a romantic getaway that you’re looking for then Prague has many nice restaurants and some spots for that compulsory snogging selfie. Karlovy Lasne is the biggest club in central Europe and is spread over five floors. There are also loads of bars, and one of Europe’s most famous pub crawls. But the best thing about Prague is how reasonably priced it is! Beer is cheaper than water and delicious local cuisine can be purchased for very little. Prague at Christmas is even better as it has been influenced by Bavarian culture and has fantastic German Christmas markets in the Old Town Square. The Jewish Quarter is worth a visit for a bit of cultural history as well!

Situated just 90 Minutes from London on the Eurostar; Lille is one of the most diverse cities in France and yet is usually overlooked by holidaymakers. However, if you are willing to give this delightful city a go there is plenty it can offer the discerning traveller after that quintessential city break. Just minutes away by car or train from the Belgian border, Lille offers a unique cultural blend distinctive to the northern region. In an area famed for its high quality beers and wonderful Moule Frite, you’re certainly not going to be stuck for choice of a wide range of diverse clubs bars and restaurants! The area is also steeped in history – why not cycle to nearby Ypres, not only a wonderfully easy bike ride over pleasant Flanders countryside, but also a chance to visit some key battlefields of the First World War, topped off by some incredible museums, a visit in late August or early September is highly recommended, when the entire city centre turns into a giant flea market! People from all over France flock into Lille for the well-kept secret to grab bargains and to pick up that intriguing trinket, you’ll be amazed by what’s on offer! Why not take part in the semi-Marathon across one of the largest municipal parks in the country, and take a gander at the free zoo while you’re there? If you’re after a Christmas break, then come see Lille’s highly-recommended Christmas market, sure to get you in the festive mood. So if you want a unique, fun, Comfiture-packed break on the cheap, why not give Lille a go?