Last year I went on a ‘slum tour’. It’s a travel confession I’ve never really aired and have made great efforts to conceal. Paying for a two-hour excursion to gawk at other’s misfortune is hard to justify. Yet how is it possible to truly understand a city if you only engage with its glossy bucket list attractions? On a sweltering Wednesday afternoon, I took myself to the edge of Dharavi, Mumbai’s infamous central slum, to try and make sense of the city’s less prosperous side.

Home to almost a million people, Dharavi is an unmissable 500-acre blotch in the heart of India’s most populous city. Formerly Asia’s largest slum (the title recently swiped away by Orangi Town on the outskirts of Karachi), the area is renowned for its cramped living conditions and booming recycling industry. Whilst many parts of Mumbai feel greatly removed from the colonial grandeur of downtown Colaba, crossing the railway bridge into the heart of the slum takes the city’s multisensory overload to another level. Livestock roams the littered streets whilst young men and women rush past, bent double from the weight of their plastic sacks. Our guide Rakesh, smartly dressed in a company branded blue shirt and formal trousers, chaperones us through the labyrinthine warren of alleys, barely wider than my shoulders. A former Dharavi resident, his aim is to present the slum in a more positive light than its common media portrayal.

Before long Rakesh leaps through a corrugated iron door to our right and we extract ourselves from the steady flow of people outside. As our eyes adjust to the light, we discover the sea of blue plastic fragments under our feet, recently sorted by the line of men sitting cross-legged on the far side of the room. With an estimated annual turnover of over $1 billion, the recycling industry in Dharavi is serious business. Up to INR 15,000 (£165) can be earned on a monthly basis, a salary comparable to more formal lines of employment such as hospitality or retail. Whilst workers are unlikely to be native Mumbaikars, accommodation space is provided above the workshop floor with, as Rakesh is proud to showcase, access to a high-speed internet modem.

The remainder of the tour continues in a similar fashion. Neighbourhoods boasting different industrial hotspots from leather tannery to pottery are all uncovered. By the time the 2 hours draw to a close, we arrive back at the tour company’s office, our t-shirts drenched in sweat from the 40-degree heat and our minds filled with positivity about Dharavi’s little known prosperity. As Rakesh reaches the end of his farewell spiel, we leave our comments in the visitors’ book and make our way back to the comforts of our uptown accommodation. Slums seen, explored and ticked off from the city’s list of ‘authentic’ tourist experiences. 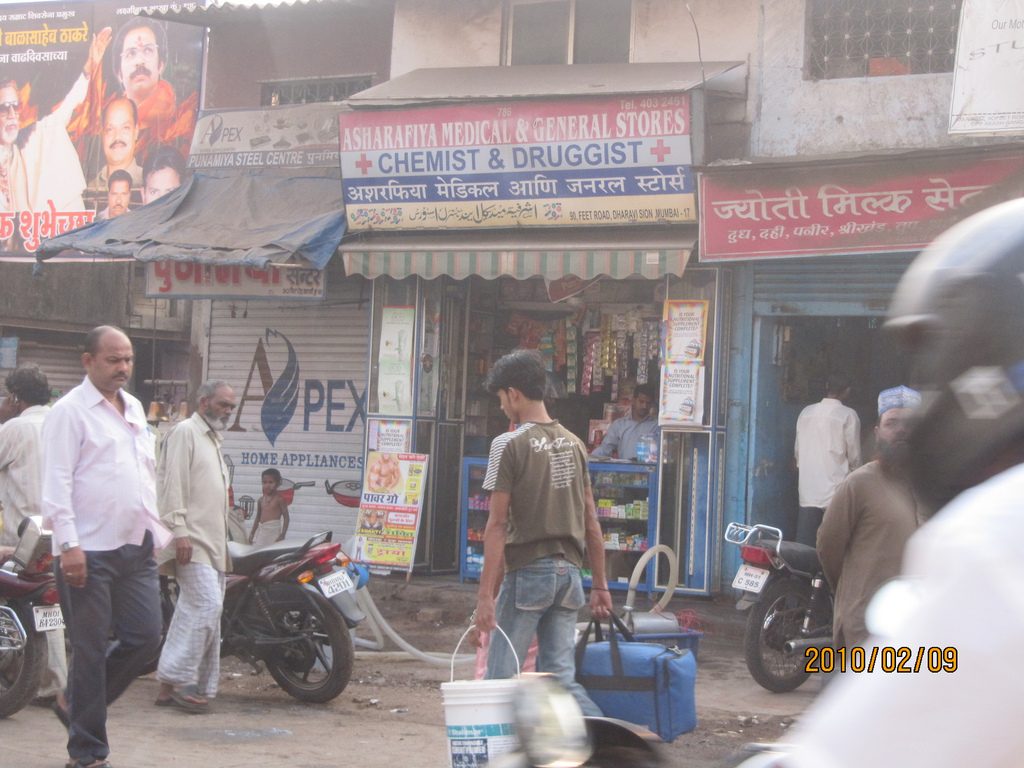 Despite the tour’s aims to provide an educational experience for its participants and feed profits back into the community, I was left feeling uncomfortable about the whole endeavour. I had been given such a brief snapshot of this part of the city, exposed to a well-planned route deemed fit for western eyes to see. If this was my main issue, then there are certainly other options to broaden the experience. A hotel has recently been set up in Dharavi’s densely packed centre, offering tourists a chance to experience ‘life in poverty’ for $40 per night. Whilst it may be with good intent, it seems wrong to suggest that anyone could gain a genuine understanding of the hardships faced by Dharavi’s residents when the opportunity to pack our bags and return to modern-day comforts is just around the corner.

I also felt my motives for going on the tour were also highly questionable. I’d nearly gagged at the slum’s overbearing smell whilst stepping off the plane in the city’s glossy new airport and sped past it many a time in an airconditioned Uber. It seemed wrong to blank out the city’s less attractive side yet could a 2 hour tour actually absolve my guilt about Mumbai’s shocking inequality? The act of trudging past people’s homes and workplaces, peering into their lives with a seemingly transcendent gaze to judge and pass comment on their poverty struck me as abhorrent.

It would be hard to deny that slum tourism does bring some benefits to Dharavi, even if they are few and far between. The reinvestment of profits into community projects and the level of job creation from increased visitor numbers will inevitably improve some residents’ livelihoods, admittedly in an unequal manner. Yet the social damage of normalising poverty tourism as a means by which wealthy visitors from the developed world can come to terms with other people’s hardships is a far greater concern. In hindsight, my trip to Dharavi is an experience I will always regret.