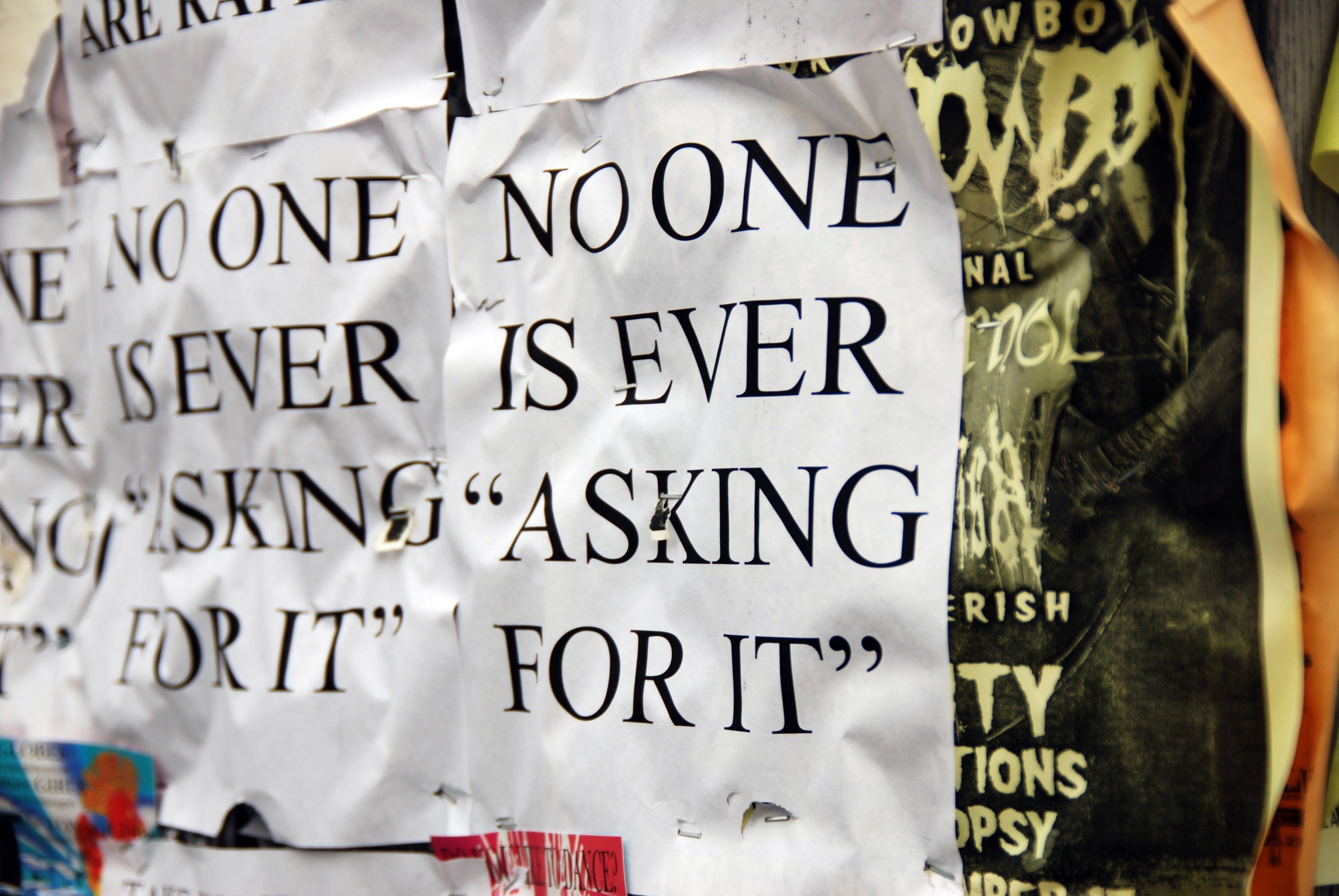 Consent is sexy after all

The tragic news of the Isla Vista shooting near the University of California, Santa Barbara on the 23rd May left me reeling. Yet again a senseless act of violence committed by a person with more access to firearms than to mental health services. I felt a mixture of immense sadness, frustration, and helplessness. Then the shooter’s motive came to light: raging misogyny. Misogyny so powerful it compelled him to write a 140-page manifesto filled with the most dehumanising hatred, before driving to a sorority house to kill women.

As I read news story after news story, blog post after blog post, Facebook status after Facebook status something started to happen. Women and men began to tell their stories using the hashtag #YesAllWomen. The stories of rape and domestic violence were heart-breaking and disturbingly common as were the stories of everyday misogyny and rape culture: the catcalls, being groped in pubs, aggressive reactions to rebuffing unwelcome advances, threats of violence and rape.

The Ministry of Justice published a report in 2013 based on the Crime Survey for England and Wales for the years 2009–2012 which stated that approximately 404,000 women and 72,000 men are the victims of a sexual offence annually. The report goes on to state that one in five women over the age of sixteen reported being a victim of sexual offences ranging from sexual threats to rape. These statistics do not include those offences that went unreported.

I began to think of my own experiences as a woman trying to navigate in a society that condemns misogyny in one breath, while asking a woman what she was wearing when she was attacked in the next. I thought about being taught not to wear short dresses, never leave your drink, and to yell fire instead of rape. I remember being shouted at from passing cars as I walked down the street, hearing men refer to women as “receptacles”, and having to push a guy away who had forced his lips onto mine.

Surely since I had come to Durham, I hadn’t experienced any of these things. This is a diverse, well-educated community after all. Then it hit me as a series of recent memories began flooding my mind. Receiving catcalls while walking home from lectures; listening to a friend recount being physically assaulted and seeing the remnants of her torn dress; hearing someone laugh in the pub during movie night when one of the male characters tried to take advantage of his girlfriend; sitting in a lecture where the guest speaker, a woman I might add, said that we women were in the wrong field to find husbands – as if that is why I came across the world to a top university.

Yes all women, everywhere, even in Durham.

The world won’t change overnight. Changing the hearts and minds of people takes time, but we as Durham students have the opportunity to take a stand against rape culture and domestic and sexual violence in our own backyard. The insidious thing about this type of misogyny is that it has become so common place as to almost fade into background noise. When you have been catcalled hundreds of times, you begin to accept it as normal. We all need to retune our frequencies and pay attention to our everyday interactions and address this type of hate speech and violence when we see or hear it. Things like blaming rape victims by saying “she was asking for it”, trivialising sexual assault with the all too common phrase, “boys will be boys”, telling sexually explicit jokes and jokes about rape, equating femininity with passivity and weakness, pressuring men “to score” while pressuring women not to be “cold”, and assuming that men don’t get raped are all part of rape culture. I’m reminded of a statistic that was bandied about at almost all of my college’s welcome events that 70% of Ustinovians meet their spouses here. That’s great and all, but what sort of pressure does hearing that statistic over and over again place on both men and women?

So how do we combat this? By educating ourselves and by not staying silent. Sexual assault prevention and education should be a mandatory part of orientation. All students should be aware of what rape culture is, what consent means, and how to prevent and report sexual violence. Students should be made aware of services provided by the college and university to those who have experienced sexual violence and how to access this care. We all need to take a stand against misogyny and rape culture. If you hear someone making a rape joke, trivialising sexual assault, using language that objectifies women speak up! Let them know that what they are doing is out of line. If the woman you are chatting up at the bar politely refuses your advances, take her no as a final answer and not as the start of a negotiation. Redefine for yourself what it means to be masculine or feminine. Don’t rely on media messages for these definitions. We’re all doing advanced degrees, we are all smart enough to realise that being masculine does not have to mean being aggressive nor feminine passive. Be enthusiastic about consent. Don’t wait for someone to say “no”; make sure there is an active “yes”. Consent is sexy after all. If a friend tells you they were assaulted believe them and be supportive. Gently encourage them to report their assault and seek counselling. Realise that this is a complex issue which affects all of us differently across genders, nationalities, religions, and politics. We can all make a difference. Share your stories. Raise awareness. Fight the culture.

If you or someone you know has been the victim of domestic or sexual violence, there are services available through the university.