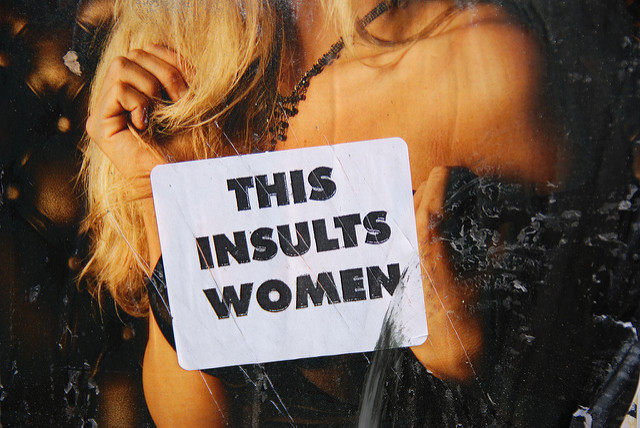 I want to share a story with you. Yesterday, my uncle took my male friend and I to see an art studio he is a part of. As we looked around he introduced us to a couple of his fellow artists who began to chat excitedly about what art they had sold recently. My uncle remarked that he had finally sold one painting that had been popular among young women – one of his colleagues then remarked that, to be fair, women do love shopping.

A silence fell. The artist then continued to substantiate his claim by talking about how it’s true that women shop far more than men, take so much time doing it, how long you have to wait for them etc. The silence rang. After a couple of minutes of this I interjected that this stereotype arises partly out of colonial history – that with the rise of consumerism came early forms of female social power, as women (who did most if not all of the shopping for the home) suddenly could take their business elsewhere with the rise of multiple stores and products, so merchants would have to appeal to women to keep their custom. The artist laughed this off saying something to the effect of ‘that’s not a great power is it’ to which I replied: beggars can’t be choosers. He then asserted that ‘things are better nowadays though, yeah?’ to which I also replied: beggars can’t be choosers. Everyone else remained silent until the conversation was moved on.

This situation is remarkably illustrative of the fact that sexism is by far the most acceptable ‘ism’ I encounter. I am by no means saying that racism or LGBTQ+ intolerance is not a big problem that we shouldn’t continue to fight – what I am saying is, in my middle and working class circles, making a severely sexist remark will not stop all the clocks. Imagine the above situation, but instead of me being a woman with a shopping remark, replace me with a person of colour with a relative racist remark – there is no way that I, or the people I know about me, would have remained silent. I am confident of that with my family and friends at least, though I know unfortunately I can’t speak for everyone. However, there I was – being subjected to the inane sexism of this supposedly free-thinking artist whilst my friend and family member stood there in silence. Their meaning was clear, as it has been on countless similar occasions – standing up for equality against said speech was less important than breaking into an awkward conversation and hindering the social occasion.

After leaving, I tried to explain how I was feeling and how the day was off to such a good start before this artistic genius aired his views. My male friend was listening, allegedly, but without looking me in the eye – when I asked if he was listening, he replied that he was but was distracted by the sights around him. Would he have written off my complaint so easily if it was something other than every-day sexism? The day wore on and I had to forget about it, as God knows it wasn’t a big deal for anyone else.

The comment itself isn’t a big deal alone – it’s the fact that they’re regular, unchallenged and slowly pervade into good people’s mindsets. I’ve found that several Durham University students have rightfully faced punitive measures for outright racism or homophobia, yet it’s not infrequently I hear some pretty remarkably sexist ‘banter’ bandied about and it’s a drop in the ocean. Women cross all classes and cultures – we’re just over half of the entire population of the world. Power to the strong women who are also people of colour or part of the LGBTQ+ community. We’ve been world leaders, fought in wars, wrote great literature, made scientific breakthroughs – are we still just shoppers, ball-and-chains? I don’t seriously think that many, if any, of my peers actually believe this – yet the language is allowed to proliferate so not to put certain people’s noses out of joint. But as long as these comments are met with silence, they are excused. Sexism is acceptable, but shouldn’t be.