Ruby Tandoh and the forcing of the lesbian label 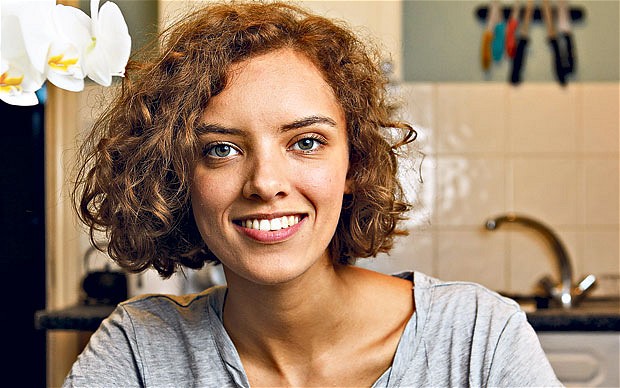 I like to tell people that I am a massive fan of the Great British Bake off, having previously described it to my American relatives as “my version of football season”. However, in reality, I’ve only watched two series of the show, the series featuring Ruby Tandoh being my first. As many people are aware Ruby “came out as gay” recently. What less people are aware of is that she didn’t actually come out as gay, she just came out.

To give you some context, she came out over twitter and Diana Ross song, tweeting this: 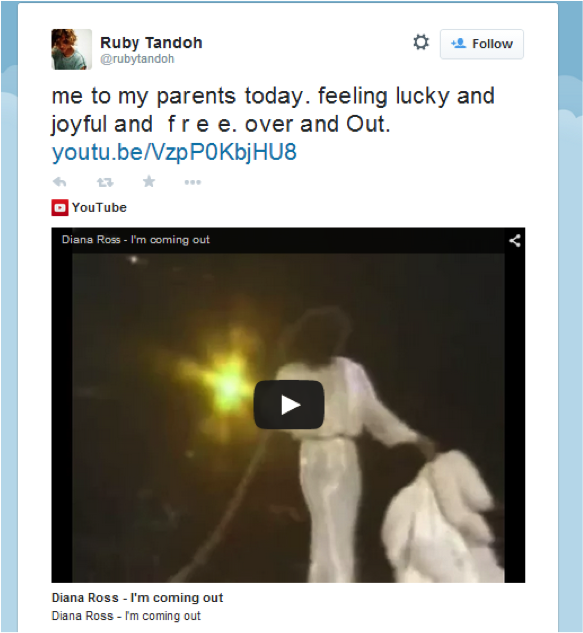 Her announcement was met with a lot of positivity and support, which is fantastic and makes me incredibly happy. But the first thing I noticed about her announcement was that she hadn’t stated what part of the LGBT* spectrum she identified with, but she did later tweet the following: 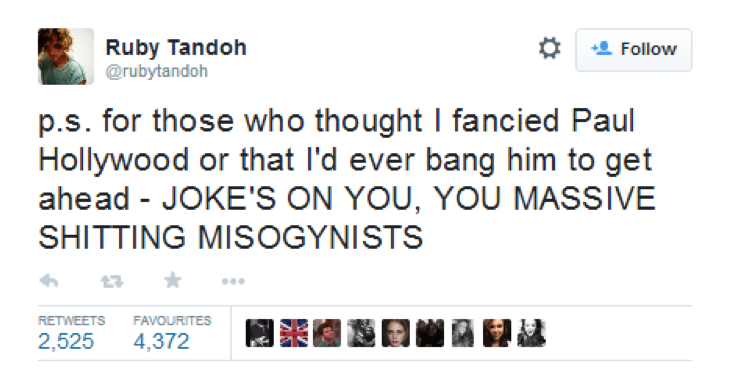 Many people interpreted this tweet as implying that she wasn’t attracted to men, and that as a result she was probably a lesbian. Guiltily and ashamedly, I admit to following this thought process and telling my sister “Ruby from Bake off is probably a lesbian”. While I willingly hold my hands up and admit that I was one of the people who thought this, I also know that it was wrong and I’m ashamed of myself. To begin with, it is a perfect example of asexual eradication (as that would also explain her not being sexually attracted to men), but furthermore it was an example of people (myself included in this case) trying to force a label onto someone who has expressed no interest in being labelled. Ruby would not have rushed her tweet or typed it on a whim; it would have been thought out carefully, and as a result, the exclusion of any reference to a label would have been deliberate. However, this deliberate omission wasn’t respected.

Coming out does not necessarily mean coming out as gay. The LGBT* spectrum is much larger and contains many more identities than just gay and lesbian. Just because Ruby has referred to herself as ‘out’ doesn’t mean it can simply be assumed that she is gay. Later in the day she referred to herself as living a “queer life” in an incredibly well written article entitled “How Pretty in Pink Helped Me Discover My Queer Identity”. Yet again this article makes no reference to her identifying as gay or as a lesbian, only using the word queer. However, in the majority of cases, both the public and medias’ reaction to her coming out have attached this label to her. This links into a much larger theme of labelling people. While it is true some individuals choose to identify their sexuality (for example, I identify as bisexual), and doing so is completely fine, it is not fine when people assume the identity of someone else, and it’s even worse when they project it on to that person.

Conchita Wurst recently did an interview in which she stressed the importance of how “we need to stop talking about sexual orientation”, and describes that point as “a big goal”. This ties into Ruby’s coming out, and how she never spoke about her sexual orientation or used labels. While it does seem natural for people to want to label others and categorize their peers, it’s not an accurate system, as there are people who don’t naturally fall into the categories that exist; in these instances, it’s inappropriate and unfair to force these people into one of the existing categories. The brilliance behind Ruby’s coming out is that by not speaking about sexual orientation, she has specifically drawn attention to how she hasn’t spoken about it, and as a result has succeeded in drawing attention to the existence of individuals who choose not to label themselves, and choose not to identify.