Rise of the Big Butt 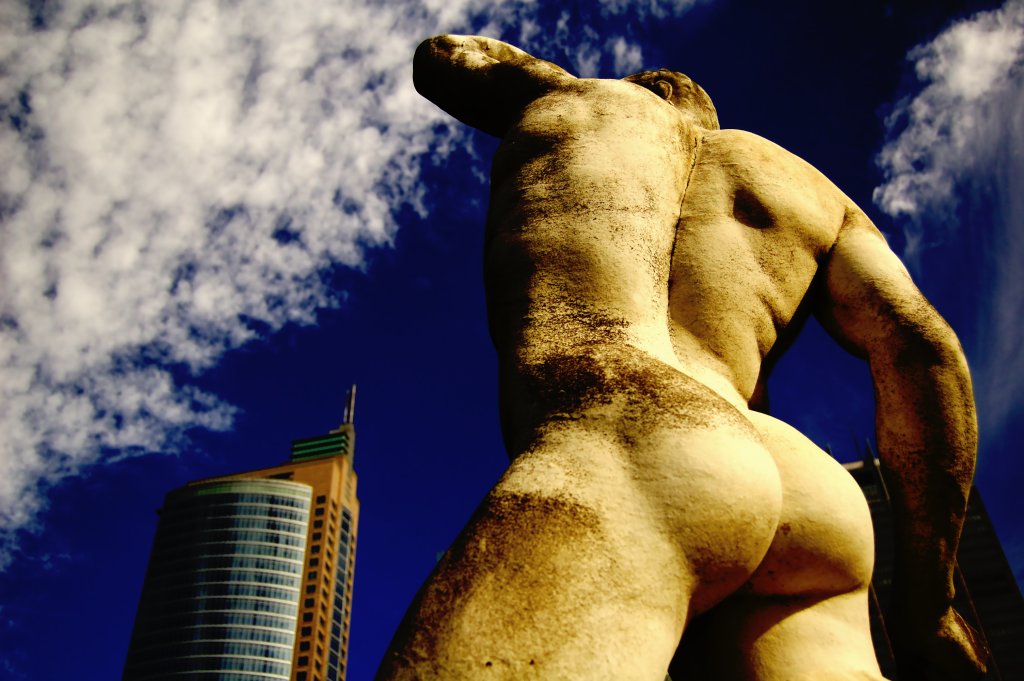 ‘Cause my body’s too bootylicious for you babe’

It seems as though mainstream culture has a new obsession: people cannot stop talking about curvy butts. This phenomenon is something that has been developing for a while now, the apex to date being the release of ‘Booty’ by Jennifer Lopez and Iggy Azalea, a video which has over 54 million Youtube views, likely due the video’s almost exclusive filming of their bums, rather than the song itself. The song almost reached a level of parody, with lyrics such as ‘I’m queen big booty Iggy, now find me a bone to sit on’, with the original Pitbull version displaying his lyrical talents with ‘Booty, booty, booty, booty, booty everywhere.’

Kim Kardashian can perhaps be credited with bringing curvy bums firmly into the public consciousness, with her frankly amazing derriere. Her Instagram posts have provided inspiration for many to take up the popular squat challenge and her arse contributed heavily to her family’s rise to stardom. Miley Cyrus, though not particularly curvy herself, also gets a nod for bringing twerking into the spotlight with her infamous VMA performance.

As mentioned, this big bum culture has hit the music industry in a massive way. One example is the hit single ‘All About That Bass’ by Meghan Trainor. Many people have criticised song’s apparently anti-feminist stance with the lyrics ‘skinny bitches’, furthering the skinny versus curvy war that we’ve seen in the media. The line appears relatively harmless to me, although there is definitely a double-standard when it comes to size-shaming; it is acceptable to comment on someone’s ‘skinniness’ to their face, but it’s horribly insensitive to comment if they’re fat. A more viable criticism of her lyrics comes from those who’ve questioned her association of perfection with male approval.

Then there’s ‘Anaconda’ by Nicki Minaj (a reworking of the original ode to big butts ‘Baby Got Back’) which is again about men not wanting women unless ‘you’ve got buns, hun.’ Minaj, perhaps unfairly, has not faced the backlash which Trainor has despite lyrics which similarly rely on male approval. This is likely due to Trainor’s attempts to empower women by – quite rightly – criticising the use of Photoshop in media. People accept what are often fun if vapid lyrics from rapstars such as Minaj, but if you’re trying to take the moral high-ground you must be consistent. The world of pop music has also seen more amusing recognitions of the trend, with Miley Cyrus and Katy Perry using novelty bums as performance props.

Although the popularity of twerking has died down somewhat in recent months, it has certainly not been forgotten. ‘How to twerk’ remains a top Google search and there is a plethora of videos showing (mainly) women twerking in new and creative ways. Recently, a kindergarten teacher in America quit her job in order to twerk professionally. She found she could make more money through posting Vine videos of her talent. ‘Jessica Vanessa’ already has two million followers on her Vine account and has been billed as the world’s ‘number one twerker’, whatever that means. While this points to some unpleasant facts about our society’s financial structure, it proves the extent to which the trend has caught on.

An often ignored question is what does this new fashion mean? An article by Yomi Adegoke for Comment is free questions ‘Why does a black butt only look good in white skin?’ The fashion magazine Vogue, renowned for featuring photos of extremely skinny women, recently published an article on the merits of a larger behind. Adegoke responds: ‘So the attributes that black women have so long been shamed for have finally been given the Anna Wintour seal of approval due to a new Aryan aesthetic?’ It is a worrying thought that this has only become fashionable due to its displacement from African-American women, especially when it is primarily associated with the non-black women Kim Kardashian, Nicki Minaj and Iggy Azalea. It is my belief that the fashion industry should stick to changing trends in clothes, leaving women’s body shapes well alone by showcasing a variety of sizes in magazines and on the catwalk.

We’ve come a long way from the ‘Does my bum look big in this?’ fear a few years back. It is undeniably yet another fashion trend which is just as unattainable for women – unless you are truly committed to the elusive squat challenge – as the so-called heroin chic of the nineties. Our concept of beauty and sex appeal will always change over time, but this trend looks like it’s here to stay for the near future.