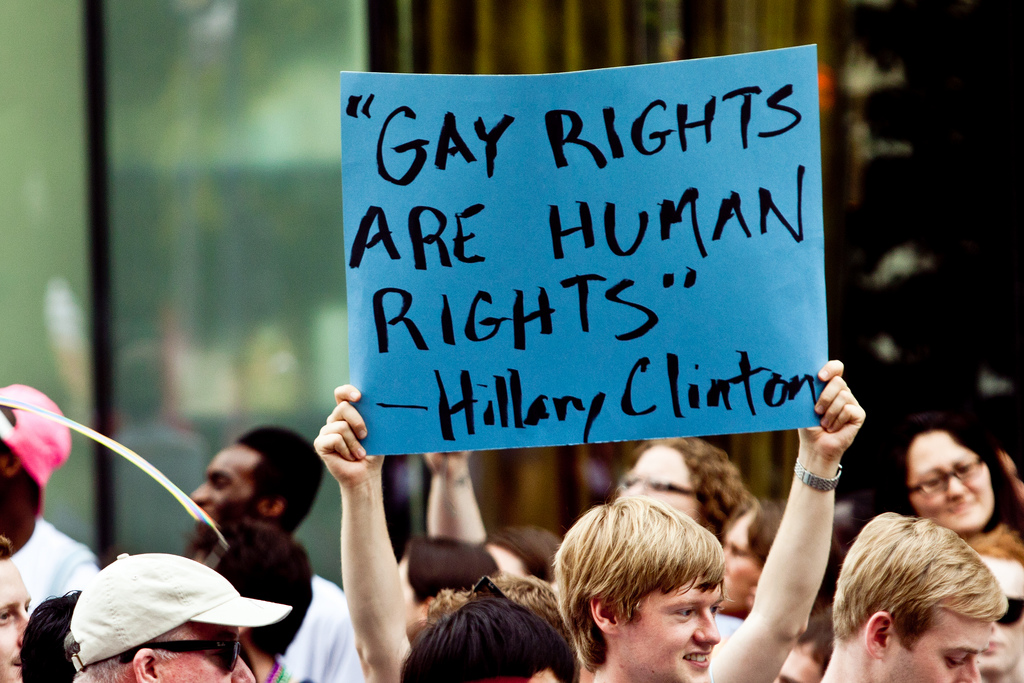 When will the discrimination end?

Last month, Indian’s Supreme Court delivered a massive blow to gay rights: they were recriminalizing homosexuality. The law forbidding homosexual relations was first put in place 153 years ago and was overturned in 2009. Now it is once again against the law to have gay sex in the world’s biggest democracy. The recent events have rightly caused outrage amongst gay rights activists and I can’t help but feel saddened at this step-back in achieving equality. The burning question is why is India moving backwards not forwards and not only allowing discrimination, but actively condoning it?

Since the law was changed a few years ago, some religious and political groups have petitioned to get the law reinstated. One of these groups is the Bharatiya Janata party, which is the second biggest political party in India. In December, its senior leader, Yashwant Sinha, has sunk as far as to call for the arrest of homosexual US diplomats on Indian soil, following the arrest of an Indian diplomat in the US last month. The arrest of Devyani Khobragade has allegedly caused much bad feeling amongst the Indian public towards the US due to the police treatment of the diplomat. However, Khobragade was in fact arrested for paying her housekeeper just 3.31 per hour, surely a far worse crime than anal sex? It is worrying to think that a prominent political figure will so easily resort to using someone’s sexuality as a means to further a political agenda.

One of the causes of this widespread homophobia is due to India’s stint as a part of the British Empire. The law was originally enforced in 1860 by the British rulers in India, despite India having no previous anti-gay legislation in their Hindu culture. Under Section 377 of the Indian Penal Code, the law read: ‘Whoever voluntarily has carnal intercourse against the order of nature with any man, woman or animal, shall be punished with imprisonment for life, or with imprisonment of either description for a term which may extend to ten years, and shall be liable to fine.’ This law was in fact more liberal than the one previously in place in Britain, where being gay was punishable by hanging! Thankfully, Britain has come a long, long way since then, and hopefully India will soon follow suit. The 2009 retraction of the law indicates that they are not far off becoming a more accepting society, and there is a large pro-gay rights movement in place. Upon the ruling which reinstated the archaic law, hundreds gathered at a popular protest spot in New Dehli. Many of the protesters were not from the LGBT community, with students being some of the biggest supporters of civil liberties.

Of course, India is not the only country to have legislation against gay sex. Currently, 70 out of 195 countries in the world have an anti-sodomy law in place, although it has rarely been implemented when heterosexual couples have anal sex. In Russia, same-sex relationships have been decriminalised since 1993 (with homosexuality being declassified as a mental illness in 1999), but their recent law which bans the distribution of ‘propaganda of non-traditional sexual relations’ to minors has faced much criticism. It means that it is now illegal to distribute material on gay rights and in September Dmitry Isakov became the first person to be arrested under the law. He was holding a sign which read: ‘Being gay and loving gays is normal. Beating gays and killing gays is a crime!’ as a part of a one-man protest. It has been reported that it was his own parents who helped the police to arrest him, with Isakov’s father holding him down! Hopefully, the widespread criticism of the law will help to improve the situation in Russia, where the homophobia is often brutal and violent. One example of this campaign for civil liberties is in conjunction with the upcoming Olympic Winter Games in Sochi, which has prompted 52 Olympic athletes to join a campaign which criticises the International Olympic Committee and sponsors for not doing more to scale back the legislation.

It is important that the issue of gay rights remains at the forefront of the public’s consciousness. It is the talking and publicising of the issue that will bring discrimination to an end in India and other countries. As we may potentially see with India, it could only take a little push to re-decriminalise a silly law and the government are already considering options to retract the law again. The government should take note of what Anjali Gopalan, founder and executive director of the Naz Foundation (which works on HIV-AIDS and sexual health), said: ‘A lot of young people have come out of the closet post-2009. We can’t push them back in.’