Looking long term- what should we really be looking for in a long-term partner? 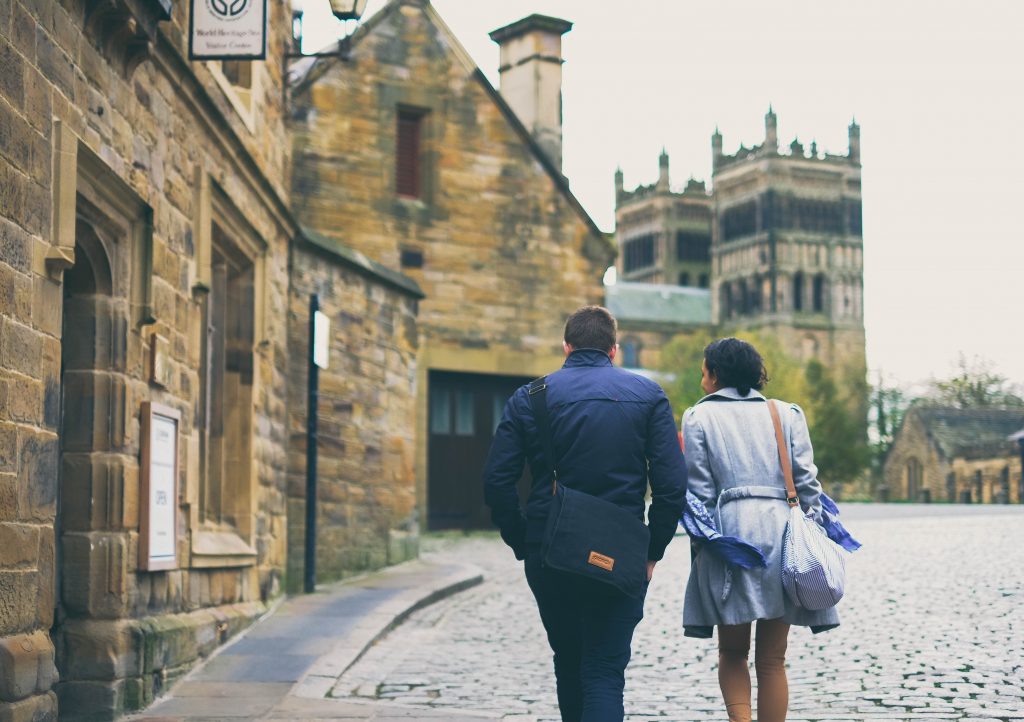 Durham University has the largest number of inter-student marriages in Britain. Supposedly, 10,000 of us find ‘the one’ whilst studying here. So, how do we go about finding that Mr or Mrs Right? Since the rise of ITV’s Love Island, we all seem to be able to list what ‘our type on paper’ is…but do we actually know what we should be looking for?

First of all, we can’t ignore the obvious. While the idea of love at first sight may only be withheld for Disney princesses and Hollywood actors, research has found that physical attraction may be more than just skin deep. Traits associated with attractiveness act as indicators of good health. So, when searching Missoula for a hottie at the bar, we are actually identifying the potential genes of a future partner. Subconsciously, we are distinguishing who is healthy enough to provide for a family and whether you want their genes to be passed down to future children. A ruler may also be helpful for you in this case – studies have found that people with symmetrical faces are not only found to be the most attractive but also to have the best genes, while asymmetrically-faced people are more prone to disease.

I know what you’re thinking- ‘there’s no point in reading the rest of this article then’. But, don’t be fooled, this picking method is not as simple as it looks. We may think that the chiseled jaw-line and toned physique means good genes, however this is not always the case. The psychologist Dion has found that physically attractive people are constantly seen as more kind, strong and successful than unattractive people, even if these traits are not true. So, in the same way that a yellow banana can reveal brown mush underneath, this may also apply to that demi-god in the palatinate blazer. You were warned here first.

Right, you’ve made it past the ‘what college are you from, which year, what course’ and you’re actually out on a date! Chatting away (and you’re sure it’s not just the alcohol talking) and you both reveal personal information about yourselves – this is a good sign! It has been found that high levels of disclosure are linked to feelings of intimacy, so you want someone who opens up. But there’s a fine line in this theory- as soon as they start to mention too much, i.e. their foot-fetish in great detail, you can be sure that this is a not a virtue. No thanks, not on a first date! I know I said self-disclosure is a trait you want in a partner, but studies have found this ‘too much too soon’ approach may indicate that the person is maladjusted (although asking for you to take your shoes off before the date started should have signalled this already).

However, if you too like a bit of foot action, you’re in luck! Similarity in attitudes and beliefs is the best predictor of a relationship becoming stable and heading into the long-run. When people believe in the same things, it reinforces our own choices, making our world view more stable and so we like them more. This also works the same way if you hate the same thing (or person) as it validates our own beliefs, boosting our self-esteem. So, when you’re ranting (again) about the violinist on the floor above, thinking you’re a pessimistic nag, neighbour Nick may be feeling the exact same way, which may lead to something more than a casual ‘hi’ walking past each other in the corridor.

Although this ‘same, same but different’ attitude is a handy one to keep in mind, we shouldn’t just be looking for our Siamese twin. It’s not just similarity which we like but also differences. The whole idea that ‘opposites attract’ comes from the way that many partners are attracted to one another because their partner has a trait which they lack. Think of weighing scales – each side balances the other out. So, when you get that email for jujitsu soc which you signed up for in fresher’s week, who knows, this may actually be the unlikely place that you find your baby daddy.

There are also differences in future partner traits you should be looking for depending on your sex. Since men have an abundance of little swimmers compared to the relative scarcity of a woman’s ova, women are typically choosier than males, with higher demands for settling down with someone. Woman usually look for resource rich partners and those with status so that they have help when providing for their offspring to carry on their genes (see sugardaddy.com for more details). Men on the other hand look for signs of fertility, i.e. signs which indicate healthy eggs. However, as a sharpie on the forehead saying ‘FERTILE’ hasn’t particularly caught on, there are cues which signal whether a female is fertile. For example, ageing…which is why females are much more concerned with looking young. To all you second year sharks out there, you’ve got the right tactics!

So, when looking for a partner in Durham, consider that (and you should already know this) however tempting, looks are not all that they seem. But maybe a ruler alongside the lippy in your clutch bag wouldn’t go amiss.